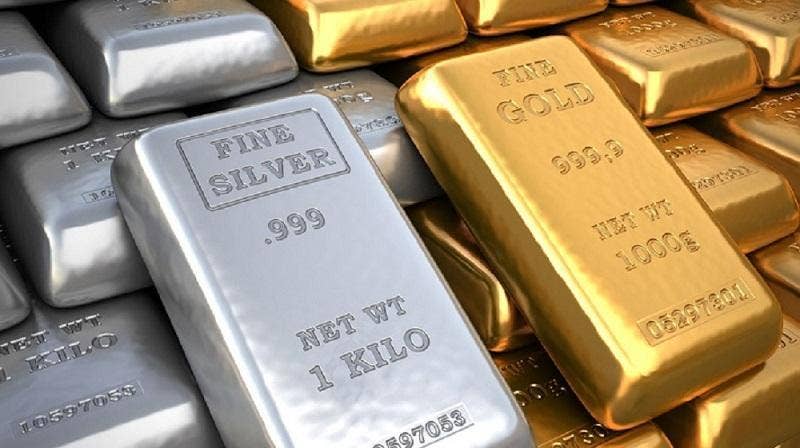 Gold has decided to go up and test its 2011 peak of 1923. As I said last week, the week before, and originally in an interview back on July 6:

“I don’t rule out a test of the 2011 record high before we head down, but as I’ve said, I sincerely doubt we break it on the first attempt, and even if we do, it is likely to be a false breakout.”

The alternative bullish scenario would be a break through 1923, up to or beyond 2000, then back down to 1900-1920, then Gold explodes higher. Which one plays out depends on the Fed next Wednesday. Should they announce more stimulus, Gold could go even higher. If, however, they disappoint the market and do nothing new, then given the rally we’ve seen since the March low, especially in Silver, I believe the risk is that it is a “sell the news” event. Any drop in stocks, which also affects precious metals, will of course be blamed on the renewed lockdowns, like the crash in March. This is despite the fact that liquidity drives markets and the Fed controls that. How else did we get a rally in stocks back to near all-time-highs while the economy cratered? That said, with every Fed decision it could go either way. Given that the upside is potentially unlimited, our focus should be on how low it could go should the bearish scenario transpire. 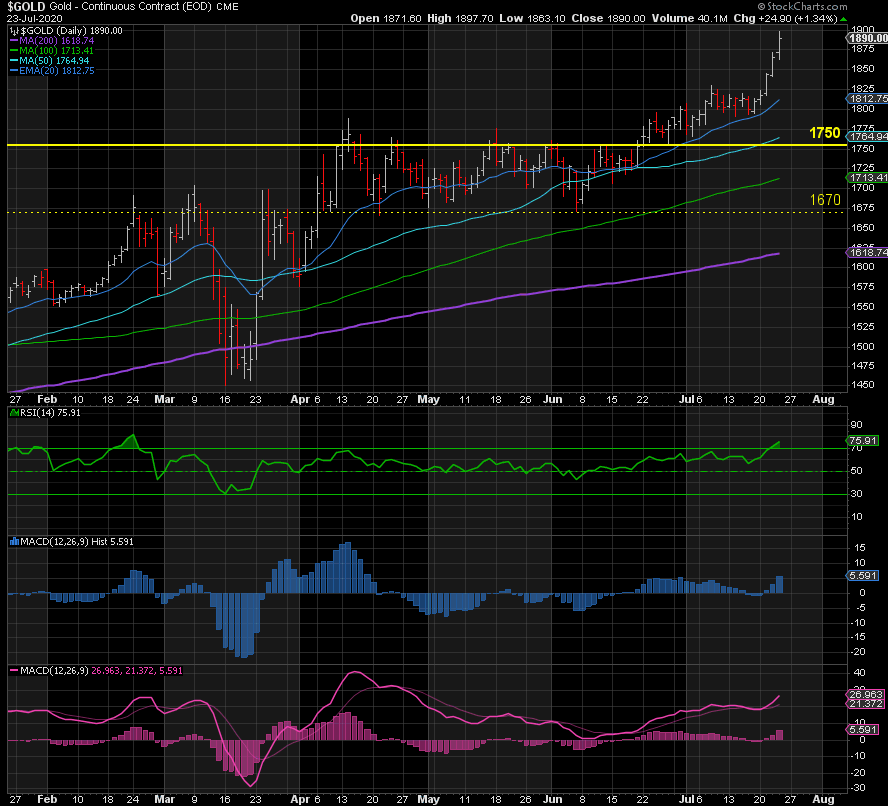 The primary level of support on the downside for Gold remains ~1750. It took three months to convincingly break through there and once it did, Gold took off. Should Gold break 1750, the next level of support would be 1670. Below there and the 1500s are likely, perhaps even the 1400s, but this is a low probability unless 1750 is taken out and 1670 thereafter. Until then, the trend is your friend. Upward trends, which by the way, are defined by higher highs and ‘higher lows’.

Once again I repeat: if and when precious metals fall and everyone starts to lose faith, that is the time to buy, because the rally that follows is going to make this one since March just a preview.

As for Silver, although it has outperformed Gold on the upside as expected, if Gold falls, so does Silver. 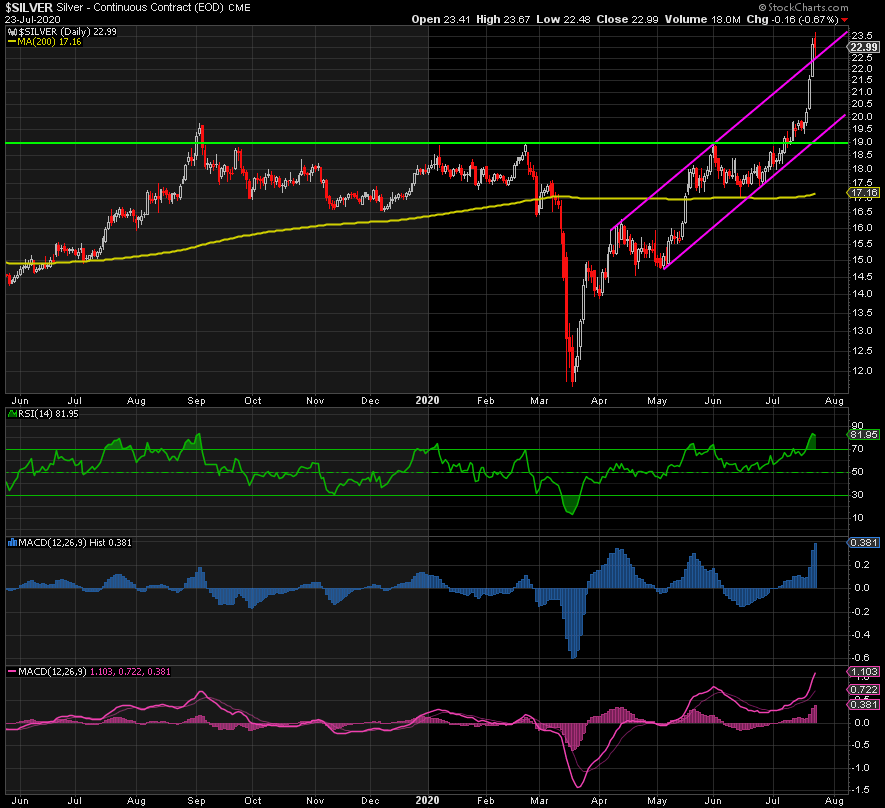 Silver had been in a well-defined channel since April until it broke through to the upside this week. However, as with Gold’s test of its 2011 peak, the risk is that this is a false breakout. Although all of the previously observed negative divergences on the daily chart have been broken, all of the indicators are now at beyond extreme overbought levels.

The RSI just tagged the same peak as in September, which saw Silver reset that overbought extreme over the next three months. If history repeats, I expect it to last about two months this time around.

The MACD Histogram and MACD Line are at their highest levels since September 2013, when it peaked at 25 and dropped to 18. When it has been at these levels in the past or higher, it either fell straight down or we saw a negatively divergent higher high in price first. But don’t get me wrong, once this is out of the way, I believe the MACDs are going even higher to match the 2011 peaks or beyond. Yet even prior to those 2011 highs, there were pullbacks along the way.

The bullish scenario is that we got the retest of the topside of the channel today and we go on our merry way higher. The bearish alternative is that we fall back down into the channel and test the bottom line in the low 19s. 19 itself was major resistance on the way up and held on at least four occasions before it was broken this month and then took off. This makes 19 or slightly below it to around 18.80 a key support area. Below there and the 200-day moving average just above 17 comes into play. But as with 1750 and 1670 in Gold, until 19 to 18.80 are taken out, this is a low probability.

There’s no need to go into sentiment. That is euphoric at this point, which is typically the time to be cautious. If the bullion banks get any kind of momentum going to the downside, many will race to cover quickly by selling their longs, especially those late to the party.

My recommendation for those of you like me who own the physical metals and miners is to sit tight and wait to buy the dip after it has bottomed. There’ll be plenty of upside thereafter. How will we know? At the risk of beating a dead horse, it’s simple: When the Fed does another 180 degree turn and opens the monetary spigots full blast again or the U.S. Treasury makes a helicopter drop of the $1.5 trillion or more it has in excess cash reserves, or both. Throw in the coming cap on bond yields and therefore real yields by the Fed to prevent rates from spiking higher when these dollars printed out of thin air hit the economy, and it’s “CYA time” for the metals and miners. A coincident dump in the dollar won’t hurt either. Then we can sit down and pass the champagne around while we try to figure out how high Gold, Silver, the miners, and most especially the junior miners will go… imho.

News
865
The Pain Is Almost Over
By David Brady
News
291
Treasury Yields Rally May Trigger A Crazy Ivan Event (Again) In The Market
By Chris Vermeulen
Ask The Expert
1630
In Like A Lamb, But Where Is March Going? - Precious Metals Projection, March 20...
By Craig Hemke