Higher Highs and Lows Ahead in Precious Metals and Miners 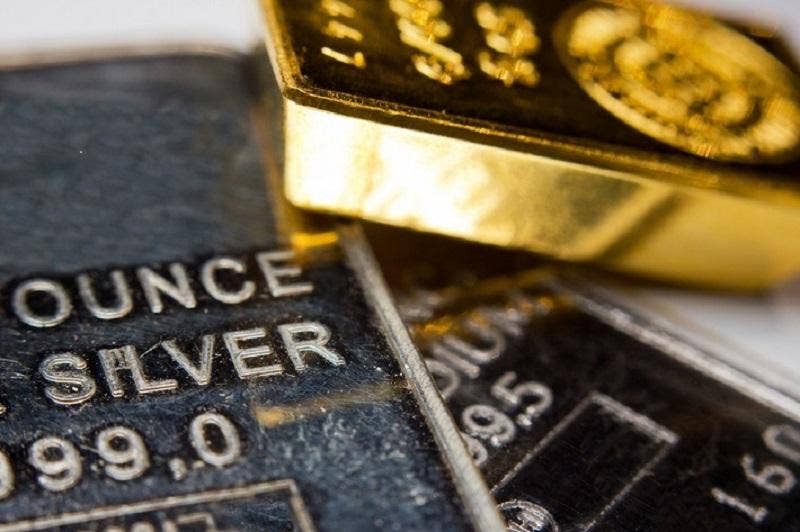 Sentiment is one of the best contrarian indicators there is, but it is just one of the tools that I follow as part of my data-driven process. That said, it works extremely well in the precious metals and miners space, because people who invest there—like those who follow Bitcoin—are extremely passionate about their positions for reasons that transcend just potential gains or losses. This typically leads to extreme bullishness or overexuberance at peaks as well as anger, depression, frustration, and finally apathy at troughs. Extremes in sentiment such as these reinforce the notion of “buy low, sell high”, the obvious but critical truth to trading and investing. As Warren Buffett aptly suggests, sell when everyone else is buying and buy when there’s blood on the streets.

When combined with other tools such as classical technical analysis, positioning, fundamentals, Elliott waves and Fibonacci levels, and inter-market analysis, sentiment is a truly accurate forecasting tool.

My expectation for a “short-term” pullback in precious metals and miners over the next 2-3 months is driven by all of these tools. The Fed is tapering liquidity. Daily, weekly, and monthly technicals are either extreme overbought or negatively divergent—or both. And based on the responses I’ve received on Twitter since I recommended people be more cautious, the extreme bullishness in sentiment has been emphatically confirmed. I see this every time at peaks in precious metals and miners, and this time is not different. The only question is how high we get before the reversal begins and how low we go thereafter.

The argument that “this time is different because the Fed is printing on steroids like we’ve never seen before” is true medium term and long term, and it has been the core of my rationale for investing in Gold and Silver. This is why I have never sold a physical coin or bar since I started buying in 2015. However, the Fed has now tapered that liquidity from $3 trillion in the past three months alone to just $1 trillion in treasury bond buying over the next year, or $250 billion a quarter, the definition of a massive reduction or taper.

The other argument I often hear is that we’re in an uptrend and therefore signals like technicals, positioning, and sentiment no longer matter. This illustrates the emotional bias I see so often at peaks. Simply put, uptrends are defined as a series of higher lows and higher highs. Nothing goes up in a straight line forever. In order to establish higher lows, you need pullbacks. It’s that simple. The notion that uptrends or bull markets never suffer pullbacks in size is, to put it politely, not supported by historical data to the contrary. Or put more bluntly: common sense.

Setting emotions aside and focusing on the data, the graph and table below show the numerous pullbacks, some smaller and some enormous, that have occurred during the bull market from 2001 to 2011 and the current bull market since the December 2015 low. In other words, notable pullbacks are to be expected during overall uptrends.

Peak-to-trough losses were as follows:

It is therefore not only fair and reasonable but logical to expect a pullback for a higher low within an uptrend. Such reversals should not be feared but welcome, as they reset the overbought technicals and bullish sentiment and create the perfect conditions for the next rally to occur.

Getting back to the issue at hand. Gold has continued to drift higher recently, despite the extremes in technicals and sentiment in particular, and it may continue to do so. Details on those extremes are covered in my prior two articles. However, as historical precedent shows over and over, ultimately these conditions and divergences tend to catch up to price eventually, and the longer it takes, the deeper the dive that follows. For this reason, I would prefer a garden variety pullback sooner rather than later, but if we do continue up to the 2011 peak—which I sincerely doubt we will break on the first attempt, or if we do, it’ll be a fake breakout—then the ensuing drop will likely be faster and deeper.

As I’ve stated before, given this is a bull market, I am not recommending anyone go short, but if you do have sizeable trading gains on metals or miners, it may make sense to take some profit off the table or add hedges on your physical holdings. Alternatively you can just leave the dust on your physical holdings and wait to buy on the ensuing dip, given what’s going to follow thereafter.

I’ll finish by saying that following the coming drop, I expect the Fed to turn on the monetary spigots full blast again ahead of the November elections and cap bond yields in the process. When that occurs, it’ll put a historic floor under precious metals and miners that will catapult them all to new record highs and then some, imho.

Sohail
Reply
David that is a very good balanced presentation.However it is very difficult to predict in advance exactly when these turning points will happen.
Reply

Alan Martin
Reply
Hi David Really useful article indeed. Many thanks and just signed up. One question I'd like to ask is what would are your thoughts of the reintroduction of a gold standard, circumstances and timescales surrounding such a move? Many thanks again.
Reply
Leave a Comment

News
382
A Renewed Surge in COVID-19 Cases Rattles Investors
By Nathan McDonald
Weekly Wrap Up
3640
Close to the Low in Gold and Silver? - Weekly Wrap Up
By Craig Hemke
News
3120
Pain Almost Over, Let the Gains Begin
By David Brady