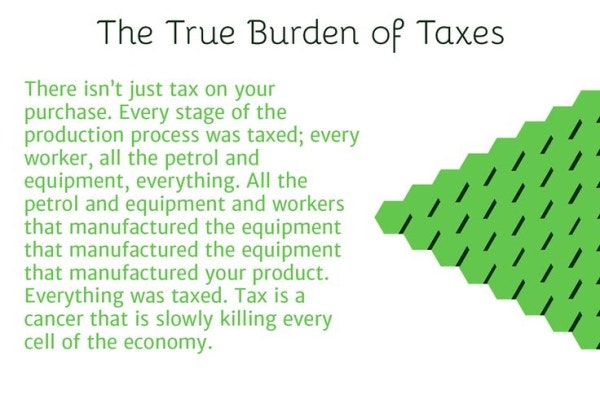 John Maynard Keynes once wrote that: “… by a continuing process of inflation, governments can confiscate, secretly and unobserved, an important part of the wealth of their citizens….in a manner which not one man in a million is able to diagnose.” Recently, Michael Hiltzik illustrated that he is not one in a million.

Few business reporters today, most whom studied fields such as journalism, or worse, literature and communications, have formal training in economics or history. Fewer still were in school before the early 1970s, when economics departments effectively stopped teaching about the gold standard, after US president Richard Nixon, broke the dollar’s link to gold.

So the fact that Hiltzik, - and others, such as Jason Zweig, of the Wall Street Journal, who recently labelled gold “ a pet rock,” or CNBC producer Alex Rosenberg, who called a prediction that gold would rise to $5,000 an ounce the “worst” ever made on CNBC, - would trash the yellow metal, is understandable. More so because their arguments make some sense – on the surface.

That said, the rise of the gold standard as an electoral issue, provides a useful opportunity to refute some of the objections to it. Let’s start with the three cited by Hiltzik.

Hiltzik’s argument that the ability to print money, unfettered by a gold standard, gives governments increased ability to act during financial crises, is not only true, it is nearly impossible to refute. All governments abandon links to gold, during times of war, though often with disastrous results. For example the US government printed so much paper during the revolutionary war, that at the end, it was all worthless. The confederacy’s experience during the US civil war, netted the same results.

Of course governments have long learned to invoke a new “crisis” not just during times of war, but essentially every day, to justify continued printing under all circumstances. Hence the US government and Federal Reserve have been in “crisis,” mode, since 2007 at least. But both have also evoked the terms following the dot.com bubble in the year 2000, the 1998 Asian Crisis and accompanying Long Term Capital Management implosion, the 1994 Mexican crisis, the 1987 crash, and to uncountable events in between.

Government economic policy in this regard, not just in the United States, but throughout the Western world, can be broadly summarized as follows: constant crises, to justify constant short-term pump priming of the economy. In fact few reporters working today, have ever covered a true rate tightening cycle, nor a government that cut actual spending (as opposed to cutting the growth in spending).

Hiltzik’s second major argument against the gold standard: that there is no guarantee that it promotes “economic stability,” is also hard to refute. Anyone who has watched oil prices lately, which fell from over USD $100 per barrel, to near the USD $30 handle, as these words are being written, can attest that economies, like human beings, are inherently unstable.

Governments have long learned to take advantage of this fact, as discussed above, by invoking these repeated “crises,” which they say require more “action.” However many, if not most, of these government moves, consist of wealth transfers to their favorite groups. The United States Congress for example voted a stimulus package worth more than $800 billion after the last recession, much of which consisted of raises to government employees, tax cuts to special interest groups and the like. “Shovel ready,” infrastructure projects, which have at least some justification during times of trouble, were few and far between.

More broadly, one only has to look at the “ghost cities,” across China to grasp the mal-investments that occur when governments attempt to juice up the economy. Here on the home front another example is the bubble in US equities, during a time when total corporate earnings are actually falling - all of which is camouflaged by stock buybacks financed by low interest rates.

The real problem posed by these government interventions and promises, is they have lead the public to expect action by others to solve their problems. This to the point that many Americans refuse to adjust their earnings expectations during tough times, or to take jobs that are “beneath them,” as evidenced by the labour force participation rate, which hovers at near record lows.

The real question is not whether gold makes the world more or less stable. The real question is what to do about the inherent instability. Do we allow a series of small crises to erupt and then to work themselves out? Or do we attempt, through government interventions financed by borrowing and money printing, to stamp out all problems as they occur, only to foster colossal, unprecedented bubbles? Western governments have chosen the latter course.

We will soon see how this plays out. The early signs can already be seen in the successive bankruptcies and monetization of private sector and municipal pension plans, a process that is likely to continue in a world, in which government bonds pay no little or no interest in real terms, and in which the stock market has been inflated to the point that returns over the next decade are likely to be negligible.

Hiltzik’s final argument, that the gold standard benefits only the creditor class, also sounds good on the surface. Particularly if you believe that people and governments should pay back, instead of inflate away, their debts. The trouble is that – as historians Will and Ariel Durant observed in their grossly underestimated book “The Lessons of History,” - there really is no rentier class any more. The wealthy have long learned that the only way to escape government inflation and money printing, is to put their money to work by investing in businesses and hard assets.

Today’s “creditor class” of bond holders, consists largely of the public, who hold those bonds either in their retirement accounts, or indirectly in their pension plans. And as noted above the formula there is simple: if those pension plans don’t earn money on their investments, the contributors will not get paid back.

A dime a dozen

However it is the economics profession itself that absolves MSM of nearly all of the blame, for its confusion on gold. Hiltzik cites a 2012 survey by the University of Chicago of 51 “experts,” drawn from a “spectrum of economic theory” as to whether a return to the gold standard is a good idea. Not a single one did.

This of course is not surprising. That’s because a researcher who believed in the gold standard and wanted to study it, is unlikely to be given grants, research funds or even a job, in any major university. That’s a problem. Because as I have detailed in a previous article (The Krugman Con), for more than four decades now, the economics profession has been advocating policies that have led the western world to the brink of what will likely be catastrophe, though at this point, it is uncertain whether the consequences will be inflationary, deflationary or some combination of the two.

Governments, which in the western world, extract between 40 and 55 percent of gross domestic product, will always take what they can. A gold standard, would be unlikely to change that. However by limiting government’s ability to print money, the gold standard would force them to tax these funds openly, as opposed to “secretly and unobserved,” as Keynes noted. This would give voters a chance to have a say in the matter.

By not understanding this crucial fact, mainstream media reporters who attack gold, without taking a closer look at the historical and economic implications, are far from “one in a million.”

News
851
The Piper is Calling: A Sea of Debt, a World of Problems
By Nathan McDonald
Weekly Wrap Up
4229
The Calm Before the Storm - Eric's Weekly Wrap Up
By Craig Hemke
News
1042
Waiting on New Stimulus
By David Brady