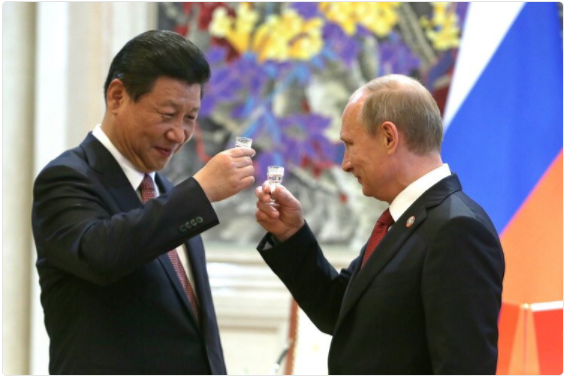 It is healthy now and then to take a step back from the short-term charts and look at the big picture. Given the recent massive rally in metals and miners, and the peak in the dollar, now seems like as good a time to do so as any other.

Prior to the 1929 crash in stocks, the U.S. had enjoyed ~10 years of prosperity, due primarily to the destruction of Europe and the need for agricultural and industrial exports to feed and rebuild the continent following the first World War. Credit was cheap and easily available. Public, corporate, and household debt piled up to record levels. Speculation in stocks was rife. Real estate, booming. The number of new millionaires, the equivalent of billionaires today thanks to inflation, was growing daily. Everyone was in a state of euphoria.

Then the 1929 crash in stocks occurred, and everything changed overnight. Americans, optimistic by nature, believed it was just a normal correction and that the economy would recover quickly. The ensuing Depression did not end until twelve years later, when the U.S. entered the Second World War. All of the efforts of the U.S. government and the Federal Reserve to revive the economy before then failed, such as:

Import Tariffs – The Smoot-Hawley Tariff Act of 1930 raised import duties to protect American businesses and farmers from cheaper foreign imports and promote domestic growth. Exporters to the U.S. responded in kind by raising tariffs on imports of U.S. goods. A global trade war had begun.

QE – In 1933, the Federal Reserve was authorized to buy toxic mortgages from the banks in order to provide much-needed capital and promote growth through new bank loans to businesses and consumers. But the banks preferred to keep the new money as excess reserves given the awful business climate. The Fed also began buying U.S. government bonds to finance the spiraling deficits and debt, as tax receipts collapsed and spending on new relief programs and bailouts soared.

Devaluation of the Dollar – FDR aggressively pursued a policy of dollar devaluation, in order to promote domestic growth by making imports more expensive and exports cheaper, and to increase inflation, thereby encouraging consumer spending. Foreign nations responded by weakening their currencies also. A global currency war was under way. After confiscating much of the Gold in the United States at the price of $20 per ounce, in February 1934, the dollar was devalued by 60% to $35 per ounce.

Although there were several spurts and starts in the stock market, growth, and inflation during the Depression, none of these polices provided anything resembling a sustainable recovery, and unemployment remained stubbornly high while deficits and debt skyrocketed.

Sound familiar? It should. We are seeing many of the same policies today and likely even more of the same in the future. The clear winners from the policies in the 1930s were Gold and Silver. There is no reason to expect anything different this time around—save for an even more spectacular rally in both, given the new records in debt and deficits globally and the massive amount of money-printing to finance them.

There is a risk of short-term deflation if stocks plummet to new lows, which could drag metals and miners lower, but given the expected response from the authorities in terms of “stimulus on steroids”, I would not expect that to last for too long.

In the early 18th century, John Law’s famous experiment with the use of paper currency instead of Gold and Silver to finance France’s massive debts and deficits failed when several notable investors, including Richard Cantillon, decided to take their massive profits on the scheme and switch their paper back into gold and silver. Everyone else soon tried to follow suit, dooming the experiment.

In the 1930s and again in the 1960s, the Europeans chose to do the same thing when they demanded gold from the U.S. in exchange for U.S. dollars. The latter period ended with the closure of the ‘Gold Window’ by President Nixon in 1971, making the U.S. dollar a purely fiat currency backed by nothing but the full faith and credit of the U.S. government. Then the dollar proceeded to dump in value over the next ten years while gold and silver soared to record highs.

In the past ten years, China and Russia have been stockpiling gold and silver, and more recently, selling U.S. treasury bonds and dollars in exchange for Gold. Many other central banks have been buying or repatriating their Gold also. It is my firm belief that they are doing so to hedge against a crash in the dollar.

The common themes here are: