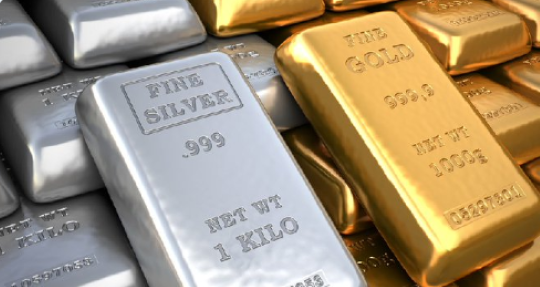 Gold reached its highest level in seven years this month, and that’s just the paper price. The physical price is even higher, thanks to persistent demand and supply issues. Now we’re seeing the same thing happen in meat prices as processing plants are closed due to COVID-19. Courtesy of @GoldTelegraph_:

Meat prices are soaring even with the huge spike in unemployment. Demand has at least remained constant, while supply has crashed. This undermines the argument that deflation is the primary issue. Covid 19 isn’t confined to just meat plants and gold refineries or miners. I can’t even get trees for my farm due to issues with labourers and social distancing. I expect supply shocks to be widespread and more than just temporary. All while currencies everywhere are being printed into oblivion. This is similar to what happened in the stagflationary 1970s, but given the unprecedented increase in fiscal and monetary stimulus globally, I expect hyperstagflation this time around.

Gold rose 24x from 1974 to 1980. Silver rose 36x. That was during a period of stagflation. One can only imagine the gains during a period of Hyperstagflation. This doesn’t rule out short-term pullbacks—nothing goes up in a straight line. Such pullbacks are healthy in a bull market. Any significant drops in physical prices would be a gift. That said, outlook for Gold and especially Silver looks extremely positive in the years ahead.

Treasury Inflation-Protected Securities’ (“TIPS”) prices are the inverse of real yields and therefore near-perfectly correlated to Gold. When real yields rise, TIPS and Gold fall, as shown above in 2008.

Gold and Silver plummeted from April to October 2008 before they ran up to new record highs in 2011. This was because real yields spiked higher as nominal yields remained stable, but inflation expectations dumped in line with the stock market crash. Simply put:

However, this time around, there is an asymmetric risk to the downside in real yields.

In my article back on January 30th (https://www.sprottmoney.com/Blog/feds-plan-to-cap-yields-signals-higher-gold-and-silver-prices-david-brady-30-012020.html), I lay out the various announcements from the Fed on their plan to cap bond yields going back to the FOMC meeting last October. It also explains why they plan to do this. They key takeaways are as follows:

Repeating what I said earlier:

Short-term rates are already capped via the Fed’s intervention in the repo market. The Fed will likely decide to cap the 10-year at 2% to 2.50%, imho. It also wants to increase inflation to above 2%. It may be more successful in doing so than it wants to be, thanks to all of the money-printing they are and will be doing. It is difficult to put the inflation genie back in the bottle once it gets out. They can’t raise interest rates if it does; debt interest cost would soar. They can’t stop buying treasuries, either, for the same reason, because yields would rise. With this in mind, capped yields and the potential for higher inflation, real yields can only fall. Assuming the correlation continues to hold, this in turn means (short-term corrections aside) that Gold and Silver can only go up. Think about that.”

By the way, I believe that 2%-2.50% cap level has dropped considerably given the historic events since January.

Simply put, if the Fed does implement a cap on bond yields and inflation does rise, Gold and Silver are going higher. Now substitute the word inflation with hyperinflation or hyperstagflation and who knows how negative real yields could become and how high Gold and Silver could go.

This expectation is garnering some excellent company:

This means a sharp drop in physical Gold and Silver prices is highly unlikely unless we get a massive deflationary shock that sees inflation expectations fall faster than bond yields. That said, if that were to happen, then the money printing from the Fed would likely make monopoly money more valuable than fiat currencies, including the dollar.

In conclusion, unless the global central banks pull the plug on money printing sooner rather than later, which I seriously doubt, or they decide to dump their physical holdings (they’re buying), I don’t foresee any scenario where physical Gold and Silver don’t rally in spectacular fashion in the months and years to come.