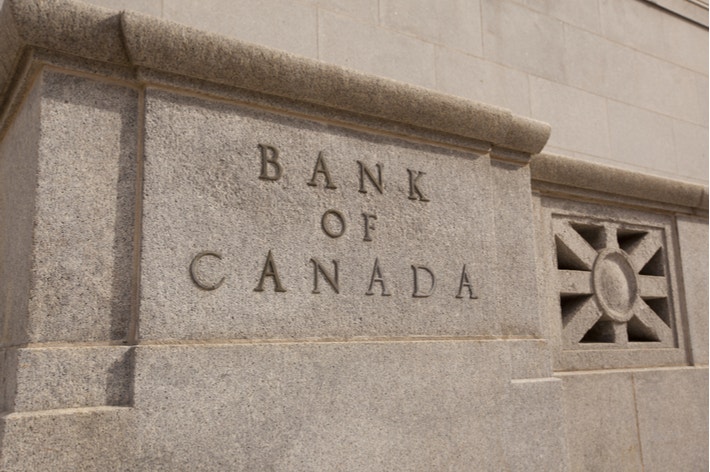 Montebello - Carolyn Wilkins’ speech to the G7 big shots assembled in this cozy resort earlier this month was a big success by central banking standards.

The Bank of Canada’s Senior Deputy Governor demonstrated visible concern as she discussed the plight of the billions left behind in an era of innovation and technology transformation.

The assembled crowd, made up of the usual government bureaucrats that tour the world on the five-star conference-junket circuit, applauded approvingly.

In fact, Wilkins—who shares the spotlight with Governor Stephen Poloz during the BoC’s quarterly monetary policy press conferences—has been so good in her auxiliary roles, she raises the question as to whether she could one day become Canada’s first female central bank head.

Just as importantly: how would a female Bank of Canada governor conduct monetary policy? And what affect would she have on the economy, gold and other investments?

Those questions are more than academic. Despite recent steady economic data, there are growing signs that, under the Poloz regime, Canada’s financial position has been deteriorating precipitously.

During the four years since the Governor took the helm, the Bank of Canada’s low interest rate policies have sparked massive systemic stock, bond and housing bubbles.

Worse, according to Statistics Canada , during Poloz’s easy money tenuregovernment, business and personal non-financial debts have risen to a record $5.8 trillion as at Q3 2017. That’s a 26% increase from the $4.6 trillion owed four years ago (just before Poloz first took office). That works out to $161,000 per-capita or $644,000 for each Canadian family of four.

Poloz, who has considerable private sector experience, thus clearly knows the mess that the country is in and is showing signs he may be looking for a way to get out of Dodge.

The BoC Governor’s recent steps to give more visibility to his deputies, for example, provide Poloz a way to shift the blame for the governing council’s disastrous recent accommodation, should the worst occur.

(In addition to Wilkins’ growing presence, other BoC officials will also be increasingly thrown in front of the cameras. These include Deputy Governor Timothy Lane, who will hold a press conference in early March—a rare occurrence).

Skeptics would argue that Wilkins (who is the first woman to hold BoC’s Senior Deputy Governor post) is only affirmative action “eye candy,” placed there by politicians eager to appease female voters.

They also would point out that Wilkins, who does not have a PhD—a huge liability in the world of central banking eggheads— appears less qualified than her male junior governing council members.

Finally, they would point out that Wilkins isn’t even allowed to voice her own opinions. The fact that all Bank of Canada speeches are circulated for comments among governing council members provides Poloz the means to keep all staffers on a short leash.

However, none of that matters. The Bank of Canada’s top job, in large part, consists of communicating policy to the Canadian public, and Wilkins clearly excels in the role.

Furthermore, cursory indications are that whatever gravitas Wilkins may have lacked following her initial appointment as Senior Deputy Governor, she will have certainly compensated when the time comes to fill the Governor’s spot.

A girl with a credit card?

This raises the question as to how Bank of Canada policies would change under a Wilkins-led regime. That, too, is hard to assess given very real restrictions on the central bank’s actions.

These include its rate-targeting “agreement” with the Canadian government; huge pressures from a variety of sources to track US interest rate policies; and strong oversight by the Department of Finance (categorized as “consultations”).

As if that weren’t enough, Poloz’s tight leash on his deputy (he was sitting in the front row when she delivered her Montebello presentation) make it hard to assess whether the words she spoke were hers or his.

That said, the fact that Wilkins would be the Bank of Canada’s first female Governor will almost certainly translate into policy.

A 2013 American Economic Association survey of economists found that women are more likely to favor high minimum wages, regulation and redistribution. Wilkins’ Montebello presentation, which was riddled with prescriptions for government actions and increased checks on markets, suggest that she would fit the mold.

A preliminary assessment would thus be that a Wilkins-run BoC would lean toward even looser monetary policy than her predecessor.

Continued expansion of an increasingly bloated money supply would, of course, be great for governments, bankers and their related special interests. Gold investors who want to bet against them should also do well.

Whether further stimulating the “everything bubble” would be good for ordinary Canadians is a whole other matter.