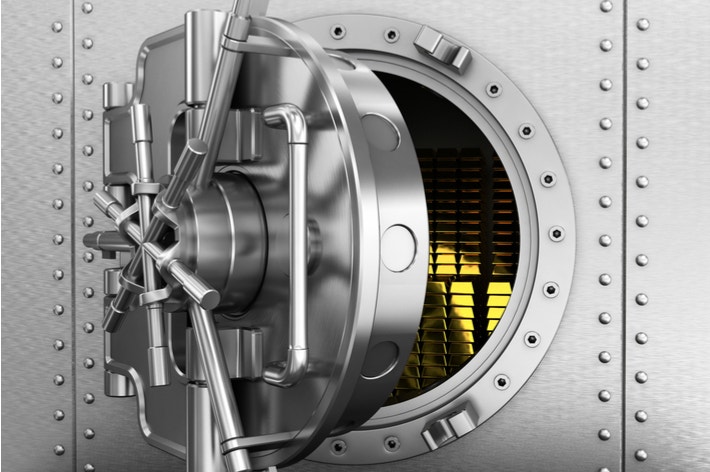 Much has been written lately about the size and scope of JPMorgan's COMEX silver vault. We thought we'd add to that conversation today.

First of all, some background.

JPMorgan didn't even have a COMEX silver vault in early 2011. The application was only rushed through in March of that year, and they began accumulating silver that summer. (https://seekingalpha.com/article/259549-will-jpmorgan-now-make-and-take-delivery-of-its-own-silver-shorts) See below for a graphical representation from GoldChartsRUs.

Since 2012, JPMorgan has aggressively "stopped" contracts during the COMEX delivery process. The most recent data shows that the House Account of JPM took control of 5,239 silver contracts in 2015 and another 4,960 in 2016. They added 5,489 in 2017 for a three year total of 15,688 contracts. At 5,000 ounces per contract, that's 78,440,000 ounces of silver straight into the JPM proprietary account and likely included in the "eligible" category on the CME Silver Stocks report shown below:

So it's easy to conclude that this massive hoard of silver is not customer silver in storage nor is it held in custody as a part of the SLV. Instead, this is very likely JPM's own silver, against which JPM can issue contracts as an alleged hedge. Just as selling call options against a large equity position can yield an investor additional income, we believe JPM sells futures against this physical position. This allows them to manage price and consistently create profits for their commodity trading desk.

This dominant position also allows them immunity against pesky regulations put in place to assure against monopolistic and manipulative control of the markets. The stated front and delivery month position limit in COMEX silver is 1,500 contracts. However, as you can see below, twice in 2017 the House Account of JPM was in clear violation of these limits by stopping 2,689 contracts in March and another 2,800 in December.

We filed an official complaint with the CFTC in March of 2017 (https://www.tfmetalsreport.com/blog/8243/march-COMEX-silver-deliveries) and reported this second violation in December. In an exchange of voicemail messages on the matter, we were told by Charles Ricci of the CFTC that "there are (position limit) exemptions that apply with regard to hedging if your firm qualifies."

So there you have it.

JPMorgan has amassed a monopolistic and manipulative position in COMEX silver. They can create and sell thousands of COMEX contracts and then justify their short position (and clear violation of mandated position limits) through their CFTC-blessed "qualified exemption".

These are your "markets" in 2018. They are dominated by Big Banks—often operating under the veil of protection offered them as Primary Dealers for the Federal Reserve. The so-called regulators have been marginalized to the point of being powerless to enforce even the simplest of statutes. Thus, price manipulation continues with no end in sight.

Paul D. Bain
Reply
I would like to know what Harvey Organ, Bart Chilton, and others have to say about all of this.
Reply

Herb Norcott
Reply
Gee thanks for helping me to finally feel better about listening to Eric Sprott years ago.
Reply

PDK@pddkkiernan@gmail.com
Reply
Hard to swallow that Ted Butler nowhere mentioned here - he the longest-standing author on this topic. Not to say Craig Hemke hasn't done his own spade work, but not even to mention Mr. Butler outrageous. That said, the presentation clear and concise - in fact, better than I've seen elsewhere.
Reply

Eric Hupin
Reply
Hello, So, JP Morgan would have a big position in order to be able to sell short ? Somehow, I don't understand why JP Morgan would be accumulating such a huge quantity of silver if it did not expect to resell it at a higher price. I stand ready to be enlightened. Regards and thanks, Eric
Reply
Leave a Comment