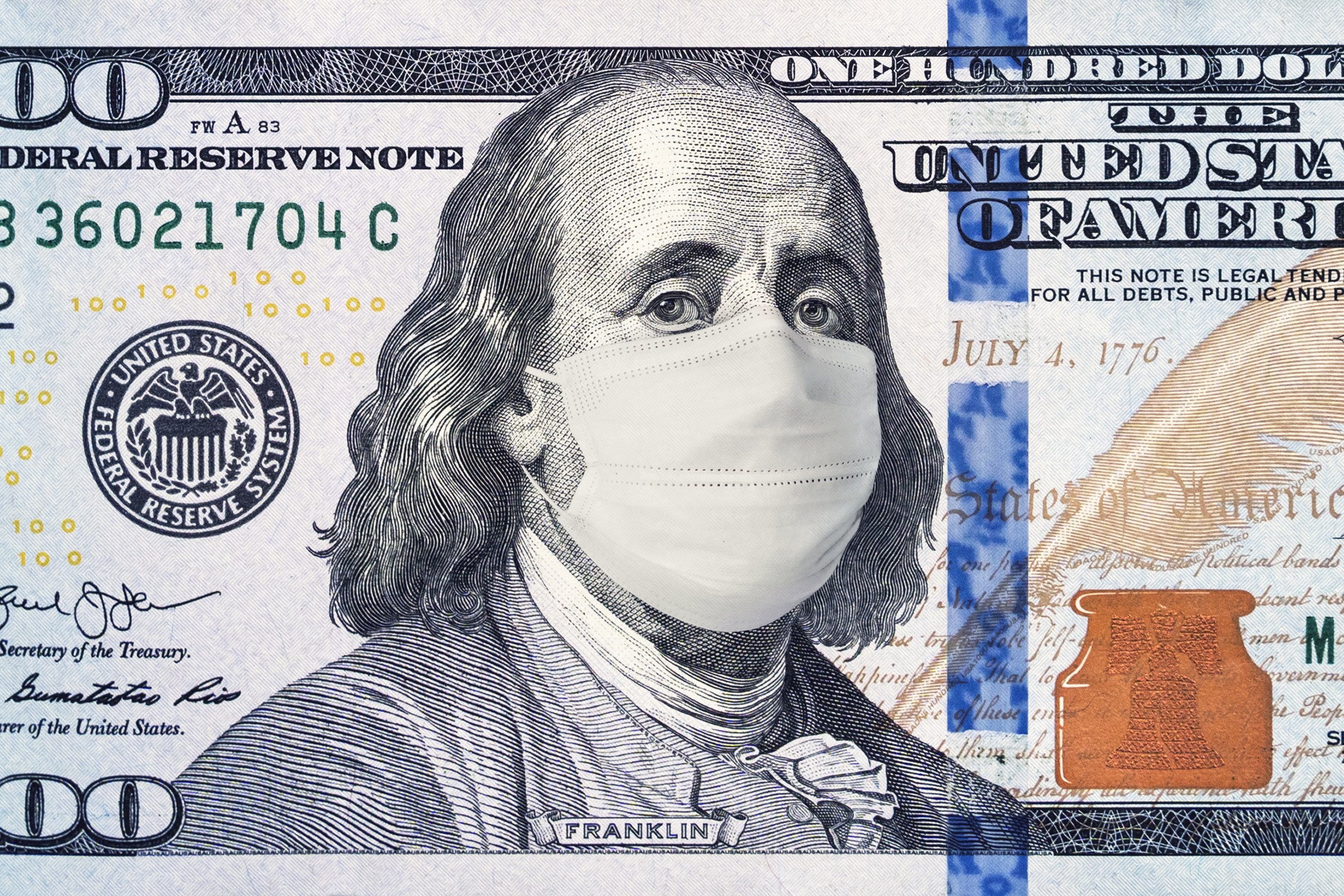 The situation across the globe is deteriorating rapidly, and I am not just talking about the continued spread of COVID-19 but the ramifications that come with it, ones that will likely have dire consequences in the coming months to years.

The financial collapse we are now living through is the most serious of these ramifications. It has gutted many businesses, and the following weeks will bring the highest level of unemployment the Western world has ever seen.

This means that big government is being looked to more and more to help sustain the system in the short term. By printing copious amounts of fiat money, they hope to plug as many holes as possible—while new leaks spring up all around them.

I don't envy this position, and unfortunately they are stuck between a rock and a hard place.

Save the economy and keep business open as usual or shut down the whole globalized world and crash the markets, potentially destroying millions of jobs forever while saving millions of lives in the short term. These are their choices at the moment.

Clearly governments have chosen the latter, going into full-blown bail out mode.

This has resulted in a monstrous spike in government debt levels, as they continue to debase their currencies and print money out of thin air.

Dwarfing all others, as would be expected, is the Federal Reserve, which has expanded its balance sheet by ungodly levels in just three short weeks.

As can be seen from the chart above, the Federal Reserve has added a staggering $1.6 trillion to their balance sheet since March 13th, when the bailouts kicked into high gear.

This brings their current total levels to $5.81 trillion, which highlights just how rapidly the Federal Reserve is being forced to intervene in the markets.

To put this into perspective, as of the close of Friday’s trading session on April 3rd—in which the Fed's balance sheet is estimated to be approximately $6.0 trillion—the Federal Reserve will have added more than the entirety of QE3 in just three weeks!

This is fiat money-printing at a level we have never seen before.

Unfortunately, we haven't seen anything yet, as this crisis is far from over. The Federal Reserve, along with countless other governments around the world, will be forced to intervene time and again unless they wish to face not only the greatest health crisis of our times, but also the complete anarchy that would result if the financial system fully implodes.

Still, I believe they are only slowing the inevitable. Look at the oil markets, which have been completely devastated in the matter of just one month.

Numerous media outlets pointed out this week that you could buy a barrel of Canadian heavy oil for less than one pint of beer at a pub.

Think about just how absurd that is for a moment. Then think about what it will take to bring back the jobs that are centered on getting this oil out of the ground. This is a massive part of the Canadian economy.

Meanwhile, one commodity that continues to hold strong while everything else collapses is gold bullion, which is currently trading at $1625.70 USD per oz. despite the historic amount of liquidation occurring within the system.

What is even more stunning is that gold bullion is able to hold these strong levels while the USD continues to strengthen.

Historically this has not been the case, as a strong dollar typically results in a weakening gold price.

If the USD ever begins to trend lower again, you can rest assured that gold bullion will blow off the charts at an extreme velocity.

But even if the USD continues to show strength, I still believe that gold and silver bullion will trend higher, as more and more people continue to seek these commodities as safe haven assets, preparing for the eventual day when this historic amount of fiat money floods back into the system.

Apparently many people agree with my assessment, as physical bullion remains incredibly hard to get your hands on, with many mines, mints, and others in the industry being forced to close their doors due to COVID-19— just as the demand for physical metals hits new highs.

This is why you are seeing such a staggering difference in the price of physical precious metals and the price of paper metals. The two have begun decoupling from each other, with silver being the most noticeable.

As previously stated, I don't envy our political leaders in these dire times, as I believe we have passed the Rubicon I have highlighted many times before.

The debt levels are simply too high, and this money will never be repaid in whole—meaning that the only way out of this is an eventual default.

This, however, does not mean that you cannot protect yourself financially for that coming day. Now more than ever, I believe that people need to be moving their money into tangible, hard assets such as gold and silver bullion, as they are able to do so.

For over 10,000 years, precious metals have weathered each and every financial storm, and without a doubt, they will weather this one as well. Those who took action early will be rewarded handsomely.