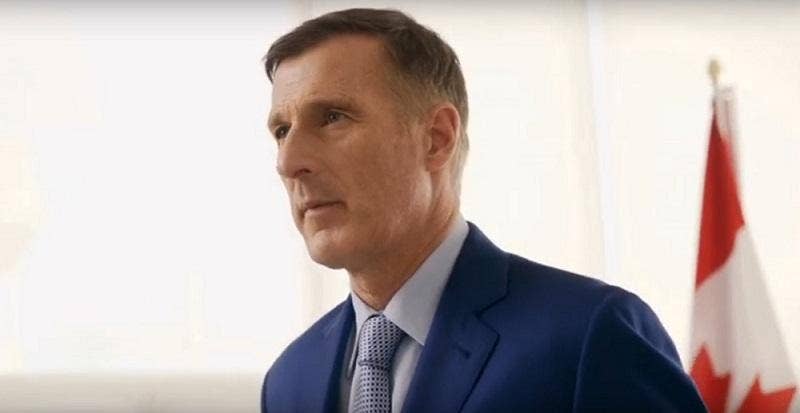 Maxime Bernier, who recently became the world’s first major leader to call for the re-imposition of the gold standard, is quietly carving out a niche as one of the country’s most innovative monetary policy thinkers.

“Central banks are printing massive amounts of currency to prevent the economy’s collapse under the weight of debt,” says Bernier, leader of the People’s Party of Canada. “The fiat money system is bankrupt.”

Bernier made the comments in the wake of widespread spending announcements by the Trudeau government, which he argues has been using the financial crisis to funnel money to special interest groups.

“The gold standard forces politicians to be fiscally responsible,” says Bernier. “The Trudeau Government is spending money every day that we don’t have. But in the end we have to pay, and the price will be inflation.”

Bernier argues that ordinary Canadians are bearing the brunt of these policies. “Inflation is a hidden tax that transfers money in a sneaky way. We are seeing rising prices in things that people need, like food. But for stuff that they don’t need, like airline tickets, they are falling.”

Bernier acknowledges that in a globalized economy Canada cannot implement a gold standard on its own. However, as Canadian Prime Minister he would use his bully pulpit to promote the idea in international forums, possibly at an updated Bretton Wood conference.

In the meantime, a People’s Party of Canada government would use its clout to negotiate a new inflation targeting agreement with the Bank of Canada, one which would set stable prices—that is, a 0% inflation rate—as a key goal, as opposed to the current 2%.

More important, Bernier would review the way that inflation rates are currently calculated, to ensure they do not understate the burdens that ordinary Canadians are feeling.

“The U.S. dollar is the international currency, but that has to change,” says Bernier. “The Constitution forced the American government to back coinage by gold or silver. But now it is backed by nothing.”

Talking directly to the Canadian people

The fact that Bernier made his monetary policy announcements on both Twitter and his new YouTube station provides an indication as to how free market thinkers have been forced to adapt.

The Trudeau Government’s decision to fund major media has imposed a climate of fear and self-censorship on industry executives, who now receive a significant portion of their operating budgets from the governments they are supposed to cover.

According to Bernier, a long-time critic of the CBC, this creates inherent conflicts of interests, many of which are so subtle that they are hard to identify, let alone remedy.

“How can you report fairly about someone who signs your paycheck … when you are asking for a raise?” asks Bernier rhetorically. “It is not possible. I want the media to be independent.”

Bernier, like others who have argued for sounder monetary policies (such as Libertarian Party of Canada leader Tim Moen and Conrad Black, author of The Canadian Manifesto), will face considerable challenges.

The most difficult will be overcoming objections of Canada’s real elites, who could be thought of as “the 10%”: the politicians, bankers, and insiders who are the first to get their hands on the cash when the Bank of Canada prints money.

The 10% includes the influential tenured university professors, administrators, and government workers who produce much of the existing “research” into monetary policy, almost all of whom quietly leave office with multimillionaire taxpayer-guaranteed pensions and vast real estate wealth.

These privileged elites, coupled with government-financed media who cover them, have huge incentives to maintain the status quo.

Preparing for the next election

Bernier’s immediate priority will be preparing for the next Canadian election, which according to some rumours could come as early as this fall.

“We created a party in less than a year,” says Bernier. “While I lost my seat, we fielded 315 candidates and got 1.6% of the vote. It took the Green Party 20 years and five elections to get to that level. Our challenge is to build from there.”

“The future of Canada depends on it,” says Bernier. “I have read Hayek, Mises, and Rothbard, who educated me about the gold standard, which is the best way to maintain purchasing power and prosperity. In the 19th century we had a gold standard and had unprecedented growth. Now we have constant booms and busts.”

Kevin Durham
Reply
This kind of logic is lost on people like Bozo Trudeau and Ohno Morneau.
Reply
Leave a Comment

News
1831
Higher Highs Ahead but Running Out of Steam
By David Brady
News
989
After The CPI, Watch the Bond Market
By Craig Hemke
News
1613
Risk Remains, Waiting for the All-Clear
By David Brady