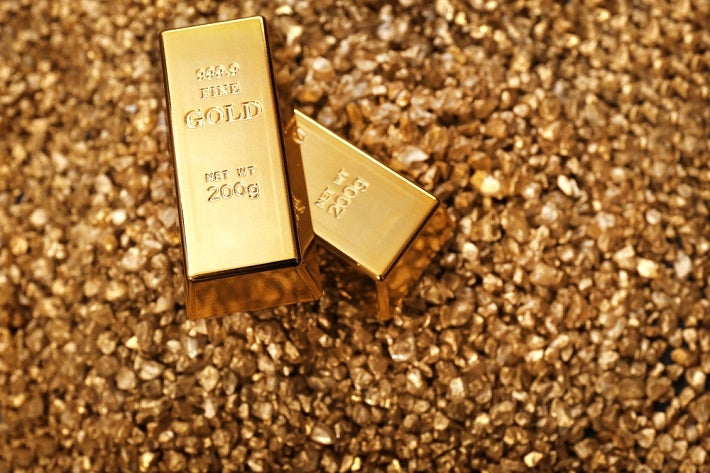 Last week, I provided my technical analysis and outlook for both Gold and Gold miners. This week, it is the turn of Silver and Silver miners…

The daily trend remains down, with lower highs and lower lows. Silver stalled at the confluence of the 50-day and 100-day moving averages at 17.42 and dumped. Support is at the prior low of 16.61. Below there is critical support at the February peak of 16.20, and just above there, the 200-day moving average currently at 16.22. These need to hold to avoid a deeper dive, whereas a break of 17.42 would significantly increase the probability that the bottom is in and new highs are coming next.

What is clear over the past two days is that both Gold and Silver are moving in the opposite direction to stocks and bond yields. When they go down, precious metals rise, and vice-versa, for a rise in equities and yields. The more stocks fall, the more likely we get full-blown QE and/or lower interest rates. Given stagnant inflation, at least officially, the more nominal bond yields fall, real yields fall, too, and precious metals rise. So, the two much-bigger markets bear watching for their implications for Gold and Silver.

While Gold broke its 2016 peak level and set markedly new highs, Silver came nowhere close to its previous high. This could mean two very different scenarios are playing out. When the next rally occurs, we will hit new highs and Silver will play catch-up and dramatically outperform Gold. The alternative is that Silver is signaling that the next rally will precede a much deeper decline than anyone expects, hence it is lagging Gold. I am leaning towards the former, but we’ll need to see Silver break up to a new high above 21.23 at the very least for this to play out.

On a positive note, we have seen the RSI correct its most extreme overbought condition since 2011, but for a fraction of the rally that created that extreme situation. Now back to a neutral 50, we are well-placed for the next rally to follow.

However, both the RSI and MACDs are set up perfectly for a negatively divergent higher high, signaling the next peak will be the last for a while and a deep dive will follow. But let’s cross that bridge when we come to it, when we hit those new highs.

Simply put, I favor a rally next to new highs soon, then let’s play by ear from there.

Meanwhile, having retraced just over half of the drop from July to September, the GSR just hit a negatively divergent higher high, per its RSI and both MACDs. While these negative divergences could be broken if the price simply goes higher, on the face of it currently, this suggests that Silver is getting ready to outperform Gold shortly when the next rallies in both occur.

Switching to the miners, you can see from the chart below that SIL, the senior Silver miners ETF, underperformed Silver since its peak in July, signaling that Silver’s rally was heading up towards a peak, which it hit in September. The miners continued to underperform until mid-October but then dramatically turned around. Yesterday, miners hit their highest level relative to the metal since June 2018, when they were on the way down. Now they’re setting higher lows and higher highs. The trend is up, which is bullish for both Silver and the miners.

Following the theme of miner outperformance, Silver may have bottomed at 16.61 on November 12, but, to date, it looks like SIL bottomed a month earlier on October 15 at 27.47. As of yesterday, it set a higher high following a higher low, so the short-term trend is up.

However, it was a negatively divergent higher high, per both the RSI and MACDs. So, we may see a pullback imminently. That said, such negative divergences from June to September didn’t stop the rally continuing to higher levels once the short-term reversals were complete.

Either way, we could see a dip here shortly. Worst-case is a drop to 26 or 23 before we head up to new highs. Keeping it simple, unless we see a break of the November low at 28.76, I’m only looking up. The resistance to break is the September peak of 32.26.

The weekly chart shows what we’re dealing with from a big picture perspective. Currently, the 200-week moving average is acting as resistance at ~31, which is why we could see a lower low yet unless we break it and the prior high at 32.26.

SILJ is my preferred trading vehicle in the Silver space. It is a high beta play on Silver and, currently, shows the cleanest charts of them all, imho.

Starting with the weekly chart this time, the 1,2 waves are obvious. It looks like we peaked in wave i of 3 at 11.56 in September and have now bottomed in wave ii at 9.12 in October. I am looking for the peak of wave (i) of iii next with a short-term reversal in wave (ii), then lift-off. A break of the 70-week moving average would signal that something else is afoot and we may need to go deeper in wave ii first. Until then, I’m only looking north.

As I’ve mentioned before in prior articles, this moving average is one of the cleanest and most significant I’ve seen, given the sheer number of times it has been tested from both a support and resistance perspective since the peak in 2016 and what happens once its broken, which is rare. While we remain above it, Silver miners and the metal itself are bullish. It is also starting to turn up for the first time since August 2017, another good sign.

As for the daily chart, SILJ is setting multiple higher lows and higher highs since it bottomed on October 15 at 9.12, and yesterday it eclipsed its prior peak on September 24. Unlike SIL, it was not negatively divergent on either the RSI or MACD Line. However, the RSI is extreme overbought at 74. It could become even more overbought, but it is due a short-term reversal. This would be ideal, imho, because as I stated above, I am looking for a wave (i) of iii peak here shortly, followed by a higher low in wave (ii), anything higher than 9.12. If this plays out, then we’re looking for far north of 12 in wave (iii) of iii to follow.

It is also encouraging that the 200-day moving average is clearly trending up, but more importantly, the long-term 450-day moving average has stopped falling, has flatlined, and is ready to turn up also. This bodes well for both metals and miners going forward, imho.

Nothing is certain. I’m just sharing what I am seeing. We have been going sideways-to-lower in the metals since they peaked in September. But the miners bottomed a month ahead of the metals and are shooting higher on a relative basis ever since. A pause is due soon, but this would be healthy action signaling new highs ahead in both metals and miners, regardless of what follows once we get there. If wrong, we’ll know based on the support levels provided being broken. As things stand, I’m clearly biased to the upside as long as those levels hold, especially based on the action in the miners, which are leading the way higher.

RrrussT1
Reply
All information from genuine people helps my thinking and David, @GLobalProTrader's information shines brightly in this.. #TheAgeOfDecptiion. Everything out there has no guarantee of holding its value. We are relatively certain that #Gold and silver may devalue maybe to 1420 or Silver to 16.10 but the they ARE precious metals and #RareEarth's so, myself stand to lose a LOT more on say, the #SP500 that is being artificially propped up as opposed to #GDX and GDXJ which are being artificially held down! Thank you Sprott and David!
Reply
Leave a Comment