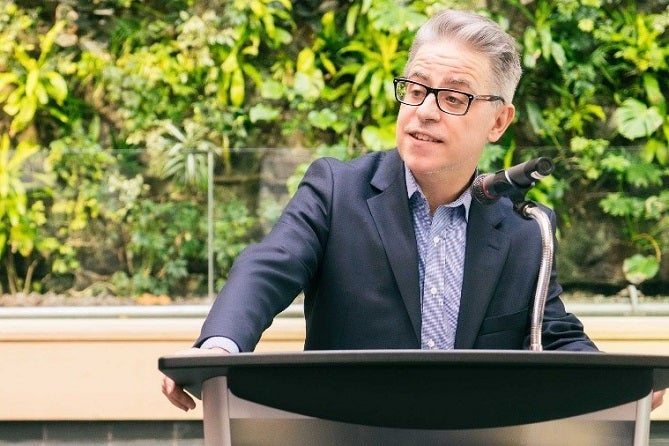 Growing stock market volatility is increasingly reminding investors of downturns that twice crashed valuations by more than 50% since the turn of the century. Many Americans remain perplexed as to why the economy appears to teeter perennially on the brink.

A small group of radical economists, followers of the late Ludwig von Mises, think they know why.

“Conventional economists believe that free markets cause booms and busts,” said George Bragues, an adjunct professor at the University of Guelph-Humber, who will be speaking at the International Conference of Prices and Markets taking place in Toronto this weekend.

“That’s only partially true,” said Bragues . “There is a good argument that governments themselves, more specifically central-bank driven borrowing, are the biggest creators of economic euphoria and subsequent depression.”

Do governments cause depressions?

However, that ignorance comes at a price.

Today, the ghost of Von Mises’s ideas haunts much of the planet, where governments have quietly, often secretly, fostered colossal debt bubbles that will almost be impossible to deflate without calamity.

Von Mises’s suggestion that credit bubbles are the key drivers of booms and depression, broadly known as the Austrian Business Cycle Theory, was first outlined in his 1912 book Theory of Money and Credit.

Murray Rothbard built on this theory in his own 1963 work America’s Great Depression, which provided a convincing case study on how the U.S. government fueled the 1920s stock market expansion, collapse and the ensuing spillover effects.

Mises’s out-of-the-box works are particularly important as the planet inches towards peak debt and what the IMF warns could be an impending depression, because populist socialist politicians such as Bernie Sanders will almost certainly blame the free markets.

Like many geniuses, the shear scope of Von Mises’s arguments against government intervention so boggled the minds of conventional thinkers that when he first began teaching in New York, the economics profession didn’t know what to make of him.

Part of the reason was financial. There is almost a limitless demand for economists who can argue how and why governments should spend more money.

However, the economics profession is terrified of thinkers like Von Mises, who believe that human action by individuals and entrepreneurs is the key driver of all human progress.

Because if Von Mises is right, then much of the central planning work that America’s government and Federal Reserve economists are doing is useless, if not downright counter-productive.

If true, then the United States, where government spending now accounts for 60% of GDP, may well be in terminal, Soviet Union-style decline.

Diversity needed at the Bank of Canada

That said, there are considerable signs that Misesian thought is taking hold at a grass roots level. The Mises Institute in Auburn, Alabama makes available for free on its website many of the late economist’s books, as well as hours of video lectures about his work.

That said, here in Canada, Bragues and his small group at the Ludwig von Mises Institute Canada are facing many of the same challenges their mentor did.

Much of the strongest resistance to Misesian thinking comes from the Bank of Canada, which continues to believe that the best way to solve a debt crisis is to create more debt.

Part of this has to do with the fact that while the Bank of Canada has been working hard to increase diversity by hiring more women, minorities and people with disabilities, it refuses to hire Misesian free-market thinkers.

Bragues thinks the Bank of Canada should also consider diversity in economic viewpoints.

“Just being exposed to different ideas would be helpful the next time their credit bubble pops,’ said Bragues. “It just might prevent them from taking steps that make the situation even worse.”

Massimo Mainetti
Reply
bravo! yes, these are very good points to which canadians need to be exposed!
Reply
Leave a Comment