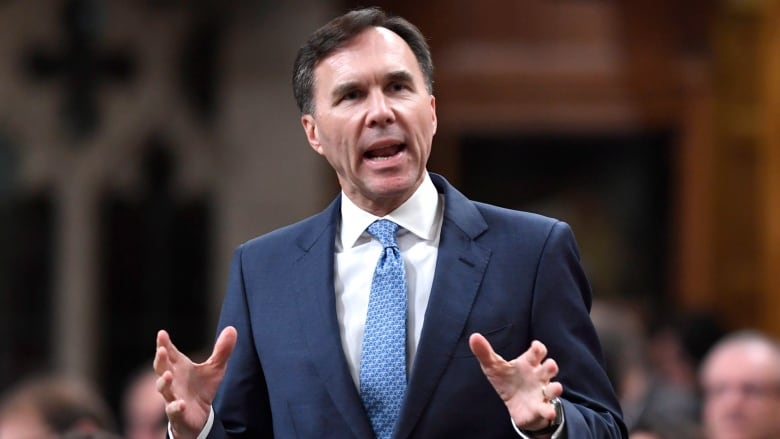 The Trudeau Government continues to resist calls for an overhaul of its complex tax regime.

Yet Bill Morneau, Canada’s Minister of Finance, who was in town this week to address the Montreal Chamber of Commerce, wouldn’t name a single non-accountant that he knew who understands tax code.

Pressed by local media, the Minister admitted that he had no idea whether even his own university-educated daughters—who he has said are powerful influences on his political thinking—were able to complete their own returns.

“The subject never comes up at the supper table,” he joked.

Long-time tax reform activists greeted the news with a yawn.

“The Minister's answer speaks for itself,” says Aaron Wudrick, a director at the Canadian Taxpayers Federation. “Nobody understands the tax code because it's absurdly complex.”

Less well-understood is the fact that even the brightest public officials can’t measure the far-reaching implications of the Income Tax Act and other complex legislation.

That’s because much of the government’s spending comes in the form of increases in unfunded liabilities and hidden transfers caused by interest rate suppression. These expenses are kept off of the government’s books, making them almost impossible for activists like Wudrick to challenge.

This in turn raises growing questions about the overall effectiveness of Canada’s centrally-planned economy, where public spending accounts for nearly half of GDP.

Morneau’s proudest achievements include the government’s environmental record, notably the measures announced in his budget to support the electric car industry.

Unfortunately, the Canadian government also provides billions of dollars of much-larger subsidies to buyers of gas-guzzling cars, trucks and SUVs.

These stem from the lower interest rates that car buyers and other borrowers get as a result of the inflation-targeting agreement that Morneau negotiated with the Bank of Canada.

That suggests if mankind really is changing the climate, then through those hidden subsidies, government—not the private sector—may be the biggest driver.

2. Should Canada run deficits to give government employees raises?

The taxes mandated in the recent Morneau budget will be used, in part, to give pay raises to politicians and government workers.

But part of those raises will be financed by borrowing the money. This is somewhat odd. Because when ordinary folk are tapped out, they cut back.

But public sector union economists argue that if governments incur deficits to pay for new programs, those who get the cash will spend it. Then, through the “spin-off effect”, this will create jobs elsewhere, which in turn will generate more taxes that—in the long run—will bring down the deficit.

Even if he wanted to, Morneau can’t really argue with that logic. Because nobody in government tracks how much money the federal government owes or has tacitly guaranteed.

That’s because much of Canada’s public sector debt—unlike other G7 nations—is held at the provincial level and, as noted above, unfunded Medicare, pension and other liabilities are kept off the government’s books.

3. Complying with an incomprehensible tax code

The implications of Morneau’s decision to brush aside tax reform are also hard to assess.

Nobody knows the opportunity costs related to the countless hours Canadians spend filing tax returns, complying with existing regulations, and, in the case of businesses, collecting the government’s sales and payroll taxes.

These vast, hidden costs are born by the private sector but are government-related. Thus, they likely understate the cost of government to the overall Canadian economy by a significant margin.

Confusing legislation like the Income Tax Act creates a vicious circle. A confused public, which doesn’t understand how their taxes are calculated nor how the cash is distributed, elects confused politicians.

More broadly, Canada may be gradually degenerating from reasoned -but-increasingly-complex income redistribution into a mob-rule democracy, in which the public has no clue what it is voting for.

Much of the problem can be traced back to Canada’s public schools, colleges and universities.

Most students spend at least twelve years in Canada’s school system. Yet despite the fact that after graduating, workers will spend nearly their half their lives paying for government, they aren’t taught how to calculate the taxes they will owe.

Wudrick is well aware of the implications.

“It would be foolish for anyone to try to do their own taxes without software or hiring an accountant,” says the long-time activist. “It's an immense waste of time and requires an increasingly bigger bureaucracy to administer. Government after government clogs (the system) with loopholes, credits and complicated measures. But they seem allergic to overhauling the tax code.”

In a perfect world, Wudrick’s insights would illuminate Morneau.

Sadly, Canada’s Finance Minister—who attended the University of Western Ontario—is himself a casualty of the country’s publicly-financed schooling. There, like most Canadians, he was taught the glories, but not the costs, of government.

The good news for Morneau is that the Canadian public continues to love and trust government and the paper dollars, bonds and other securities that it issues and guaranties.

Gold investors need to decide whether that trust is merited.

Daniel Tigner
Reply
Good points. It is too complicated. Just prepared tax papers - an onerous task - which have gone now to the accountant. Far too many hours needed. Simplifying taxes would save Canadians many hours that might be spent more productively. An aside: An example of all too clever thinking was Canada's decision to sell off its entire gold reserves. Little public debate that I am aware took place on an important decision affecting Canada's financial well being. Of course, it's all too complicated and confusing for any individual to figure out, however, one wonders what unforeseen consequences that decision might have with seemingly no real benefit other than saving a few dollars for gold storage.
Reply
Leave a Comment