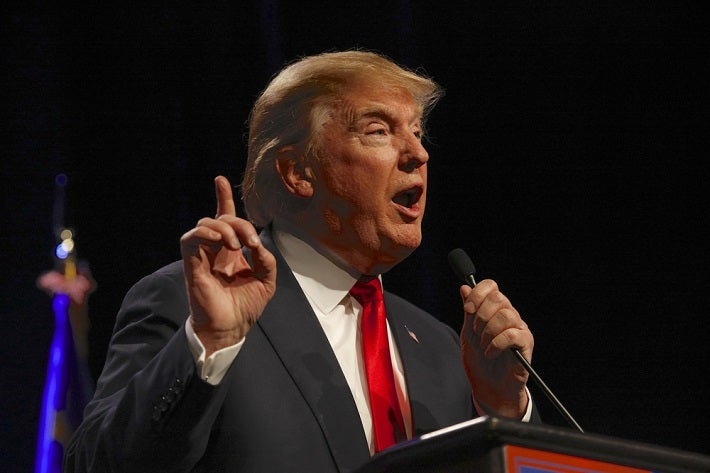 The continuing failure of US, Canadian and Mexican negotiators to agree on major elements of a new NAFTA deal fosters growing uncertainty among American workers and businesses.

Following a slew of US unilateral protectionist measures, growing strains in the NAFTA process comprise a major setback for the Trump Administration.

Blinded by President Donald Trump’s rhetoric—not to mention a compliant mainstream media and special interest lobby groups—Americans have little idea how much they have benefitted from the existing global trade regime.

Current rules allow for relatively free trade in high value-added products and commodities in which the US has competitive advantages. These rules restrict trade in agriculture and labour mobility, the two areas in which poorer countries have an edge.

Thanks to the US dollar’s role as the global reserve currency, America imports trillions of dollars worth of more goods and services than it exports. And it pays for them with increasingly worthless paper dollars that it can print at will.

The inconclusive results of the recent talks suggest those days are coming to an end. In fact, an increasingly desperate US financial situation has pushed President Trump into protectionism from a position of weakness, not strength.

Furthermore, as we argued two years ago in our article Donald Trump’s economic mentors , Americans will almost certainly emerge from the process significantly poorer.

To understand why trade is such a huge wealth creator, take the case of the New England Patriots’ starting quarterback in next week’s Super Bowl. Tom Brady could almost certainly cut his lawn faster than any of his groundskeepers.

However, outsourcing the work provides Brady with more time to focus on what he does best: winning football games. In short, even though Brady could do both jobs well, he gains from “trading” paper dollars for his groundskeeper’s services. Both parties win.

This works at the country level, too. David Ricardo demonstrated the benefits of free trade as far back as the early 1800s. As Ricardo pointed out, trade makes both parties richer even in cases where one country (or person, as in the case of Brady and his gardener) does everything better than another.

Triffin’s dilemma: America’s partners increasingly fed up with being paid in paper

The fact that Trump and the Deep State are increasingly pulling America away from lucrative trade opportunities raises major questions as to why they are doing so.

The conventional answer given by Trump is that America— whose trade deficit hit $50.5 billion in November—is being fleeced by cunning trade partners. As the thinking goes, these shifty players have racked up huge surpluses by outmanoeuvring US negotiators.

But it is the international community that is drawing the line, increasingly questioning the use of greenbacks in trade and foreign exchange holdings.

The impending implementation of petro-yuan futures contracts, expected to further chip into the petro-dollar regime, is just another nail in the coffin of the old order.

Henceforth, if America wants to buy surplus goods on world markets, it will increasingly have to pay with real goods, not printed paper. That, as Robert Triffin predicted long ago (see Triffin’s dilemma), is the real driver behind America’s need to bring its trade posture more into balance.

Skeptics would argue that getting America’s trade position back into line should be easy—all it needs to do is export more. But that’s easier said than done.

For one, as we noted above, the fact that existing trade rules have been skewed in America’s favor for so long has made many American workers, businesses, schools and governments lax and uncompetitive.

An unskilled American worker, who demands $15 an hour plus benefits, would be dead meat in a global free market. He wouldn’t last five minutes against a Mexican, let alone a Vietnamese or Bangladeshi worker.

Similarly, American schools and universities are equipping millions of kids with just one survival skill—the ability to stick their hands out and ask governments for more.

In this environment, America has no choice but to walk away from trade and turn inward. Because a competitive world rewards “money makers,” not “money printers.”

robert lee schout esq.
Reply
This is an interesting article which makes an a priori assumption that the trading partners operate on the same legal, ethical and technical plane. in fact this is not true. nafta allows china to dump solar panels, etc steel products THROUGH canada and mexico as if these products were made in the throughput country partners. There is of course a solar panel plant in mexico. it has 26 employees. They cannot produce anything close to the panels being shipped THROUGH MEXICO. The plant is owned by the rulers of mexico. They drop ship panels from china surely from china but have one would imagine that the paperwork is also prepared in china. its a very complete system, with tax credits etc and other forms of economic subsidy to encourage consumption of the panels. When the hated faux economist The Trumpet goes to Mexico he will not make any progress on solar panels. The president of mexico owns the solar plant. this perhaps signals that he also owns the business in partnership with chinese officials of the dumping of solar panels. i have been in the little faux plant in mexico. The economic argument is valid on economic efficiency. however the substitution of labor is only applied in a most perverse way. Why does the president of mexico not make all the solar panels shipping to the united states. its because he makes them in china.
Reply
Leave a Comment