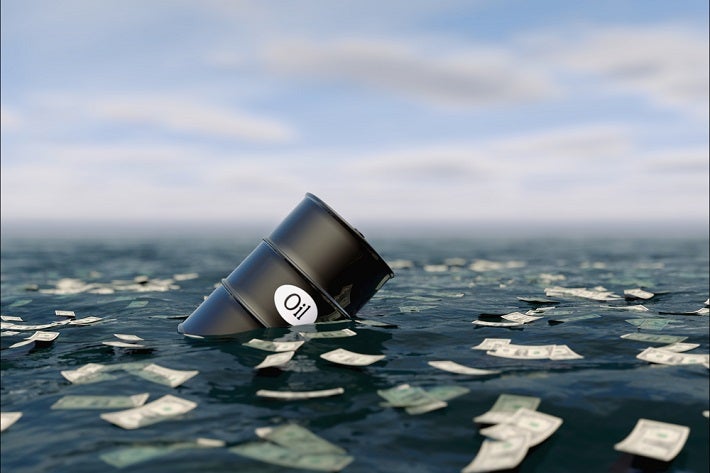 This is not good for anyone. Tensions are rapidly escalating, the situation in the Straight of Hormuz is spiraling out of control, and we are incredibly close to crossing the Rubicon.

This dangerous game of chicken is no game at all, but a high-stakes confrontation that could upend the apple cart in regards to international trade and commerce—especially when it comes to the price of oil.

Earlier this month, the United Kingdom assisted its American allies in the conflict with Iran by seizing the oil tanker Grace 1, which was carrying approximately two million barrels of oil off the coast of Gibraltar.

This oil was thought to be bound for Syria and was thus stopped by the Royal Navy at the request of the United States military.

The action infuriated Iran, who vowed revenge—something they would get in very short order.

Retaliation came last Friday, when the Iranian Revolutionary Guard boarded and seized two oil tankers, one that was registered in the United Kingdom and the other Liberia (though it was UK-operated).

The UK oil tanker, Stena Impero, was taken into port along with its twenty-three-man crew, and later images showed them to be understandably terrified.

Fortunately, the government of Iran guarantees the crew is safe and sound in their custody. I have no doubt this is the truth, as the ramifications of harming the civilian crew would be drastic indeed.

The first excuse given by the Iranian Revolutionary Guard for seizing the UK-owned oil tanker was that it had infringed maritime regulations. They later claimed it had collided with an Iranian fishing vessel.

Meanwhile, the owners of the oil tanker say the vessel was illegally seized in international waters after being surrounded by a number of small boats and helicopters—and that it broke no international regulations.

“We are absolutely clear that, if this situation is not resolved quickly, there will be serious consequences.”

What is most likely in this scenario is that Iran was simply following through on their threats of taking an "eye for an eye", or rather in this scenario, an "oil tanker for an oil tanker".

This situation has been escalating for days and grows more severe the longer the detained crews remain in custody. People everywhere are demanding a resolution.

Iran, however, shows no signs of backing down and have continued to escalate their rhetoric. They threatened the entire global economy when they stated they would "secure the Straight of Hormuz" if not allowed to access it for trade— a similar threat to ones they have made in the past.

Taking it one step further, Hossein Dehghan, the Islamic Republic's top military adviser, rejected any possibility of new negotiations with the United States and said that Iran and its regional allies would target and attack all U.S. bases in the area if war action were taken.

As I mentioned when I covered the start of this conflict, this rapidly escalating crisis threatens all of global trade, as approximately 17.2 million barrels of oil per day flows through the Straight of Hormuz.

Oil is the lifeblood of commerce and is often called "black gold" for a good reason. It affects the price of everything.

War in the Straight of Hormuz would cause the price of oil to explode. This would send the price of transportation, production, and the cost of just about everything else soaring. This one commodity is so interconnected with global commerce it is scary.

This situation, if it crosses the Rubicon, could spark one of the greatest economic crises of our lifetimes.

In this scenario, precious metals will explode higher in price as they move in tangent with a higher price of oil and an increase in global geopolitical risk.

The United States, the United Kingdom, and the World will not allow the Straight of Hormuz to be shut down, and unfortunately, Iran cannot afford to be locked out of this vital shipping lane either.

Conflict looks assured, but there is still time for cooler heads to prevail. Let's hope the latter is the outcome we get… for the sake of global trade, and for the sake of everyone.