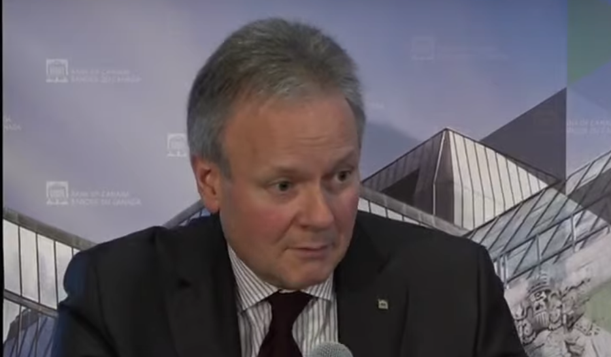 More controversy is emerging at the Bank of Canada, where Governor Stephen Poloz has been trying to slip away after his low interest rate policies fostered trillions of dollars in new debts at the expense of ordinary Canadians.

New data released by Statistics Canada indicates that Canadian individuals, businesses, banks, and governments owed $8.6 trillion at the end of the third quarter of 2019.

That’s an increase of 4.9% in just one year and 44.8% in the seven years since Poloz took office.

As if that were not enough, new questions are arising about whether the Bank of Canada is allowing journalists to leverage their privileged media access at the monetary authority to enable high-frequency traders to front-run ordinary investors.

The questions arose following reports that the Trump Administration is planning to restrict similar media “lockups” in the United States.

Media lockups are a decades-old tool which provides journalists early access to information, such as interest rate announcements, monetary policy reports, job surveys and GDP data, so they can have their stories written and released at the same time that the data comes out.

However, a new report by Zero Hedge suggests that agencies such as Bloomberg and Reuters may be asking their reporters to send privileged data acquired in those lockups to help high-frequency trader customers of the companies’ other non-news divisions.

Zero Hedge cites rumors that Bloomberg earns millions of dollars from contracts that provide “data with zero latency” to high net worth clients.

However, according to one insider, Bloomberg's HFT feeds are the broadest in the market and tighter restrictions in the U.S. would affect data feed firms such as Refinitiv and Reuters much more.

A climate of fear in mainstream media

The insider trading story also raises new questions about the degree to which Poloz’s decision to ban alternative media from the Bank of Canada’s press conferences and events is affecting journalists’ ability to effectively cover the country’s most important central planning body.

According to veteran former ABC journalist John Stossel, government bans on coverage by media they deem unfriendly install a climate of fear among existing journalists.

“Be nice or we will kick you out” is their hidden message, Stossell said, in response to an earlier Bank of Canada decision to ban free market economists from a key policy conference. “The establishment takes care of itself.”

The Bank of Canada’s ban on alternative media also proved effective last fall in shutting down questions about whether Poloz was packing the central bank with cronies from his alma mater, the University of Western Ontario.

Poloz refused to respond to the allegations.

Consistent with standard practice among central banks and statistical agencies, the Bank of Canada hosts lock-ups for a broad range of accredited media. These ensure accurate and timely press reporting of the Banks' policies and decisions to the Bank’s audiences. The Bank clearly lays out the criteria that are considered when accrediting media to attend lock-ups.

The Bank also communicates its policies and decisions directly to the general public via our website. We have made significant investments over the past 20 years to ensure information is available immediately on our website at appointed embargo times. Our key principle is to make any new information on the economic outlook or monetary policy available to all our audiences at the same time.