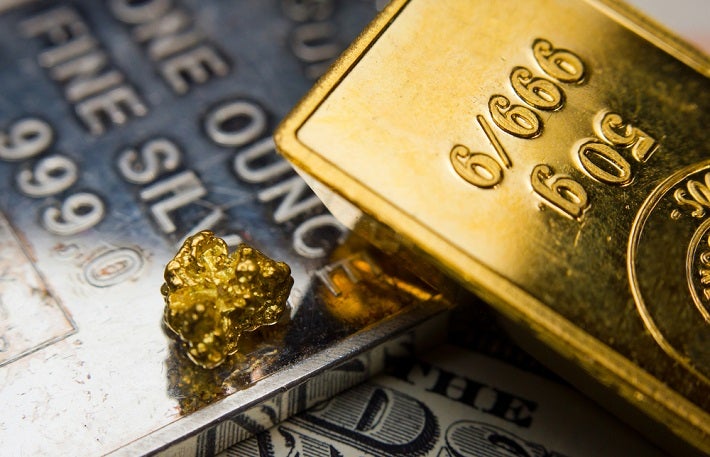 Back in the old days, homes had fuse boxes. Today, of course, any new house is built with a circuit breaker panel and many older homes have been upgraded at one time or another. However, the fuse is a much more interesting analogy for the monetary system.

When a fuse burned out, it was protecting you from the risk of a house fire. Each circuit is designed for only so much current. The problem is that higher current causes more heat, and it can start a fire. So they put fuses in, which burn out before the wire gets hot enough to be dangerous.

The problem is that it’s annoying when a fuse burns out, especially when it’s the last one and the hardware store is far away and/or closed for the weekend. So people all too often put a penny in the place of the fuse. And then, human nature being what it is, they left it there long-term. As an aside, pennies in those days were solid copper, not the copper plated zinc they use today because it’s cheaper.

We would guess that a disproportionate number of house fires were started because an overloaded circuit became overheated, and the protective fuse was replaced with a penny that would keep the juice flowing no matter what.

So, what has that got to do with gold and silver? A penny in the fuse box is a perfect analogy for what President Roosevelt did in 1933. Many believe when he confiscated gold, it was to grab the loot. While we have no doubt that he and his cronies lusted for the gold of the people, he had a more serious purpose.

Until 1933, gold was the core monetary asset in the banking system. When people withdrew their gold coin—redeeming their gold, not buying gold—that forced the bank to sell a bond to raise the gold to redeem depositors. If a bank could not raise enough gold, perhaps because bond prices were going down, then the bank was bankrupt. Another problem is that falling bond prices mean rising interest rates.

Roosevelt was trying to stop the run on the banks, and trying to push interest rates down.

He did stop the run, and interest continued to fall through the end of World War II. However, his act was the monetary equivalent of the penny in the fuse box. In making it illegal to own gold, he made the dollar irredeemable for Americans. Gold is the only financial asset that is not someone else’s liability. Deprived of this outlet, people were forced to be a creditor. The only choice was to lend to the Federal Reserve, the US Treasury, a commercial bank, a corporation, etc.

The reasons were simple. The rate of interest was below the marginal time preference of the savers. This is, of course, the purpose for which any central bank is established: to enable the government and its cronies to borrow more cheaply. And the banks had become unsound (due in no small part to the actions of the Fed taken prior to 1933).

By corralling everyone in the banking system, FDR put a penny in the monetary fusebox. In 1971, President Nixon realized there was one last fuse that could still burn out and thereby signal that all was not well. Americans could not withdraw gold, but foreign governments could. And, led by France, they were doing. So Nixon “closed the gold window”, thereby inserting a second penny.

Now the system was perfect—perfectly irredeemable. Money is credit and credit is money and there is no longer a way for the market to express concerns about either interest rates or soundness. An individual can escape being a creditor if he buys gold (legalized in 1975, after gold was entirely demonetized), but his dollars simply trade hands. The seller of the gold gets the credit-dollars, and the buyer gives them up for the gold. There is zero effect on the banking system (other than causing the price of the dollar to go down).

Unlike the simple and elegant mechanism of the bank run in the gold standard, buying gold is awkward, clunky, and risky for the participants. With dollar-credit no longer being tied to gold, there is a price risk. And of course, price is the motivator for many participants.

Two people, call them Joe and Mary, could both be right that the dollar-credit system is headed towards a crisis. Joe bought at $1,060 in the last week of 2015. Unfortunately, Mary bought at $1,375 in July of 2016. Both bought because of the same reason. But Joe has a big fat gain of $183 and Mary has a loss of $132. This volatility makes people alternatively greedy and fearful, which is not really providing a good signal that the monetary system has problems urgently in need of addressing.

And so the system goes, careening around, from crisis to crisis and nothing gets fixed and there is no signal that is clear to everyone the way a run on the banks is clear.

With this backdrop, we note that the price of gold is on the rise again. Since its low around $1,120 late last year, it has been rising to its current price about $120 above that. What’s more, the fundamentals have been getting stronger at the same time. What could be causing this, and now?

Rising interest rates (which we believe is just a correction in the long falling rates trend) are putting more and more stress on banks and corporations alike. If you have borrowed short to lend long (as all banks do nowadays, this is called “maturity transformation”) then rising rates cause immediate pain. Your cost of funding goes up instantly. However, the interest you earn on long-term bonds does not go up. Instead, the market price of those bonds drops. Equity is disappearing from your balance sheet.

Now consider major corporations, who too often borrowed in the short term bond markets. Their cost of funding is rising. Nearly every carmaker now offers 0% financing to qualified buyers. Their cost to offer this is now obviously much higher than it was a year or two ago. And that does not even count if they had used short-term borrowing to finance those loans, in which case their existing book is bleeding cash too.

This same pressure is occurring anywhere a vendor is financing its customers. The vendor can always try to pass through the increased cost. However, if buying volume was anemic previously with lower interest cost, it will only get worse when this cost goes up.

In the housing market, most people are monthly payment buyers. A higher interest rate means a lower price to get the same payment.

And what happens to lower credit corporations who issue junk bonds? Like most corporations they have to roll over their bonds when mature. So far, rising rates has passed over this market and junk bonds have held up. However, should this tide turn, many of these companies will be forced to default under a deluge of rising interest expense, if not softer demand for their products. They are junk credits for a reason, and higher rates can be the final straw.

Or let’s look at the pension funds. They are already badly underfunded. That is, they are already destined to arrive at terra firma. Many have bought equities and real estate in an attempt to juice up their returns. What happens if the prices of those assets comes down significantly?

Finally, let’s look at municipalities. They derive revenue from home building and turnover of not only homes but home furnishings, remodeling, etc. If these markets slow down significantly, their ability to service their debts is going to be taxed to the limits and beyond.

No wonder people are buying gold. Fundamental demand, as opposed to speculative, is when people buy gold coins and bars, presumably not to bring back to the market soon.

Below, we will show the only true picture of the gold and silver supply and demand. But first, the price and ratio charts.

Next, this is a graph of the gold price measured in silver, otherwise known as the gold to silver ratio. It moved down this week.

The price of the dollar fell another 0.3 milligrams gold (this is the inverse of the rising price of gold, measured in dollars, +$14). However, this week, the cobasis (our measure of scarcity) decreased a bit. Gold buying this week was biased towards speculation. Last week, we said fundamental buying was a trend but it’s “sputtering”. This is an example.

Our calculated fundamental price of gold is up $3, or still about $160 over the market price.

The story is the same in silver. The price rose, a bit more than the price of gold did. With the rising price, we see decreasing scarcity this week.

Our calculated silver fundamental price rose 4 cents, now about $0.85 over the market price.

We leave on a question today. When interest returns to gold and silver, which metal will have the higher rate? We plan to publish something about this soon.