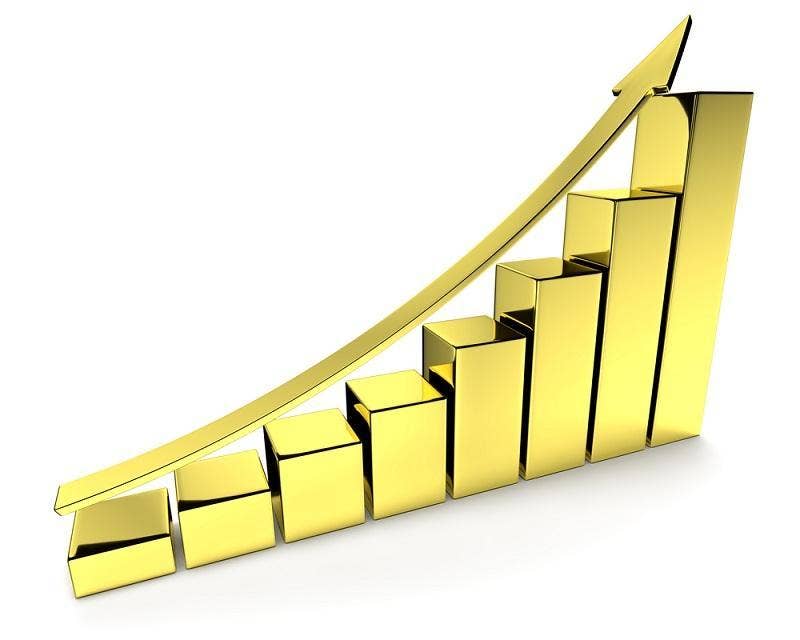 For as long as I can remember, I've stated that negative nominal and negative real interest rates are the key, primary driver for higher gold prices. And now we're seeing this play out in real time.

First of all, what is the "real" interest rate? Simply put, it's the nominal or stated rate of a bond minus the inflation rate. Here's a definition from Investopedia:

And here's a link to the last article that we wrote on this subject, from late May of this year: https://www.sprottmoney.com/Blog/real-interest-rat...

Six weeks ago, real interest rates were falling as the Covid effect rippled around the world and economic output was slowing. In that post above, however, we argued that eventually this pattern would shift and the world would move toward stagflation and sharply negative real rates. We are still on course for this eventuality.

However, in the time since, we've also learned that the U.S. Federal Reserve is actively considering a program of Yield Curve Control or "rate caps". The imposition of a rate control program would institutionalize negative real rates. Why?

In a "normal" environment, interest rates would move up with inflation pressures. Maybe inflation moves to 3%, but if rates go up to 3%, too, then the real "inflation-adjusted" rate remains at zero. However, let's say that The Fed announces that they won't allow the nominal rate on the benchmark U.S. 10-year note to exceed 1%. Now, if inflation moves up to 3%, the real rate falls to -2%. If the rate caps continue and inflation goes to 5%, the real rate falls to -4%.

And, as stated above, negative real rates are The Key Driver for gold prices. Why? Because you can't eat gold and it doesn't pay interest. Isn't that what all the permabears and fiat shills always say? But if gold's primary competition as a Tier One asset is a U.S. treasury bond—and if that treasury bond now comes with a negative, inflation-adjusted return—then suddenly your non-edible pet rock looks pretty good as a store of value and fiat devaluation hedge.

The global market began to anticipate this on Friday, June 5, with the release of the U.S. jobs report for May. After initially rising on the better-than-expected report, real rates have been in consistent decline ever since. The best everyday proxy for measuring real rates is the ETF with the symbol TIP. This ETF holds a portfolio of U.S. inflation-protected bonds known as TIPS, and its shares move down as real rates rise. Conversely, its shares move up as real rates fall. With this in mind, see the chart below:

You were likely to notice two things about that chart:

2. It looks A LOT like the charts of COMEX Digital Gold and Silver

Let's take #1 first. Not only is this ETF moving to new 2020 highs (again, the price action is an expectation of negative or positive real interest rates), it's also moving to new weekly, monthly and even all-time highs. I'd say this is a rather noteworthy development.

With The Fed now on a course of institutionalized negative real rates, and with the U.S. economy on a course toward stagflation, this ETF looks to keep trending higher, with real rates moving deeper and deeper into negative territory.

Close followers of the precious metals will recall that COMEX gold prices also turned on June 5. After briefly selling off in the wake of the June jobs report, prices bounced from near $1680 support and began to climb, recently breaking out of $1780 resistance and setting a new goal of $1880 in the process.

So now, recognizing again that HFT machines control up to 90% of the trading on a daily basis across all markets, let's plot the TIP ETF and COMEX gold together. On the charts below, which are updated as of Tuesday morning, see COMEX gold in candlesticks and the TIP as a blue line:

That's quite a remarkable correlation, is it not? And it affords us this: not only do we know that the long-term trend in gold prices is heavily-impacted by real interest rates, we can also see this play out in real time in the short-term, too, by watching something like the TIP ETF.

Of course, all correlations are subject to change and often end without warning. However, as you watch gold prices rally this month and again later this year, you might be sure to consider the short-term trend in real interest rates as you make your trading and stacking decisions.