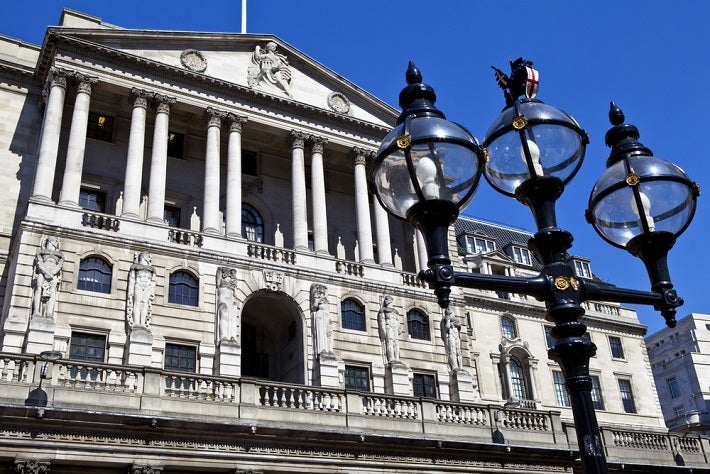 Have you ever heard of the Group of Thirty? Me neither, until the morning of August 4, 2016. I was just introduced to this Consultative Group on International Economic and Monetary Affairs, Inc. by a link on Robert Pringle’s website The Money Trap. If you have ever wondered where former criminal central bankers and other “C” level criminals develop their ideas to transfer our wealth, wonder no more. If you have ever heard George Carlin refer to the “big club”, he must have been referencing the G30. This group reads like a rogue's gallery of former Chairmen of central banks, current “leadership” of the too big jail banks, and other “academia” that now congregate to determine how our wealth will be distributed among themselves and their criminal friends.

According to the about page:

The Group of Thirty, established in 1978, is a private, nonprofit, international body composed of very senior representatives of the private and public sectors and academia. It aims to deepen understanding of international economic and financial issues, to explore the international repercussions of decisions taken in the public and private sectors, and to examine the choices available to market practitioners and policymakers .

To me this sounds like the go-to resource when a private or public bank needs to have new policies written regarding regulations, laws or internal “best practices”.

People like Paul Volker, Ben Bernanke, Jean-Claude Trichet, and William “let them eat iPads” Dudley are members of this very exclusive club. If you’ve not listened to the latest Shadow of Truth, episode 101, Dave Kranzler, Investment Research Dynamics, and myself introduce our audience to this global menace. Dave provides an “on the fly” analysis of Jean-Claude Trichet, one of the highest ranking members of the G30.

It only gets better when you take a look at who is actually funding this “think tank” of monetary criminals:

The Group of Thirty is a 501c3 non-for-profit institution. Donations in support of our work program and activities are tax deductible. If your institution would like to become active in and support our work, please contact the Group of Thirty staff for more information at (202) 331-2472 or via email, info@group30.org. We look forward to hearing from you. [Click here for a full roster of funding member banks, foundations and individuals]

If you thought the people designing programs to steal our wealth was bad the group funding these rogues is even worse! What’s surprising is the Federal Reserve, Bank of England and the European Central Bank are not listed as funding members. Equally surprising are the number of foundations and families that support this group. These must be the families that we see in movies that live in homes/castles/fortress’ that are surrounded by acres of land and forest – you know what I’m talking about. The people that determine our fate from the shadows.

Let’s take a look at what these people actually do and the role they play in order to “deepen understanding of international economic and financial issues, to explore the international repercussions of decisions taken in the public and private sectors, and to examine the choices available to market practitioners and policymakers .” Let’s start by stating that I believe this group of known criminals is writing policies for central banks and other large banks around the world for the specific purpose of circumventing current laws and regulations in order to transfer as much wealth from our bank accounts to theirs in the most efficient manner possible.

This will give you a glimpse of the mind set of this criminal organization and the use of language to paint a picture that benefits them and no one else. These master craftsman of language make it difficult to understand the path one is being led and will most certainly drive away the average person. These documents are not intended for mass consumption and if someone like myself happens to stumble upon them, well, good luck in deciphering the code.

The following is from Chapter 4 – Undesirable Side Effects and the Need to “Exit”, from the publication – Fundamentals of Central Banking – Lessons from the Crisis:

The long period of extremely easy monetary conditions has not generated inflationary pressures in the advanced market economies (AMEs), as many initially feared. However, it might well have contributed to further misallocations of real resources in the economy, to reducing potential output, and to unsustainable increases in asset prices. The emerging market economies (EMEs) have imported similar undesirable forces, in part due to their own efforts to hold down exchange rates subject to the influence of large-scale capital inflows. There seems to be widespread agreement that central banks must exit from these abnormal policies at some point. However, uncertainty about both the modalities and implications of such an exit implies a bias toward this happening too late rather than too soon. Evaluation of a number of possible scenarios reveals a growing and worrisome set of exposures to future economic instability despite seven years of extraordinarily easy monetary conditions.

Let’s attempt to break down the above pile of word goo and put it language anyone can understand.

The long period of extremely easy monetary conditions has not generated inflationary pressures in the advanced market economies (AMEs), as many initially feared.

Explain to me why housing prices have gone up as much as they have, what about food, education, health care and utilities? This is the first lie in the first statement of this chapter. If inflation is measured by the number of MB a computer now contains versus the same computer last year, then no, inflation is not a real problem. However, you can not eat an iPad, nor is an iPad necessary to function or sustain life.

However, it might well have contributed to further misallocations of real resources in the economy, to reducing potential output, and to unsustainable increases in asset prices.

As Richard Fisher stated several months ago, the Federal Reserve front loaded a wealth effect that now has to go through a digestive period. As the Federal Reserve has continued to pump up the S&P 500 and Dow Jones Industrial Average stock markets this has created an illusion that covers up the fact the U.S. economy has never recovered from the 2006-2008 financial crisis the banks caused in the first place. To say these stock markets can not sustain this illusion is an understatement. The crash that will occur will make the previous crash look like child’s play.

There seems to be widespread agreement that central banks must exit from these abnormal policies at some point.

Once the current policies of Quantitative Easing (QE) and Zero Interest Rate Policy (ZIRP) are discontinued our economy will come to a grinding halt. The illusion will be fully exposed. You now know who is to blame for this coming nightmare.

However, uncertainty about both the modalities and implications of such an exit implies a bias toward this happening too late rather than too soon.

We are well past the time when the damage could be contained or managed. The time to have stopped this madness was in 2008 when the too big to jail banks were allowed to swindle the American people out of trillions of dollars of wealth. That wealth will never be returned to the American people. How will the G30 be able to morph this illusion into the next leg of theft without blowing the system apart?

Even with seven years of ongoing, in broad daylight, theft it is not enough and the G30 must find a way to sustain the theft or find the next economy to pillage. As soon as these unrealistic economic experiments come to an end there are only two outcomes that I can see – the system simply implodes or the Group of 30 find a way to implement the next leg of theft that will be sold the world as a saving grace to protect them from the evils of “terrorism” or some other set of lies, deceit and propaganda.

This is just the Synopsis of this one chapter! As you can see each word is very important and usually runs contrary to the reality of what we face here in everyday life. For those paying attention this may help with a deeper understanding of what is actually happening in the background. For those that are new, welcome, and what you have just learned can not be unlearned.

I have reached the conclusion the G30 may be the most evil group of people on the planet. The purpose of this group is to carry forward Rothschild’s original thought about controlling a nations currency/money supply. Here is what Mayer Rothschild had to say about the best way to steal a nation's wealth –

“Let me issue and control a nation’s money and I care not who writes the laws.” Mayer Amschel Rothschild (1744-1812), founder of the House of Rothschild.

The G30 is charged with carrying on the tradition.

Here are the faces that make up the current Group of 30 (currently 32 members):

News
444
A Renewed Surge in COVID-19 Cases Rattles Investors
By Nathan McDonald
Weekly Wrap Up
3724
Close to the Low in Gold and Silver? - Weekly Wrap Up
By Craig Hemke
News
3194
Pain Almost Over, Let the Gains Begin
By David Brady