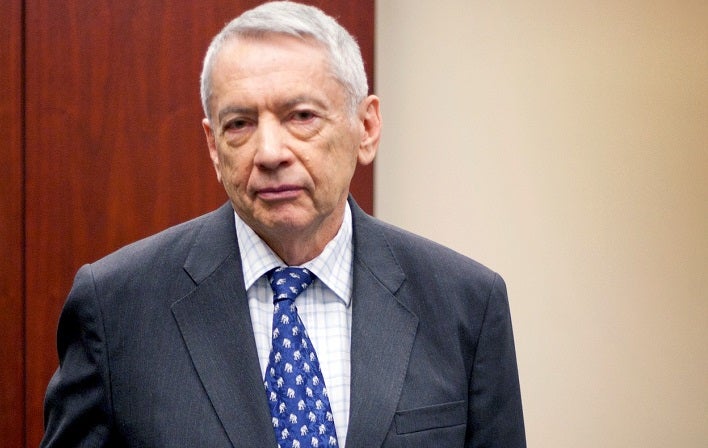 Bill Morneau was one of the country’s top pension fund management professionals before he went into government. But when Canada’s Minister of Finance recently addressed Concordia University business students, not one asked about the country’s $4 trillion national debt, much of which is pension-related.

That’s not surprising – because, as the Fraser Institute notes, nearly three quarters of those debts are not included in the federal and provincial governments’ financial statements. So, Canadians have no clue how bad the country’s true financial situation is.

This lax reporting is spread throughout the system, including public companies, says one expert.

“Investors are being systematically swindled out of large amounts of retirement savings,” says Al Rosen, a forensic accountant and co-author of Easy Prey Investors, a recently-released book that details shortfalls of Canada’s lax reporting standards.

“Investors mistakenly believe that their pension plans, mutual funds and other investments are safeguarded,” says Rosen. “In fact, they are suffering losses that are monumental, compared to individual publicized scams.”

A key challenge, says Rosen, relates to Canada’s use of International Financial Reporting Standards, which “assign excessive power and choice to corporate management, providing them the ability to inflate corporate profits.”

Rosen cites a range of accounting scandals including Valeant, Nortel and Sino-Forest as examples of Canadian laxness.

(In one famous fraud case, Bre-X, auditors couldn’t be bothered to check if the company’s gold mine, its only major asset, actually existed. External accountants instead essentially relied on a manager’s claim that he had “found gold” in the core samples he presented to a valuation firm, when they signed off on the statements).

Those problems aren’t restricted to Canada, says Robert Medd, president of Bucephalus Research Partnership, which has produced research regarding “creative accounting” at Alcoa, Raytheon, UPS and a slew of other global businesses.

“Pension deficits continue to grow,” says Medd. “Investors have yet to focus on the detailed assumptions used by managements and how they might affect pensions’ solvency, valuations and corporate strategies.”

Medd cites lax independent auditors as enablers of the inconsistencies. “Given the small number of audit firms, actuarial tables and regulations, one would assume that the assumptions used would be similar,” says Medd. “However there are some startling outliers (and) expected returns have stayed high.”

Aggressive pension accounting strategies work particularly well because they enable managers and auditors to boost short-term fees and bonuses, and to simultaneously get out of dodge before the pension obligations become due.

According to Rosen, the 1997 Hercules Supreme Court of Canada decision essentially handed widespread legal immunity to financial statement auditors who approved misleading reports. “In essence, investors are being told that they should not be using audited annual financial statements for their investment decisions.”

The situation is roughly similar to that in the United States where provisions in the Private Securities Litigation Act, which was enacted under heavy pressure from the quiet, but exceptionally powerful accounting lobby, also make it very hard to sue auditors. (In recent years, a spate of lawsuits against US auditors are attempting to reestablish a balance).

Because Canadian accountants are a self-regulating profession, additional blame lies with the regulators, says Rosen, but they too have been asleep at the switch.

Finance Minister Bill Morneau, when asked by an Alt-Fin writer about Canada’s accounting practices following the Concordia event, defended the government’s position by pointing out that similar practices are in place in other major economies.

(One estimate of unfunded liabilities in the United States runs to more than $200 trillion).

In all fairness, Morneau inherited many of Canada’s shifty accounting procedures from the Conservative Harper Government, when the Liberals took power in 2015.

That said, Morneau’s expertise on this issue and his position in government make him a natural leader on this issue.

By continuing to play along with those old practices, Canada’s Finance Minister is signaling to his Cabinet colleagues and to Canadian businesses that it is OK to cook the books.

Until that changes - investors had better watch out.

Steve Bull
Reply
You really have to wonder why our (compliant/complicit) mainstream media fails to investigate this situation and expose it for the truly criminal situation it is. No wonder more and more people are losing faith and trust in the media; it truly is little more than a propaganda arm of the ruling class.
Reply
Leave a Comment