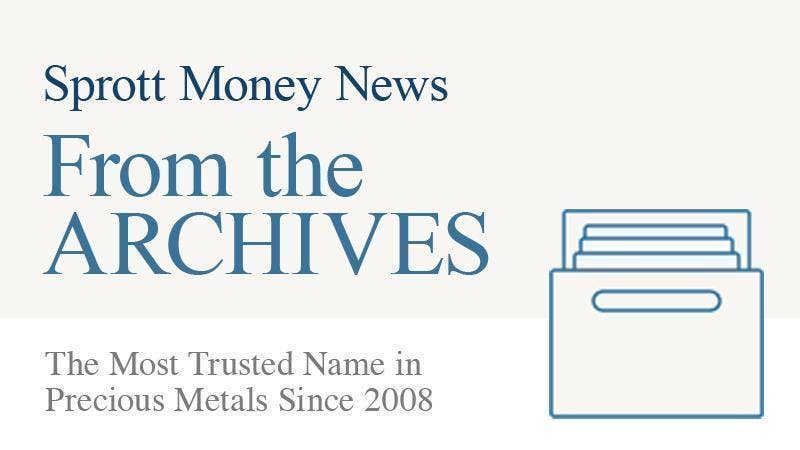 One of the many themes we support at The Daily Coin is the constant progress happening across the emerging markets, especially the nations involved the Eastern economic alliances like BRICS, BRI, SCO, EAEU and the like. These nations under the direction of China or Russia or a combination are laying the groundwork to be the driving force of the 21st Century and beyond.

We also continually report on gold moving from Western vaults to all points East. Most recently we discussed Kazakhstan and the importance of this nation both from a geographical position as well as natural resources like gold, rare earths and a wide variety of other elements within the borders of this growing nation.

Gold always has our attention as the rules/laws surrounding gold have not changed. While most people, especially in the West, have forgotten these rules that does not mean they have changed or been overturned.

One law that has stood the test of time is the golden rule – he who has the gold makes the rules. We also like the fact that JPMorgan, the man not the bank, stated in a congressional hearing that “gold is money and everything else is credit”. These two rules/laws working in conjunction with one another make for a formidable alliance. When you have natural rules/laws working together and nations begin forming alliances using these rules/laws as a foundation the rest of the world should take notice, but alias the Western world is more focused on “russia did it” than what Russia is actually doing.

“We (the Central Bank of the Russian Federation and the People’s Bank of China) discussed gold trading. The BRICS countries (Brazil, Russia, India, China and South Africa) are major economies with large reserves of gold and an impressive volume of production and consumption of the precious metal. In China, gold is traded in Shanghai, and in Russia in Moscow. Our idea is to create a link between these cities so as to intensify gold trading between our markets.” Source

At this point it is well documented that China and Russia have been acquiring gold, swapping gold between countries through each nations banking system and recently announced their intentions to assist the three other BRICS (Brazil, India and South Africa) nations in building their gold reserves. China and Russia also announced their desire to open BRICS gold exchange/markets in Beijing and Moscow. Why all this focus on acquiring gold, storing gold and assisting other nations in doing the same? It has been made very clear, by President Putin and the Russian government, that Russia sees the Federal Reserve Note as threat to their national security and decreasing their dependence on Federal Reserve Notes as trade settlement is a top priority.

Now we see the golden fruit of Russia’s gold acquisition efforts in 2017 as being the biggest year ever since Russia began reporting their gold holdings.

At the current pace Russia will pass China in global gold holdings and take the sixth position within the first 2-3 months of 2018. This simply shows how aggressive Russia is towards acquiring gold. Also of note, if Russia continues this pace of acquisitions she will pass France in early-mid 2021 and be in 5th position, assuming that China doesn’t, once again, begin adding to their “official” gold holdings. We believe China is adding gold to her gold holdings each month, just not to the “official” gold holdings that are reported to the IMF.

News
435
Higher Highs Ahead but Running Out of Steam
By David Brady
News
381
After The CPI, Watch the Bond Market
By Craig Hemke
News
1574
Risk Remains, Waiting for the All-Clear
By David Brady