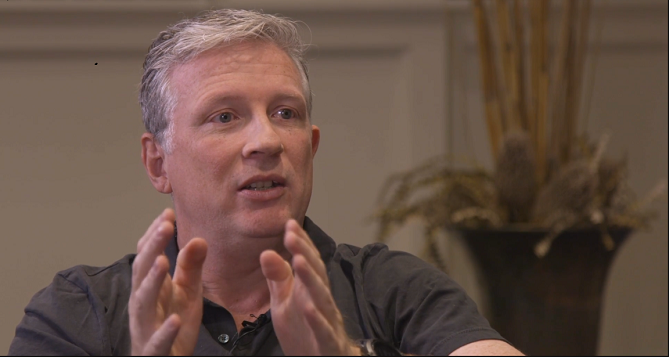 Grant Williams grabbed our vote for the top Alt-Finance presentation of 2017 for A World of Pure Imagination , which highlighted global stock, bond and real estate bubbles that are now showing signs of imploding.

The co-founder of RealVision TV excelled again during 2018 for Cry Wolf, an encomium for a gold-backed currency, which Williams argues would act as an “apex predator” to check government policies that have enticed Americans to borrow themselves into near-bankruptcy.

“In gold’s absence, bankers have multiplied precipitously, creating new variations on the same theme: credit,” says Williams, who likens the process to the proliferation of deer in Yellowstone National Park following extermination of wolves in the 1930s. “They have grazed the financial landscape to virtually nothing.”

Williams’ arguments are well-understood in the precious metals community, where he has taken on a growing role as a Yoda of sorts—a lonely voice arguing cogently for financial sanity.

However, Williams’ ideas are essentially unknown to ordinary investors and the general public, in part because (ironically, for what many describe as a capitalist economy) free market thinkers are essentially banned from governments, universities, and the mainstream media.

Hence the importance of Cry Wolf, which dramatically illustrates the role of what Joseph Schumpeter called “creative destruction,” whose effects Williams likens to the reintroduction of wolves in Yellowstone in 1995.

Right now, the U.S. economy is (in many ways) the opposite of a free market.

Much of this is directly tied to the gradual banning of gold-backed currencies, which has enabled governments to print money and distribute it to favored interest groups, often in secret, without taxpayer approval.

Indeed, the resulting $750 billion of free cash that governments provide U.S. businesses (in the form of suppressed interest rates) has turned America into a quasi-socialist welfare state, where large, well-connected Zombie companies are stifling innovation and job creation.

That’s particularly true in the financial sector, where repeated hidden subsidies and bailouts have enabled salaries and employment to skyrocket.

However, the corrosive effects of government actions can be seen throughout the U.S. economy.

For example, the 2008 bailout of General Motors locked in place incompetent management and privileged union elites that couldn’t be fired or replaced with younger, harder working, more-efficient workers.

Had GM gone under, its better-managed competitors—including Ford—would have been able to hire away the considerable talent that had been trapped in GM’s bowels.

This, in turn, would have enabled surviving car companies and new entrepreneurs to better meet emerging challenges, such as the rise of electric vehicles.

The introduction of Apex predators—such as gold into the financial system and, as Williams notes, wolves in Yellowstone National Park—can be a terrible thing.

In markets, the destruction of a competitor, even a greedy, lazy or incompetent one, can create huge job losses—including those of many innocent hard-working employees who were just doing their jobs.

However, the priceless message that those bankruptcies give to other businesses (“shape up, innovate, work together”, etc.), as well as the opportunities that they open up for others, more than compensate, the theory goes.

When thirty-one wolves were reintroduced in Yellowstone in 1995, doomsayers predicted a catastrophe, not the least of which for the poor deer, which had grown fat and lazy and had essentially eaten up much of the shrubs in valleys and riverbeds.

Those thirty-one wolves, Williams admits, did kill a few deer.

However, the resulting grass, tree and shrubbery growth provided birds with new nesting grounds and a chance for beavers, rabbits and many other species to multiply.

Growth of trees on the river banks slowed soil erosion, which—in a process called “trophic cascade”—actually changed the geography and biodiversity of the National Park.

Right now, the U.S. economy has lots of deer (as well as plenty of snakes and leeches). But few Wolves.

The gold standard is inevitable

Sadly, the situation is likely to get far worse before it gets better. Despite constant griping, Americans continue to love government and consistently re-elect politicians who make it bigger.

Candidates from the Libertarian Party—the only one that would allow gold backed currencies—are smiled at, but dismissed—particularly in polite society—as unsophisticated rubes.

“We humans abhor change,” says Williams. “We don’t handle it well. So a return to a gold standard is dismissed out of hand.”

However, thousands of (paper) currencies have become worthless over the years, says Williams, who believes that—as countless other societies inevitably concluded—a return to sound money in some form is inevitable.

“We won’t use gold out of choice,” says Williams. “When the time comes, we will choose gold because we have to.”