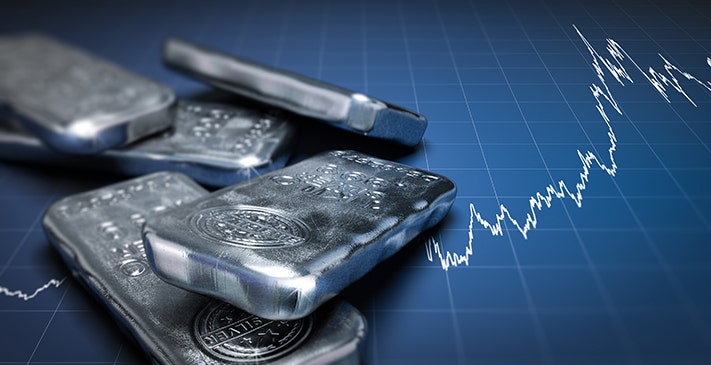 Certain precious metals analysts are once again claiming that, soon, the Banks will be "on your side". This isn't true, it hasn't been true and it won't ever be true so long as the fractional reserve and digital derivative pricing scheme continues.

Since much of the current optimism is based upon analysis of the CFTC-generated Commitment of Traders report, let's simply take these reports at face value. We can assess whether anything has recently changed in regards to COMEX silver and determine whether or not the Banks are now "on your side".

Earlier this year, the CoT categories of "Large Speculator" and "Commercial" made stunning reversals, and for the first time in the 32-year history of the reports, the Large Speculator category (hedge funds, money managers, trading funds) was revealed to be NET short, while the Commercial category moved NET long. At the peak of this positioning, the CoT survey of Tuesday, September 4 showed the Large Specs to be NET short 28,974 contracts, while the Commercials were NET long 14,613. These were all-time highs for the respective categories.

Four weeks later, the price of COMEX silver had rallied a whopping 50¢, and another CoT survey was taken last Tuesday, October 2. And what did it show? The Large Specs had reduced their NET short position by 11,500 contracts and covered nearly 19,000 of their GROSS shorts. At the same time, the Commercials had themselves moved back to 1,012 contracts NET short, largely by adding nearly 11,000 contracts to their GROSS short total. See below:

All of this—and with the Commercials now NET short again—for just fifty cents? Does this look like anything has changed, or is this just the same old sham of a COMEX silver "market"? It certainly appears that the Commercials are simply allowing the Large Specs to cover while transferring the responsibility of being short back onto themselves.

But let's look even closer...

From the first CoT survey of each month, the CFTC cobbles together what it calls the "Bank Participation Report". This report alleges to summarize the self-reported positions of the Banks. While it is vital you keep in mind that JPMorgan has been repeatedly fined for submitting false and inaccurate data for these reports, it is still worthwhile to consider the current makeup of the Bank Participation Report for COMEX silver.

From the same September 4 survey that showed the record "Commercial" NET long position in COMEX silver, note that the thirty banks that reported for the BPR were revealed to still maintain a 28,600 contract NET SHORT POSITION.

And now, one month later and with price a whole 50¢ higher, note that these same Banks now report a NET SHORT POSITION of 36,696 contracts. That's a month-over-month INCREASE of 8,696 contracts, or 30%!

So, we'll leave this up to you to decide. Are the Commercials standing down and squeezing the Spec shorts, or are they content to let them off the hook? Specifically, were the Banks ever NET long, or have they simply maintained their perpetual short position? Do newsletter writers who claim that "this time is different" and that "the Banks are now on your side" offer any actual analysis, or are they simply selling hope for $50/month?

Look, I'm not claiming to have some sort of perfect track record either. Since 2013, the price of COMEX silver has given us all fits as we wait in frustration for a turnaround in price. However, no one should be under any illusion that the Banks, which operate on the COMEX, will ever be on our side. Just as in 2009-2011, the next time price rallies, the Banks will fight us every step of the way using the same techniques they have in the past. For decades, the Banks have profited handsomely by maintaining their fractional reserve and derivative pricing scheme. Expect them to defend their system right up to the very end, when true physical demand finally destroys it.

Until that day comes, your best course of action continues to be that gradual accumulation of physical silver (and gold). The Banks' system maintains a price that is deeply-discounted to the realities of physical metal. The derivative distortions they've created are the reason behind the current and historic 83:1 gold/silver ratio. Understand this and then continue using it to your advantage.

Moose
Reply
Fine, maybe the COT is just another propaganda machine to trap investors and screw them over... I still keep watching the Comex registered inventory. -Is that also just BS or is it telling us something? Seems they are running out of gold: http://www.24hgold.com/english/interactive_chart.aspx?title=COMEX+WAREHOUSES+REGISTERED+GOLD&etfcode=COMEX+WAREHOUSES+REGISTERED&etfcodecom=GOLD
Reply
Leave a Comment