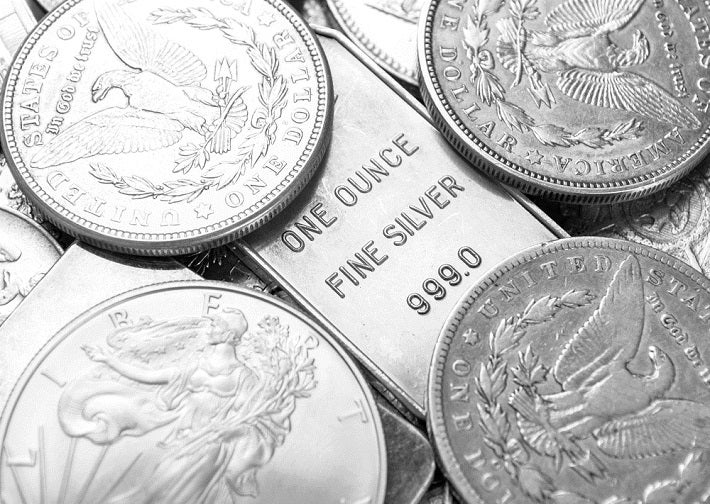 There's been a lot of talk these past few days about the "bullishness" of the latest Commitment of Traders Report for COMEX silver—and rightfully so. However, without some context, it's difficult to determine the degree to which the latest report is historic and unprecedented.

Here's what we know: For the first time in nearly 15 years, the group called "Large Speculators" (hedge funds, trading funds, managed money, etc.) on the Commitment of Traders "Legacy" report is NET SHORT COMEX silver futures. But what does this imply, and what, if anything, is the significance? To answer these questions, we must look back and research similar positioning and price. To begin with, the most recent CoT showed the following:

This gives a NET short position of 1,508 COMEX silver contracts.

As mentioned above, this is the first time since the report surveyed April 1, 2003 that the Large Specs have carried a NET short position. However, in the past 30 months, they've come close to crossing this threshold twice.

On the CoT report of July 24, 2015, the NET position of the Large Specs in silver bottomed out at just 4,245 contracts long. Interestingly, this report was surveyed just four days after the publication of the infamous Wall Street Journal article that proclaimed gold to be a "pet rock": http://jasonzweig.com/lets-be-honest-about-gold-it...

The price of COMEX silver did NOT immediately bottom thereafter, and it's vitally important for you to understand that the CoT is often a lagging indicator of future trend. However, as you can see below, price was near $14.50 at the time of the report, and it rallied to a high of $16.20 less than 90 days later. That's a 12% rally within the context of what was an ongoing bear market, with most gains not coming until September.

After price traded sideways to down for over a year, the Large Spec NET long position actually declined to a new, 15-year low on the CoT of December 22, 2017. On this report, surveyed on December 19 when price was $16.07, the Large Specs were NET long just 2,469 contracts. You likely recall what happened next. COMEX silver rallied through January, reaching a price peak of $17.71 on January 25, 2018 for another gain of 10.1%. The following Tuesday, the 30th, the Large Spec NET long position was shown to be 32,422 contracts.

So now to the current situation. As you can see above, in the five days since the most recent CoT that showed this historic Large Spec NET short position, price has already gained about 2.5%. If at a minimum, price follows the pattern of the last two Large Spec CoT lows, another 10% from here puts price above $18. This will have significant implications, which we'll discuss in a future post.

For the purposes of closing this post, however, let's go way back to that CoT of 15 years ago ... the last one to show a NET short position for the Large Specs in silver. On the date of that survey, April 1, 2003, the price of COMEX silver was just $4.47, and the Large Specs reported a NET short position of 3,680 contracts (h/t to Twitter user "Captain Sensible"). Price began to rally in July 2003, and it reached a peak of $8.50 in April of 2004. That's a move of 90%. I'm not going to do the math and imply that COMEX silver is now headed to $30 in the next year, but I won't stop you from using your imagination in this regard.

So, in the end, you must understand the unusual nature and historical significance of the Large Specs in COMEX silver being NET short. You might also want to take some time to consider how you might benefit from the next rally in silver that is virtually assured to unfold in the weeks ahead.