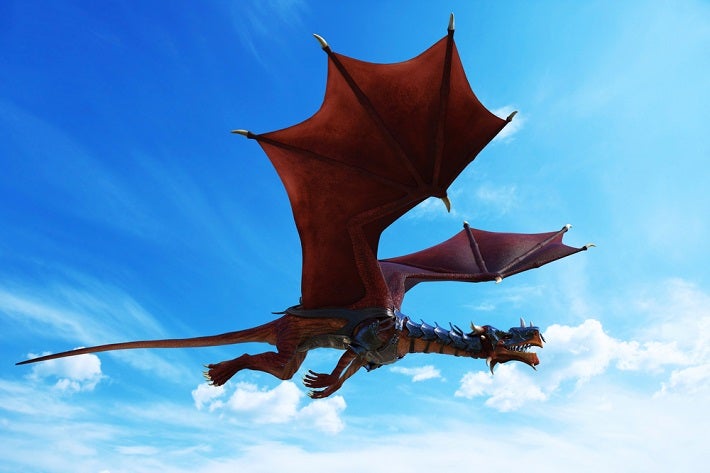 The next time you:

A long time ago and far, far away outlaws raided a village and stole food, gold and women. The angry villagers could do little to protect their village except pray to their gods.

A large and fearsome dragon descended into the village square answering their prayers. The dragon agreed to protect the village in return for food.

Everyone was afraid of the dragon’s sharp claws and its fiery breath which incinerated those who threatened the dragon or the village. Raiders avoided the village.

The people rejoiced in their new safety but worried the dragon ate too much food.

The villagers met and demanded the council banish the dragon because dragon maintenance was too costly. They ordered the Mayor to roust the dragon and send it elsewhere. The Mayor promptly resigned.

People escaped to other towns, and the village deteriorated culturally and economically as it sunk into poverty.

The village council fed mal-contents and old people to the dragon when the council could not afford other food.

Soon everyone feared the village council would declare them dragon food. Most people fled the village except for members of the council who were confident the dragon would protect, but not eat, them.

The dragon ate roasted councilmen for dinner, burned the village to the ground and flew away, searching for another village that wanted protection.

The village had survived for hundreds of years but it died not long after the dragon arrived.