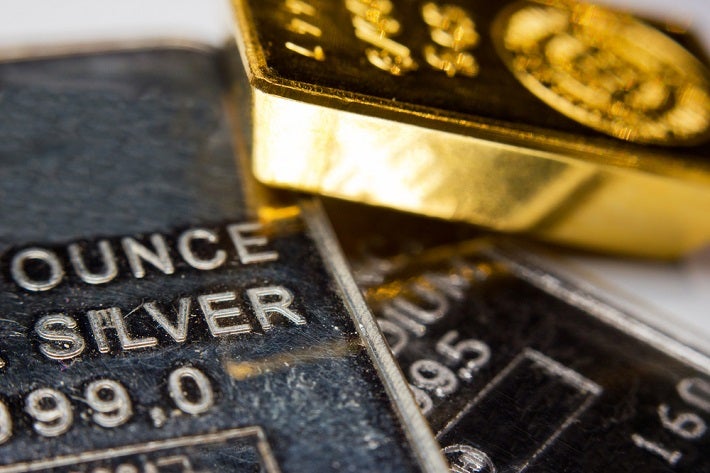 Readers in the Alternative Media may have noticed a distinct drop-off in the number of articles that are published on “the gold market” or “the silver market”. This is true even with respect to precious metals commentators.

There is a very good reason for this. We no longer have markets. To prove this assertion, as always, the place to start is definition of terms.

What is a market? There are a number of ingredients in any definition. However, first and foremost, a market is a forum for human commerce – person-to-person buying/selling of merchandise and services. By this definition alone, we clearly no longer have markets, on any national or international scale.

A market is some setting (physical or virtual) established explicitly as a meeting place for buyers and sellers. The purpose of markets is improved efficiency in commerce. This greater efficiency comes in several forms.

To begin with, by having a publicized and prearranged focal point for such commerce (a market), we maximize the number of participants. In turn, this provides a number of spin-off benefits.

People minimize the amount of time they need to devote to the day-to-day purchases which are required in order to meet our basic needs, through being able to shop in a single venue – designed for larger numbers of shoppers. The “supermarket” acquired its name because the ability to purchase all of one’s food items from a single vendor was seen as an enormously useful gain in efficiency.

The vendor has a desired target for sales and a limited inventory. If the inventory falls rapidly and the vendor senses strong demand, that vendor raises the price. This is done to capture the maximum price for that product while still meeting the desired sales target.

Conversely, if the vendor senses weak demand because few purchases are taking place and the inventory is falling slowly, the vendor lowers the price of that product. The lower price entices more buyers and the vendor still attempts to capture the maximum price for that product while (hopefully) continuing to meet the sales target.

This self-adjusting feature of markets is called price discovery . As several rounds of commerce take place in any market, both buyers and sellers acquire a better sense of the true price for that product: the price at which the demand from buyers is equal to the sales target of the seller.

For example, if a vendor is a producer (farmer) of wheat and a late winter frost causes damage to the crop, the vendor’s supply of wheat is diminished. Either the vendor raises the price (to maintain a constant inventory level), or the inventory of wheat is depleted, when buyers want to purchase more wheat than is available – at the previous equilibrium price.

These fundamentals are symmetrical, so the reverse is also true. If a wheat farmer enjoys ideal growing conditions and produces a bumper crop, then that farmer needs to lower the price for wheat or else the farmer ends up with an excess of inventory. Naturally, fundamentals can also change on the demand side, with identical dynamics.

This is what is supposed to happen , in legitimate markets, over any longer term time horizon. Economics has a term for legitimate markets; they are called “free markets”. In order for any market to be a free market, there is a long list of conditions, all of which must be true.

Only a free market will efficiently produce a legitimate price for any product , genuine price discovery, and thus price equilibrium. In order to prove that we do not have free markets (and thus do not have legitimate markets), only the two most important conditions need to be discussed.

b) The market must be truly “free” (from interference)

There may be many readers who genuinely believe that we come close to satisfying condition (a), in what we call our markets. Maybe information isn’t quite “perfect”, those readers argue, but with our free press information in the marketplace is nearly perfect.

The obvious rebuttal to this, which regular readers could supply without hesitation, is that we do not have anything which remotely resembles a free press. What we have is virtually all large-scale media in our societies controlled by a tiny handful of gigantic corporations (an oligopoly). All of the tentacles of this oligopoly say virtually the same thing, all of the time.

That is not called “a free press”. That is called a propaganda machine . It’s very easy to distinguish the difference.

With any free press, most media outlets will be saying different things, most of the time. We are a naturally contrarian species. We disagree, we argue, and (if really angry) we fight.

There will be occasional moments of media consensus, reflecting the fact that absolute truth does exist in the universe. However, most of the time a free press is a cacophony of perspectives and a full spectrum of opinions.

What we get instead is a constant drumbeat of propaganda, especially with respect to information that concerns our so-called markets. To create the illusion of some diversity of opinion, the propaganda machine has its own collection of puppet “analysts”.

The Corporate media feeds us false information about almost everything, almost all of the time . The examples of this propaganda are far too numerous to mention. However, a particularly illustrative example is the silver “market”.

The quantity of disinformation ( propaganda) which we have been fed about silver – for many decades – is beyond the scope of this piece. However, a few of the more notable examples will be mentioned.

Regular readers know that these commentaries have been the only place to come to get detailed information on the long history of inventory fraud perpetrated by the banking crime syndicate in the silver market. Only the most recent false propaganda on silver inventories will be discussed here.

The bankers like to pretend that the silver market is in balance – or even in surplus – every year. For many years this is what we were told, even when their own data strongly dictated otherwise.

Informed readers already know that what the bankers call “the silver market” is at least 99% paper trading, not metal. The vast majority of this fraudulent paper trading is conducted by the bankers themselves. When they wish to fabricate the lie that “demand is falling” for silver, they simply slightly reduce the amount of their own fraudulent paper-trading in this so-called market.

The Corporate media (part of the crime syndicate) cooperates with the bankers by also pretending that the paper trading represents “silver demand”. The propagandists in the mainstream media largely ignore the real fundamentals in the silver market (i.e. actual buying/selling of physical metal) and continuously maintain their false narrative concerning this phony paper trading.

As with inventories, there are numerous direct and indirect ways in which the banking crime syndicate constantly lies about the supply of silver, and overlap exists with other categories of their lies. As noted, the bankers have liked to pretend that the silver market has been in balance/surplus.

Another way in which the banking crime syndicate pretends that the supply of silver is greater than it is in reality concerns the sale of “scrap silver”. This is treated like it is a component of new, incremental supply to this market each year.

It’s not. Sales of scrap silver represent the cannibalization of silver stockpiles. These stockpiles are (obviously) finite. As previously explained, with a permanent supply deficit, we have been continuously burning through these stockpiles for at least thirty years.

In broader terms, we have been cannibalizing these stockpiles (off and on) for roughly a century. Noted authority Ted Butler has concluded that humanity had burned through well over 85% of all stockpiles, i.e. all of the silver that has ever been mined. Many years ago, he pointed to the obvious evidence of the “silver cartel” (banking crime syndicate), and the relentless falsification of data and deliberately misleading pseudo-analysis from the Corporate media.

In the fantasy world of the bankers (and Corporate media) the silver market can be sustained indefinitely, and thus according to these liars the price of silver never needs to rise. In the real world, we are rapidly moving toward a full-fledged supply default in this market – with that default potentially occurring any day now.

The last, major component of false propaganda in the silver market naturally concerns the price of silver. However, there is further overlap here between the other categories of lies as well as overlap with explaining how/why this market is anything but “free”.

Part II of this series will address the near-infinite amounts of false information which have been circulated concerning the price of silver. It will address how and why the silver market is not free from “interference” (i.e. manipulation), and it will begin to address/explain how these fundamentals of market corruption apply to all of our so-called markets.

BRF
Reply
I almost always agree with Jeff as he is a truly awakened and informed person. The central banking system has become all powerful in constructing and moving all of humanity towards its end goals and they do this by creating crises in the economic field that they hold omnipotent control over by owning the processes of money and credit creation, allowing them to blow bubbles or deflate them over a time period and size of their choosing. When the central bankers finally instigate their crisis then they lay the blame on the governments they control and call for new law and reforms to suit their own agenda. That agenda in the long run is "to inventorY and control all finances, land, water, plants, animals, minerals, energy, means of production, construction, transportation, information, education, human habitation and all humans on this planet. Have I left anything out?" - Rosa Koire.
Reply
Leave a Comment