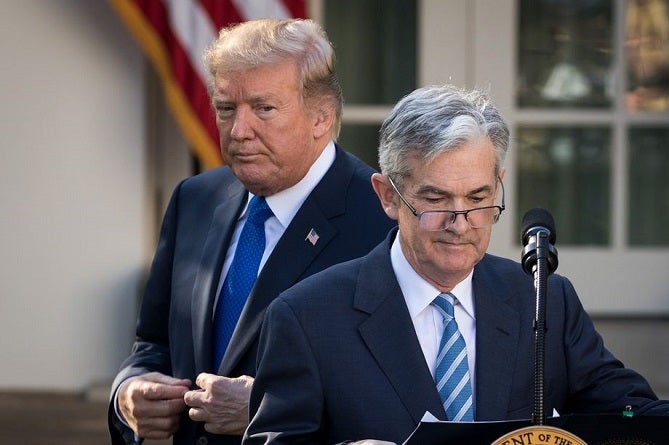 Stocks fluctuated this week amidst reports that U.S. President Donald Trump’s tweets forced Federal Reserve Chairman Jerome Powell to moderate his interest rate stance, and of a spike in arrests of migrants at the Mexican border.

The events are far more connected than you would think.

All are directly tied to the fact that the U.S. government now overtly manipulates interest rates, and that it (not free markets) is now the key driver of stock prices.

Less well-known is the fact that government interest rate suppression— of at least five percentage points throughout the yield curve—is providing massive subsidies for childbirth and … immigration.

Kids are expensive. They cost on average $233,610 to raise, and most American families thus finance them like any other “purchase”—through borrowing.

Because of high U.S. household debt levels, interest rates (after jobs) are likely the single most important determinant of families’ ability to have children .

The dollar value of the subsidies varies per family.

An average American household carrying $123,000 in debt throughout their child’s first twenty-two years of life (to finance a larger house, car, university fees and other costs related to raising him) would receive a gross subsidy of $135,300.

However, while Americans love children, few would consent to paying higher taxes to subsidize more of them.

The U.S. government thus implements the subsidies through opaque interest rate suppression, which transfers purchasing power from pension plans and other savings accounts to borrowers—without, as economists like to joke, “one person in a million understanding what is happening.”

More fascinating is the Trump Administration’s opaque subsidies for immigration, which it claims to take a hard line on.

The U.S. government implements those subsidies through the $750 billion that suppressed interest rates transfer each year to U.S. businesses to create jobs for Americans and the 43.7 million immigrants living in the United States.

Worse, the scale of those massive handouts (which work out to a stunning $375,000 for each of the two million jobs created during 2017) suggests that most are not self-sustaining.

That means further subsidies will be needed to maintain them and the million or so new immigrants that America takes in each year, an expensive proposition during a time when robotics and AI has drastically reduced the need for non-technical labour.

Complicating matters further, savers—through their holdings of the U.S. public sector’s $20.8 trillion in outstanding debts—also subsidize government spending to the tune of about $1 trillion per year , including services that immigrants receive .

“Baby printing” on a global scale

The implications regarding whether governments and central banks should be “printing babies” are global in scale.

According to the International Institute of Finance world governments, businesses and individuals held $247 trillion in debts at the end of Q1 2018.

Those borrowers receive $12.4 trillion in gross subsidies each year (assuming five percentage points of government interest rate suppression across the yield curve), the vast majority of which is used to directly or indirectly produce children.

However, it makes sense to speculate what would happen under free currency markets (and a resulting gold standard), which limit government’s ability to provide hidden subsidies.

For one, world population growth would have been drastically lower during the past fifty years if families had to pay the full costs of raising their kids. In the United States, immigration would have collapsed.

Families that save—and thus are better able to afford and raise kids—would have had more children. Borrowers would have fewer.

Children would thus on balance be smarter, better-educated and have better backing as they made their way in life.

True, slower birth rates and immigration would have drastically stemmed the growth of U.S. markets. However, this would have incentivised businesses to invest in machinery, equipment and software (rather than stock buybacks) and thus would have made workers more productive.

That means salaries would have risen during the past three decades (instead of falling) and Americans would be richer per capita.

True, free currency markets wouldn’t reduce the number of immigrants that want to go to the United States.

In fact, with brighter prospects, more would want to come.

But pensioners, retirees and other savers wouldn’t be subsidizing them.