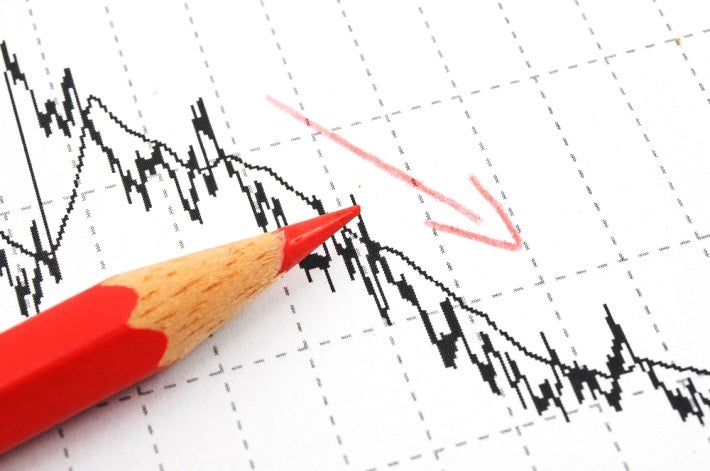 The alarm bells are ringing all across the financial industry, and the mainstream media is finally starting to take notice of just how big a mess the repo markets truly are.

The Federal Reserve have been tossing money at the repo markets since riding in on their white horses in mid-September, hoping to stabilize and fix the problems that are ailing it. Unfortunately for them, things don't appear to be getting any better but are, in fact, worse.

Just like after the 2008 crisis, banks are seemingly uncomfortable lending money to this space, and the strain is starting to be felt. The Federal Reserve has been forced to balloon their balance sheet once again, throwing over $300 billion at the repo markets in just three short months.

I have been watching this train wreck unfold since it began and have written numerous articles on how the Fed's statement that this is "not QE" is completely and utterly laughable. The expansion of their balance sheet is happening at such a rapid velocity that it is now occurring at a faster rate than the immediate months following the announcement of QE2 and QE3!

This is truly staggering, and the fact that the mainstream media is only now taking notice indicates just how asleep at the wheel they have been for the past three months, blissfully content with the Fed printing copious amounts of money out of thin air and dousing the raging flames that have seemingly engulfed the vital overnight repo markets—markets that help keep the treasury markets and so many others operating smoothly on a daily basis.

However, they are asleep no longer. A quick Google search reveals a head-spinning amount of articles covering the repo market mess.

Everyone—and I mean everyone—seems to have now caught on to what is unfolding, and they are worried.

This is leading many to speculate that QE4 may soon be on the way, possibly even before the year ends. That's how dire things have become.

“If we’re right about funding stresses, the Fed will be doing ‘QE4’ by year-end,” Pozsar wrote. “Treasury yields can spike into year-end, and the Fed will have to shift from buying bills to buying what’s on sale—coupons.”

"Others see QE4 happening sooner rather than later. In a research report this week, Credit Suisse analyst Zoltan Pozsar told investors that, in order to calm short-term funding markets, the Fed will need to implement another round of quantitative easing “by year-end”—which is only three weeks away."

Other articles written by Barron’s, The Washington Post, and countless other sources all seem to agree that whatever is currently unfolding in the repo markets is not good and a more serious approach is needed, and needed soon.

Call it what they want. However, I believe history will show that QE4 is not going to begin at the end of 2019, nor the beginning of 2020, nor even later that year—because it has already begun.

QE4 began with the Federal Reserve’s massive injections into the repo markets in September 2019, despite the Fed's absurd claim that an accumulation of over $300 billion in debt within three months is "not QE".

The question is, how much more will they accumulate? How much more before they can put out this debt garbage fire, and how many more digital, fiat dollars will be created out of thin air before the pain stops?

Who knows? But one thing I do know is that this isn't over yet. Far from it.