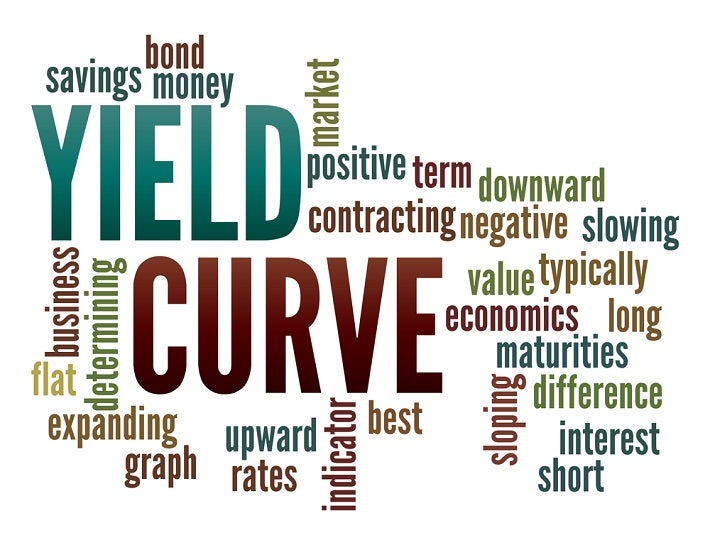 As global interest plummets to historically negative levels—and as the U.S. bond market reveals a deeply inverted yield curve—it's time again to assess what all of this means for the precious metals investor.

Just yesterday, a fellow on CNBC remarked that "no one had seen this coming". By "this", he meant a sharp rally in both gold and bonds. Oh really? We write these articles for Sprott Money each and every week.

So, if the bond market was telling you to buy gold and silver in late May, what is it telling you in mid-August? For that, I suppose we should update a few of the key charts and rates that were mentioned in that post from May 28.

First of all, let's talk about the U.S. yield curve in general. Back on

Next let's point out how, despite all of the Fed blathering and dithering, the situation for Powell and his minions has only gotten worse.

2. The spread between the 2-year note and 10-year note is nearly inverted, too, at just three basis points.

3. The spread between the 3-month T-bill and the 10-year note, which economists have stated is the best predictor of recession, has fallen to negative 35 basis points.

Regarding point #3 above, Danielle DiMartino Booth addressed this on last month's Sprott Money "Ask The Expert" interview. Danielle stated that any time the 3-month to 10-year spread has been negative for more than thirty days, a recession has always followed. (link: https://www.sprottmoney.com/Blog/ask-the-expert-danielle-dimartino-booth-july-2019.html) Well, guess what? This spread first went negative in March. It hovered around zero into May and has been mostly negative ever since. Again, with this spread now at -35 basis points , this key indicator is at its most economically-bearish yet.

And by no means is this a U.S.-centric issue. Global interest rates have

plummeted, with ENTIRE yield curves now NEGATIVE in countries such as

Switzerland, Germany, and The Netherlands. Check this list of 10-year yields on

Now, I recognize that your eyes may be glossing over as you wonder what

this all means for gold and silver investors. Let's cut to the chase and make

this as straightforward as possible with just two simple points:

NUMBER ONE: Negative interest rates are the single greatest fundamental rationale for physical precious metals ownership ever created. Why? How many times have you heard/read about how gold "doesn't pay a dividend", "has no yield", and actually "costs you money" to own/store it? Well, if cash (in euros or, coming soon, dollars) also pays no dividend and also costs you money to store, then why not own metal instead? Physical gold and silver have no counter-party risk AND their value is not being continually diluted and decreased by the currency-printing central banks!

NUMBER TWO: The inverted yield curve signals that the Federal Reserve is far from finished with their rate cut schemes. To simply restore a positive slope to the "curve", the FOMC would need to immediately cut the overnight fed funds rate by at least 75 basis points ... and they are NOT going to do that. Oh sure, they'll cut again in August or September and then again in December. But the global bond market will simply continue to move away from them and shift the goal posts.

However, Powell's fear of appearing to kowtow to Trump will keep him from taking this course. So, by the time we reach December and the FOMC finally gets around to cutting fed funds to 1.40%, the yield curve will very likely look like this instead:

Global rates will be even more deeply inverted, with Swiss and German yields falling through -1.00% and a global recession will be apparent to all. In response to this DEFLATIONARY pressure, the ONLY response that will follow from the Central Bankers is more overt cash-printing, direct debt monetization, and QE. This WILL be their course of action, as it's the only course they know.

And what will this mean for precious metals? Higher and higher prices. Already, gold is making new ALL-TIME highs when priced in currencies such as the British pound, the Canadian dollar, and the Australian dollar. The worsening economic conditions and interest rate collapse mean that gold will soon make a new all-time high when priced in U.S. dollars, too. Though we first attempted to warn you of all this back in January, there's still time to prepare and take action. https://www.sprottmoney.com/Blog/gold-and-silver-2019-price-forecast-craig-hemke-15-012019.html

In closing, you must understand where all of this is headed in 2019 and 2020. The central bankers are finally being revealed to be shallow, mindless charlatans as their yield curve and negative interest rates plot against them. As their schemes of the past decade spiral to their inevitable failure, the time to act is now.