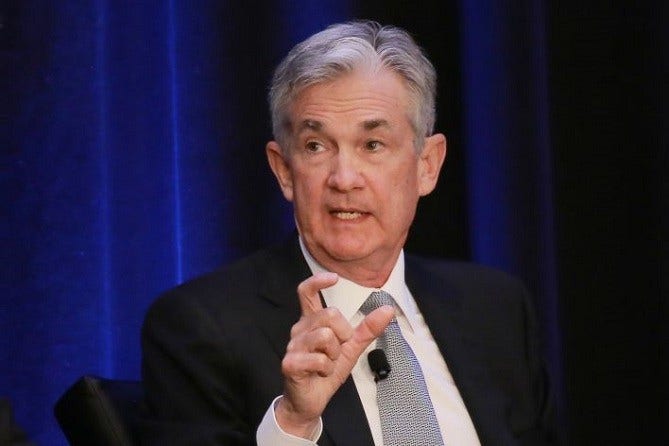 Yesterday, the Fed cut rates by 25 basis points and forecast no further rate cuts this year with perhaps one more depending on incoming data and future developments. They also continued to be upbeat on economic growth and employment with no sign of recession in the next few years. In addition, they downplayed the liquidity issues in the overnight repo facility recently. Markets were rightly disappointed with stocks down, bonds down, nominal and real yields higher, DXY up, Gold and Silver down.

Then came these comments from Fed Chair Powell:

“We’re going to be assessing the question of when it will be appropriate to resume the organic growth of our balance sheet.”

“It is certainly possible that we will need to resume the organic growth of the balance sheet earlier than we thought. That has always been a possibility and it certainly is now. We’ll be looking at this carefully in the coming days and taking it up at our next meeting.”

“It’s better to be proactive in adjusting policy if you can.”

“It can be a mistake to try to hold on to your firepower until a downturn gains momentum… What we believe we’re facing here, what we think we’re facing here, is a situation that can be addressed and should be addressed with moderate adjustments to the Federal Funds rate. As I mentioned, we are watching carefully to see whether that is the case. If in fact the economy weakens more, then we’re prepared to be aggressive, and we will do so if it turns out to be appropriate.”

Markets responded as follow: Stocks rebounded, yields fell, the DXY too, and Gold and Silver bounced. Why? The markets, algos in particular, interpreted Powell’s comments to mean that the so-called “Fed Put” is alive and well; that the Fed has their back in the event of a downturn in the economy and/or markets; and that the Fed will not wait for a crisis to play out before acting, the Fed will be proactive rather than reactive should financial conditions worsen significantly. But is this an accurate interpretation?

“If the economy does turn down, then a more extensive sequence of rate cuts could be appropriate. We don’t see that, it’s not what we expect. But we would certainly follow that path if it became appropriate.”

This means that if we get a downturn in the economy, the Fed will first respond with further rate cuts before they even consider expanding their balance sheet. Furthermore, repeating what he said in a speech in Zurich two weeks ago, Powell said, “We’re not forecasting or expecting a recession.” Of course, the Fed never has nor will ever forecast a recession, but he basically said that if it occurs, they will resort to rate cuts first, but they don’t expect it to occur. QE is not on the table any time soon.

“We made one decision today and that decision was to lower the Fed Funds rate by a quarter of a percentage point… We’re going to be highly data dependent as always.”

The Fed did not decide to resort to QE, they have no plans to do so, and despite saying that they will be proactive, they will wait for the data to tell them if they need to act, which is reactive by nature. Simply put, there needs to be a significant downturn before they pull the trigger on QE. This is nothing new.

In summary, my interpretation of Powell’s comments yesterday is that it’s just more of the same strategy they’ve used for years: talking up the stock market with references to balance sheet expansion without actually having to expand it. This is the contradiction that the market continues to ignore: The higher stocks go, the LESS LIKELY the Fed is to revert to QE.

In reality, like the Bank of International Settlements, the Fed will want to keep its powder dry for the next crisis. They have so little left as it is. The only caveat to this is that they believe that there is no coming back from the next crash, that their policies won’t be effective, that they don’t have enough ammo, so they’re trying to avoid it at all costs. If this is the case, then QE won’t matter anyway when the next crisis hits.

That said, I believe the Fed’s comments on the U.S. economy are optimistic at best and disingenuous in reality. The day of reckoning for the U.S. fiscal situation, the economy, and financial markets is not far away. When the next crisis does hit, the Fed will respond with full force, as Powell stated upon his nomination back in November 2017:

“We must be prepared to respond decisively and with appropriate force to new and unexpected threats to our nation’s financial stability and economic prosperity. I will do everything in my power to achieve those goals…”

When this happens, the Fed will print the dollar into oblivion to buy much or all of U.S. government debt and Gold and Silver will explode higher, imho. Until then, remain patient and continue to stack precious metals, because I believe the coming crisis and the Fed’s aggressive response is inevitable.

ursel doran
Reply
Central Banksters are the poster boy for for doing the same thing over and over for DECADES, creating Boom / Busts, and stupidly expecting different results. They now have a hammer in both hands, with interest rates, and buying garbage from the banks, which past head manipulators did not have. Also, Simply they have "No Skin in the Game' as the their bureaucracy grinds on with job security. At least Trump is hitting on them as never before. NEVER forget that the FED has only ONE mandate, which is to insure the profits of the member banks, and bail their criminal butts out when the stupid greed fails them, again. 2008 failures took $13 TRILLION plus of free computer generated digital debt money. This time??? This is part One of a three part article series, with the links to the other two at the top. https://acting-man.com/?p=54775
Reply
Leave a Comment