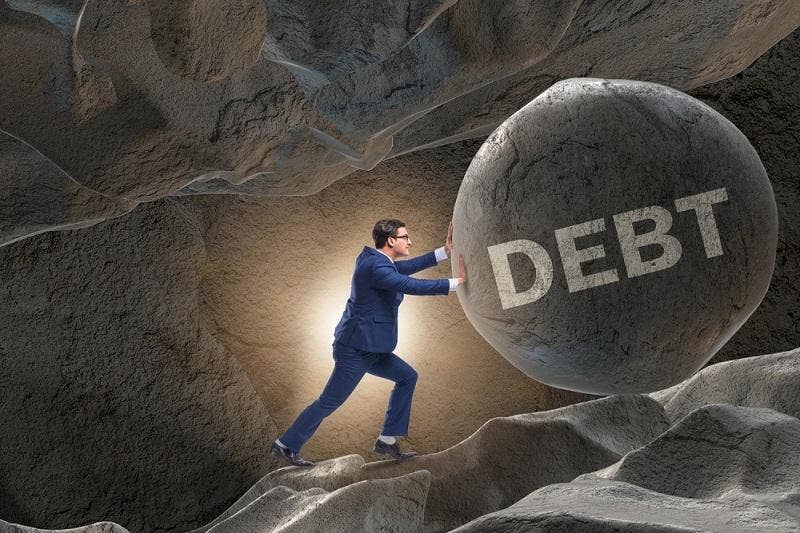 There was a time when the total U.S. fiscal deficit and debt seemed to matter. Apparently, that time has passed.

Oh, my goodness. The good old days. I'm old enough to remember 2009 and all the rage about "exploding deficits" and "stealing our children's future". Heck, I even flew a Gadsden Flag for a while and attended a "Tea Party" rally near my home.

Back then, as the U.S. struggled to work its way through the aftermath of The Great Financial Crisis, the total annual budget deficit had soared past $1,000,000,000,000. It was a staggering and mind-blowing number. Outrage was everywhere. Looking back now, it seems so quaint.

Why? If a percentage of the population was stirred to protest at an annual deficit of $1T, you'd think that the recent report of a nearly $1T deficit for just the month of June 2020 would be enough to send folks into a frenzy.

What's that I hear? Crickets? I guess we're all Modern Monetary Theoreticians now!

And it has gotten so bad that the tweet below is accepted as fine and dandy political discourse. Sherrod Brown is a sitting U.S. Senator from Ohio who serves on the Senate Banking Committee. Judy Shelton holds a PhD in Business Administration and is a nominee for a seat on the board of the Federal Reserve. Dr. Shelton believes that a return to a sound money anchor might help to rein in the extraordinary explosion of federal spending and debt. Senator Brown apparently thinks this time-tested monetary policy is "fringe theory" and "dangerous".

Judy Shelton, Trump nominee for the Fed, has DANGEROUS economic views. Her beliefs?

▶eliminating the Fed's independence and federal deposit insurance
▶returning the U.S. to a gold standard

With the economic damage of the Covid Crisis continuing to worsen, you can see where this is headed. There will be no restraint and there will be no protests, either. Just more and more "infinite" cash creation in order to keep the global economy afloat. Long-term consequences be damned in order to promote short-term goals and political gains.

Try watching this video on www.youtube.com

Again, the U.S. government spends what the U.S. Treasury can borrow. And without sufficient buyers looking to lend the U.S. government the cash it needs, the Federal Reserve simply creates new cash and monetizes the new debt. It's as simple as that. And how much cash/deficit has been created thus far in fiscal year 2020 (which ends 9/30/20)? See below:

And the year is far from over. Random Covid shutdowns are returning to the U.S. and more economic pain is on the way. Politicians will not stand for this—NOT IN AN ELECTION YEAR!—and with the August Congressional recess looming, you should EXPECT another massive debt "stimulus" program in the days ahead. Could the final fiscal 2020 deficit reach $4T? Maybe $5T?? My goodness, what in the name of Rick Santelli is going on here?

So what does this mean for gold? Nearly every week this year, this weekly column has focused upon nominal interest rates, "real" interest rates, the coming stagflation, and Yield Curve Control. All of these forces will combine to send gold prices significantly higher in the weeks and months ahead. But, for today, let's conclude with just the charts below.

First, here's a chart of total U.S. debt growth over the past fifteen years:

It was fashionable a few years back to plot total U.S. debt with the dollar gold price. If you search the internet, you'll find all sorts of charts like this one below from 2011:

But as the dollar price of gold fell throughout 2014-2018 with general deflation and Fed balance sheet contraction, we sort of forgot about these charts. So, courtesy of the great Nick Laird at GoldChartsRUs, let's update it today.

Note that the scale of Nick's chart has adjusted over the years, but it tells the same story nonetheless. To some extent, the dollar price of gold tracks with the ever-growing accumulation of U.S. debt and the laughably misnamed "debt ceiling". Thus, as U.S. deficits and debt continue to explode higher due to the Covid Crisis and events related to the end of The Great Keynesian Experiment, there's every reason to believe that the gold price will move higher in tandem.

So in summary, let's add the blowout debt levels to the list of gold-bullish factors going forward:

That reads like a pretty salty combination of bullish factors for the months ahead, and there are surely a few other bullet points that I've left off that list.

Neil Paget
Reply
Trying to make money from miners to fund physical purchase. Question is when to cash out?
Reply

Alain Douchant
Reply
What are some indications that "share dilution" of a mining stock is good or bad? I understand it is probably the way to raise capital but are there any "rule of thumbs" that one can apply to advise and investor to be careful.
Reply
Leave a Comment