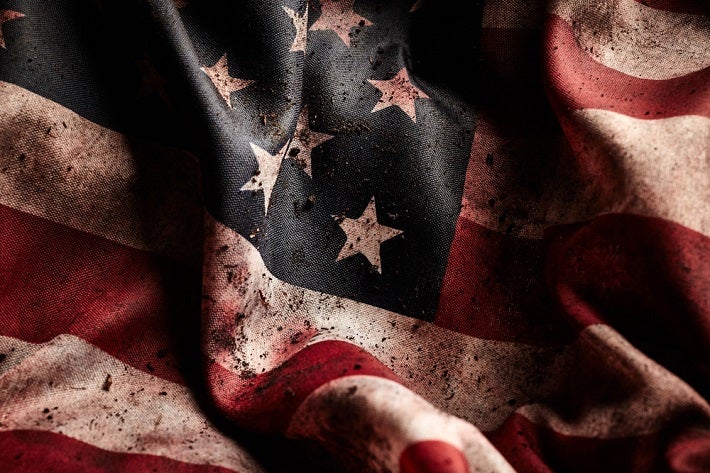 Trump employing a “wag the dog” strategy, in which he highlights his leadership on an international crisis to divert attention from domestic political problems, is reminiscent of President Bill Clinton’s threats to attack Serbia in early 1999 as his impeachment trial was underway over his sexual relationship with intern Monica Lewinsky. – Robert Parry, posted on Consortiumnews.com

Robert Parry has a blue chip track record as an investigative reporter. He broke many news stories about the Iran-Contra affair for AP and Newsweek (back when mainstream news sources were a lot less fake) and he broke the story revealing the CIA was trafficking cocaine with the Contras in the United States in the 1980’s (we’re confident the CIA has upped its drug dealing game now that it has control of the poppy crops in Afghanistan).

Despite apparent internal dispute over the validity of the intelligence that Assad’s regime unleased a poison gas attack on ISIS, president Trump bombed Syrian air force assets. According one of Parry’s CIA sources, the gas attack was a staged “false flag” event designed to provoke Trump into reversing his recent policy pronouncement that it would not seek regime change in Syria. It’s also been questioned as to whether or not the gas released was even Sarin.

Amusingly, the staunch neoconservative propaganda rag known as the “Washing Post” published an editorial questioning the legitimacy of Trump’s missile attack. Even some of the war-thirsty lunatics on Fox News were questioning the decision.

The U.S. has lost its economic and political edge in the global community. The evidence of this mounts. Russia and China (and other eastern bloc countries) are accumulating physical gold hand-over-fist as part of a strategy to bolster their currencies and remove the U.S. dollar as the world’s reserve currency.

China and Japan, the two largest financiers of the United States’ debt-fueled consumerism and Government deficit spending, have been quietly reducing the amount of Treasuries they hold and are willing to buy.

It’s become apparent to most outside of the United States, and to some inside, that the U.S. has become one big fraud. The stock market is artificially propped up to prevent a crash that would wipe out America’s retirement funding assets and collapse the banking system; via the Fed, the U.S. has orchestrated a flow of funds system by which a few of its puppet Central Banks (Belgium, Swizterland and Ireland – the value of Ireland’s U.S. Treasury holdings now exceeds its GDP) fund Treasury debt auctions; and a propaganda-based political system has been created that would make Joseph Goebbels blind with envy.

At the root of this fraud is a fraudulent monetary system that requires the Central Bank, together with the Treasury Department, to control the price of gold for as long as possible. This is accomplished via the issuance of an unending supply of paper “fake” gold to help keep the “market” price of gold in check on the Comex and the LBMA.

At some point the demand for physically delivered gold and silver from the east will sabotage the paper manipulation operation. That's the point at which the United States will collapse. In today’s episode, the Shadow of Truth discusses the latest events driving U.S. politics and markets:

BenRock
Reply
Two points on the article contents: 1) "Amusingly, the staunch neoconservative propaganda rag known as the “Washington Post” published an editorial questioning the legitimacy of Trump’s missile attack." - IMHO, this loses focus and credibility of the article, as WaPo is not neoconservative, so if this is not true, many readers will stop. 2) The U.S. has lost its economic and political edge in the global community. The evidence of this mounts. Russia and China (and other eastern bloc countries) are accumulating physical gold hand-over-fist as part of a strategy to bolster their currencies and remove the U.S. dollar as the world’s reserve currency." - That's not the main reason; the main reason is a hedge against the dollar / alternative; however, it is part of an overall strategy with the new world bank, et. and voting right block for BRICS now exceeding veto rights at IMF...
Reply

Joe hunt
Reply
All I need to know, will the market going to collapse like 2009?
Reply
Leave a Comment