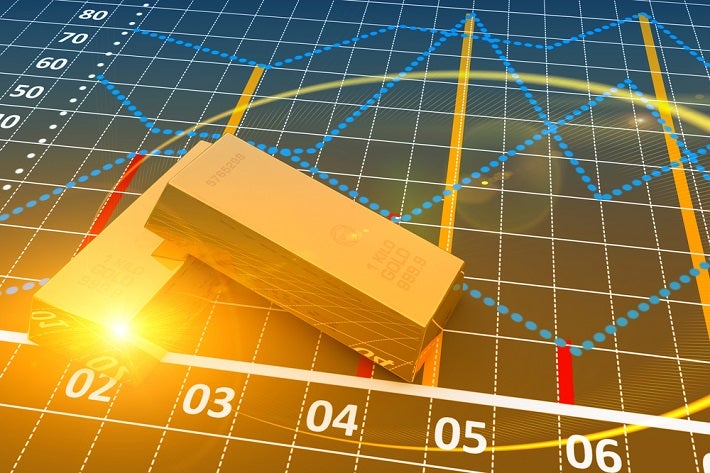 The system is collapsing, the markets are crashing, and gold and silver bullion are soaring higher, attempting to protect their investors from the impending doom about to befall us.

The Mainstream Media is at it again, beating the war drum and attempting to rile up the people of the United States, the markets, and anyone else that will listen. After all, you've got to get those clicks.

The hubbub that I am referring to regards the ongoing "constitutional crisis" taking place in the United States even as I write this article.

A "whistleblower" in the Intelligence Community has stepped forward with damning information that he / she heard from a guy who knows a guy who knows for a fact that President Trump is attempting to circumvent the election process, big league.

Straying from tradition and in record-breaking fashion, the Trump administration released the transcripts of the supposed incident, which took place via phone call with the President of Ukraine. The "whistleblower" believes the President attempted to garner foreign interference in the upcoming 2020 elections by having Ukraine investigate Joe Biden and his son Hunter Biden.

This, of course, would be very concerning if true, even if there was undoubtedly some funny business that took place regarding Hunter's "incident" while Vice-President Biden was in office.

To read more about the background surrounding this past event, I suggest Karl Rove's recent Op-Ed that appeared in the WSJ this morning.

If all of these allegations were true, then you would expect that President Trump and his administration would go into immediate "lock down" mode, making it as difficult as possible for the opposition to investigate his "wrongdoings". Which is what I believe both the Democratic Party and the MSM thought would happen.

Much to their surprise, not only did the President’s administration release the phone call transcripts, but they also released the whistleblower’s memo, with only minor redactions, which you can read below:

A few key takeaways from the whistleblower’s complaint include, self admittedly, that they were not personally privy to any information first hand but received news of wrongdoing from others:

“In the course of my official duties, I have received information from multiple U.S. Government officials that the President of the United States is using the power of his office to solicit interference from a foreign country in the 2020 U.S. election."

"Over the past four months, more than half a dozen U.S. officials have informed me of various facts related to this effort."

"I was not a witness to most of the events described... However, I found my colleagues' accounts of these events to be credible..."

Many of you know I am not the biggest fan of President Trump, nor many of the choices he has made while in office. However, I am also not blind to the fact that he has received the most negative coverage via the MSM of any President in history.

Once again, this appears to be another "nothing burger", especially given the fact that the markets are simply yawning over this "constitutional crisis".

Let's take a look at the current price of gold bullion in the last five days of trading action:

Wait…down? This can't be right. Gold should be rapidly moving higher if a "constitutional crisis" was currently unfolding, as risk would be exploding higher.

The markets must be telling a different story:

Now that's a market collapse if I've ever seen one! Both the Dow Jones and the S&P 500 are down less than 1%.

But what about the people? The men and women on the street? They are the ones that truly matter, especially with the 2020 elections rapidly approaching:

While this news was breaking, Rasmussen, one the largest polling firms in the United States, had President Trump’s approval rating at 51%, which is 7% higher than President Obama's at the exact same number of days in office. Please note that the latter did not have a "constitutional crisis" unfolding at the time.

All sarcasm and joking aside, clearly this story has yet to fully unfold, but unfortunately for the Democratic party and the MSM, the latter of which continues to discredit themselves more and more everyday, this looks like a massive miss that could backfire on them "big time", as Karl Rove stated in his recent Op-Ed.

This game can only be played so many times before people simply stop believing these types of "breaking news" stories altogether—which I believe is the point we are now approaching.

The stock market, gold bullion, the people, and the current evidence being presented all point to the true reality: there is no crisis.

As I have written about numerous times in the past, the 2020 elections will be dirty, they will be nasty, and the world will be taken on a roller coaster of a ride as the greatest reality TV show ever presented unfolds in front of our very eyes.

Strap yourselves in and keep stacking. Madness approaches.

Wyatt
Reply
They DID NOT release the transcript, that has been hidden through code word classification by WH lawyers. They released their memo detailing the call. A memo they wrote with the details they chose to include. The refused to disclose the WB complaint as well, releasing it only after every single member of the Senate voted to demand the release. Facts matter. Also, Joe Biden’s son is the POTUS. Relativity matters.
Reply

adonisdemilo
Reply
With the possibility that there are a few people in the close confidence of the President who have voiced their concerns regarding the Presidents telephone conversations, let's get them on the stand and find out just what their problems are about. Names are needed so that we can determine the present proceedings are just another put up job and without those names for cross examination the President will not be available to listen to your bull shit.
Reply
Leave a Comment