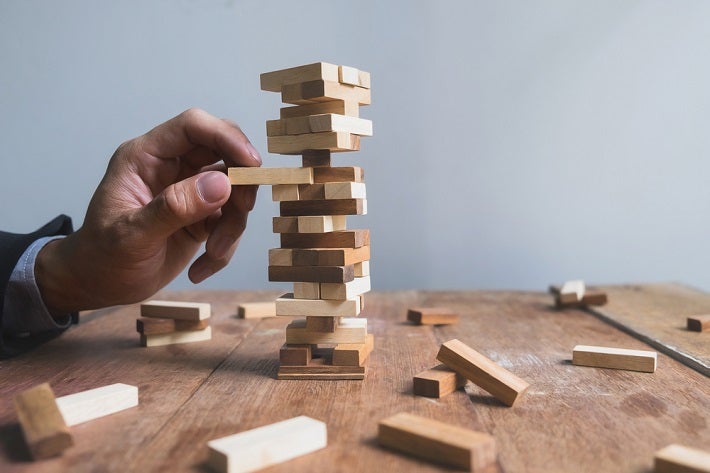 Part I of this series was a wake-up call. Many readers know that we are headed toward an economic cataclysm, the cumulative result of decades of political corruption and willful self-destruction. What few (yet) understand is that what lies ahead is historically unprecedented in economic terms.

A collection of bankrupt governments are about to experience the most severe economic collapse in the history of these nations, simultaneously. The preceding installment provided some of the reasons why this will be the most horrific economic event in history.

The currencies of our nations are worthless. The authority for this is none other than former Federal Reserve Chairman, B.S. Bernanke :

U.S. dollars have value only to the extent that they are strictly limited in supply.

Other Western currencies (and the yen) have been similarly debauched. The paper currencies being pawned off across the Corrupt West are worthless, with the exception of the Swiss franc.

The wealth which people unwisely hold in this paper in one form or another will be extinguished as soon as this paper acquires its actual value. The bonds of these governments will be doubly worthless: the debts of bankrupt regimes, denominated in worthless currencies. Another house of cards.

In North America alone, there are more than 50 million permanently unemployed people. People who will never be allowed to work. The occasional few who manage to escape the permanent unemployment trap will simply displace others into this ever-growing demographic.

How do our corrupt governments deal with our massive, permanent/structural unemployment problem? They pretend that most of the unemployed don’t exist. Their bogus “unemployment rates” only include people actively looking for employment.

We live in societies which produce few new jobs that provide more than minimum wage (a below-poverty line wage), and even fewer which provide a wage substantial enough to support a family. Where is the incentive to look for a job (if you can find one) where you work hard all day and still require charity just to survive?

People who have given up looking for jobs which don’t exist have effectively become “non-persons” in our societies. Their economic plight is no longer even dignified (by our corrupt governments) with the term “unemployment”. They are simply forgotten.

Less than half a century ago, not only did our societies provide full employment, but most of those jobs paid wages which allowed a middle-class standard of living – from one wage-earner. Today, most families are forced to have both spouses work, and even then, couples often struggle to avoid the debt-trap.

This is because real wages have been in a downward spiral for more than 40 years. Ever since the bankers removed their own Golden Handcuffs by assassinating the last vestige of our gold standard, they have been diluting our currencies at an historically unprecedented rate (except for Germany).

Real wages have fallen by more than 50% . A two-wage family of today does slightly less well than a single-wage household of 45 – 50 years ago. This translates into a drop of more than 50% in our standard of living. Household debt levels are also at historically unprecedented rates: mortgage debt, auto debt, student loan debt, credit card debt, etc. etc.

Naturally, with debt levels at historic extremes, savings levels are at historic lows. People with plenty of money in the bank ( real money) don’t do a lot of borrowing. At the household level, even those lucky enough to live above the poverty line have never been more economically vulnerable. Low wages. Sky-high debts. Very little savings – just the illusory “wealth” contained in one of our many asset bubbles.

Look at Switzerland. More than 90% of the workers make the equivalent of more than $25/hour (USD). Switzerland has low unemployment, a high standard of living, and (compared to its Western neighbours) is relatively low in debt.

An imbalance between rich and poor is the oldest and most fatal ailment of all Republics.

In 2008; the right-wing governments which controlled most of the Corrupt West chose to save the Big Banks (i.e. meet their extortion demands) and sacrifice their social safety nets. In 2008; Iceland sacrificed its Big Banks and saved its social safety net. Today Iceland’s economy is (in relative terms) strong and healthy while the rest of the low-wage/low-social program, Corrupt West plunges toward cataclysm. Coincidence? Right.

Regular readers now understand the inflation/GDP charade . If you lie about inflation, then for every percentage point you understate the rate of inflation you overstate GDP, since all GDP calculations must be fully deflated by the current inflation rate. Our governments grossly understate the real rate of inflation. This means they grossly exaggerate real GDP. Our crippled economies are not growing, they are shrinking.

Our mushrooming asset bubbles hide this sickening economic decay, but they cannot conceal it completely. Housing developments grow and sprawl all over the urban centers of our worst real estate bubble markets. But how many new shopping centers are being built? There hasn’t been a new, major shopping mall built in the United States in more than a decade.

Today, after the U.S. economy has “recovered” for 8+ years, the Federal Reserve is still afraid to raise its benchmark interest rate back to the lowest level in history – because the U.S. economy is too weak to withstand paying interest on all its massive debts. It’s virtually the same across the rest of the Corrupt West.

The growing demographic of poor, unemployed, and homeless creates other undesirable consequences. To start with, people in the lowest economic brackets don’t do nearly as well at maintaining their health. It’s not because these people don’t want to live healthier, it’s because they can’t afford to do so.

With our aging societies already straining the capacity of our healthcare system, we’re creating a large-and-growing demographic of people who are guaranteed to be in poor health as they age. The same societies which condemned these people to poverty cannot ignore their afflictions when they get sick. The poor-and-sick will overwhelm our healthcare system.

Sick economies. Sick societies. And these socio-economic diseases are on steep, downward trends. With our nations heading towards an unprecedented economic cataclysm, our economies and our societies have never been less-prepared to meet such a crisis . How did our once-prosperous economies and once-healthy societies descend so far, so fast?