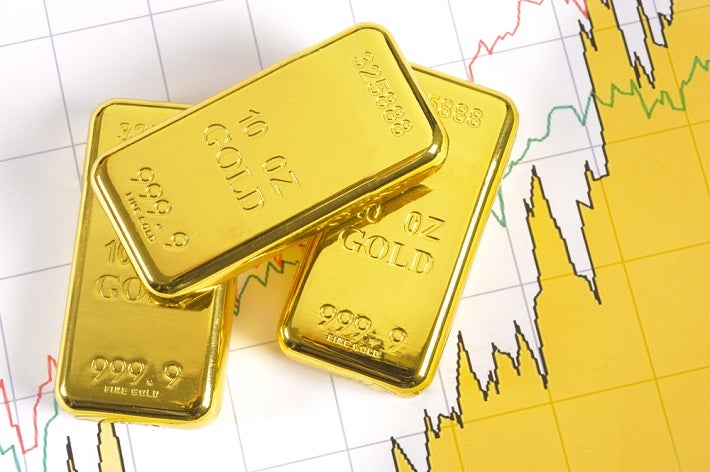 Part I of this series explained that (most) Western nations are heading toward an economic cataclysm which is historically unprecedented. Part II expanded upon the economic diseases which have sent us into this terminal descent and also factored in some of the social diseases which have left us more vulnerable to an economic crash than at any other time in history.

This instalment is dedicated to illustrating the political and legal devolution which has taken place across the Corrupt West, along with explaining how and why this political/legal devolution has led to our economic and social decline. Any discussion of this nature must begin with the Rule of Law. An articulate essay by American writer Matthew Spalding spells out the principles here.

The rule of law may be the most significant and influential accomplishment of Western constitutional thinking. The very meaning and structure of our Constitution embody this principle. Nowhere expressed yet evident throughout the Constitution, this bedrock concept is the first principle on which the American legal and political system was built.

The Rule of Law is not a single mantra or principle. It is a legal philosophy which is a collection of principles that, when combined, create the necessary conditions for fundamental justice. A society which adheres to this philosophy will produce justice for all members of that society, subject to occasional errors in the interpretation and execution of those principles. Conversely, any society which is not governed by these principles can never and will never produce consistent justice.

A principle that itself is quite old and long predates the United States, the rule of law is the general concept that government as well as the governed are subject to the law and that all are to be equally protected by the law . Its roots can be found in classical antiquity. The vast difference between the rule of law as opposed to that of individual rulers and tyrants is a central theme in the writings of political philosophers from the beginning. In the works of Plato and as developed in Aristotle’s writings, it implies obedience to positive law as well as rudimentary checks on rulers and magistrates.

In Anglo-American history, the idea was expressed in Magna Carta in 1215. In its famous thirty-ninth clause, King John of England promised to his barons that “No free man shall be taken, imprisoned, disseized, outlawed, or banished, or in any way destroyed, nor will he proceed against or prosecute him, except by the lawful judgment of his peers and the Law of the Land.” The idea that the law is superior to human rulers is the cornerstone of English constitutional thought as it developed over the centuries. [emphasis mine]

While the principles of the Rule of Law govern all human and governmental conduct, the most important of these principles are our guarantees against arbitrary actions by our rulers. In particular, this means freedom from arbitrary imprisonment. No member of society can ever be deprived of their liberty except according to the procedural principles of due process.

As all are subject to the law, so all—government and citizens, indeed all persons—are equal before the law, and equally subject to the legal system and its decisions. No one is above the law in respect to enforcement; no one is privileged to ignore the law, just as no one is outside the law in terms of its protection . As the phrase goes, all are presumed innocent until proven guilty. We see this equal application of equal laws reflected in the Constitution’s references to “citizens” and “persons” rather than race, class, or some other group distinction, as in the Fifth Amendment’s language that “No person shall . . . be deprived of life, liberty, or property, without due process of law.” [emphasis mine]

There are now numerous legal contexts where the principles of due process are no longer observed in the Corrupt West. However, nowhere is our departure from fundamental justice more obvious and appalling than with respect to the political/legal/moral abomination known as “The War on Terror.”

The phrase means nothing. It is just as intellectually bankrupt as declaring “a war on war”: engaging in the killing of human beings in order to (supposedly) prevent the killing of human beings. Nonsense. Any war initiated without any clear boundaries or definition is destined to be an endless war. The “War on Terror” was intended to be an endless war: the creation of Boogeymen (the “terrorists”) and the commission of serial false-flag attacks in order to create what is effectively a police state across the Western world.

In a police state, arbitrary imprisonment is a fact of life, meaning the Rule of Law has ceased to exist. Arbitrary imprisonment is the cornerstone of the War on Terror. Dictatorial (puppet) governments point their fingers at members of society, utter the Magic Word (“terrorist”), and instantly any pretense of the Rule of Law and due process vanishes from our lawless societies.

Why do the governments of the Corrupt West claim the right to arbitrarily imprison so-called “terrorists” – without evidence – and instantly strip them of any-and-all human rights? It is supposedly in the interests of “national security”. We abandon the Rule of Law in the interest of our security. This is yet another intellectually bankrupt assertion which has already been exposed through a famous quotation attributed to Ben Franklin.

Those who would give up essential Liberty, to purchase a little temporary Safety, deserve neither Liberty nor Safety.

Some historians argue that this quotation has been taken out of its original context. That is irrelevant. The phrase acquired its stature and enduring quality because our ancestors understood and accepted the plain meaning of the words: giving up our liberty in the interest of so-called “security” is yet another affront to the Rule of Law. It is an attempt to create an arbitrary exception to these principles: sometimes “security” is more important than justice. Never.

Apologists for our puppet governments and their War on Terror will claim there is evidence presented against the so-called “terrorists” – behind closed doors. And there are trials for the so-called “terrorists”, behind closed doors. Once again, these are corrupt assertions which long ago were rejected by our societies, as illustrated by one of the most important principles of fundamental justice in the Western world.

Justice must not only be done. It must be seen to be done.

Western constitutions prohibit arbitrary imprisonment. Our governments are bound by these constitutions. The so-called “laws” created by these regimes to take away our Law (i.e. our fundamental liberties) exceed the authority of these corrupt regimes. Their laws are null-and-void.

We used to be societies governed by the Rule of Law. Today we are societies subjected to the arbitrary decrees of corrupt rulers. The Rule of Law has been abandoned. Our constitutions have been (illegally) ignored. Our equally corrupt judiciaries rubber-stamp these appalling, illegal acts.

Why? Why did these corrupt regimes choose to impose police states upon us, manufacturing the absurdly transparent charade of “the War on Terror” as a pretext? It is because the economic devolution of our societies and the economic rape of the citizens of these societies was a planned event.

The imminent economic destruction which lies ahead of us will be characterized (in one way or another) as “a surprise” in the propaganda of the mainstream media. Nothing could be less accurate.

The monetary policies of the banking crime syndicate are nothing less than an economic crime against humanity . As explained in the previous instalments of this series, they were knowingly malicious acts – actions designed to produce inevitable consequences.

These banking overlords commanded our puppet governments to manufacture the “War on Terror” and create these police states as control mechanisms . When our economies and societies collapse, and when angry, frightened and likely hungry citizens begin rioting and (belatedly) demanding accountability, these police states have been created to allow these puppet governments to cling to power – so they can continue to serve our banking overlords.

Hundreds of “detention centers” have been created across the United States, capable of warehousing millions of people. Dissidents all over the U.S. (and perhaps other Western nations) will be banished to these gulags, very likely for doing nothing more than protesting against the crimes committed against us.

Former UK Prime Minister and ardent Nazi, David Cameron, stood before the United Nations general assembly and declared that those who simply dared to criticize our corrupt governments should be treated as “terrorists” – and thus deprived of their rights and imprisoned in our governments’ gulags. “Security” is everything, claim these fascists; liberty means nothing is what they imply. All about control.

The final instalment of this series will answer three questions. Who are the Puppet Masters responsible for this political and economic fascism? Where is this downward political/economic/social spiral leading? What can we do on a practical basis to protect ourselves when the tidal wave hits?

Alohajim
Reply
Thanks for another great read. Not many writers in the PM space can articulate and focus so clearly on the problem. Jeff is helping everyone understand that governments, banks, and mega corporations should be correctly thought of as one entity, each performing a different function in service of the moneychangers. In particular I like Jeff's tone - heaping distain and disgust at all of the so called leaders, experts, authorities, etc.that have been installed as 'keepers' of the system. The moneychangers, possessing no useful skills themselves, are completely dependent on their minions to run their system. Some are truly ignorant, hopelessly brainwashed, and stupid. The rest are the most miserably pathetic excuses for human beings on the planet. Thanks, and keep up the good work Jeff!
Reply

Donny Brooks
Reply
One of the best of your many erudite essays, Jeff. And I've read them all, for many years.
Reply
Leave a Comment