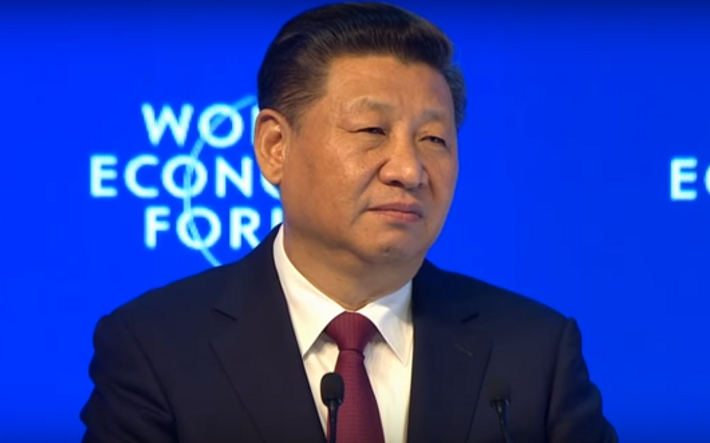 China is the world’s largest gold producer and buyer. So President Xi Jinping’s takeaways in the wake of his recent meeting with Donald Trump, his U.S. counterpart, have huge market implications.

China, steeped in a 5,000-year history, tends to think in longer time frames than Western countries. Their leaders are thus less likely to act impulsively.

That’s a good thing for Trump. Because in Xi’s eyes, the U.S. President almost certainly came off as a vacillating showman who acts tough, but lacks an internal core.

To many Americans, whose opinions about negotiating strategies were formed while watching The Apprentice, the reality show Trump starred in, first impressions matter.

The President’s decision to launch missile attacks on Syria during a dinner with Xi, and to announce it over dessert, thus came off as clever signal that the United States is not to be messed with.

Xi, who, however, likely missed many episodes of The Apprentice, was less impressed by this brazen insult. His reaction was interesting: Xi smiled, kept his cool and said nothing (the Chinese condemned the attack after the summit was over).

Worse for Trump’s image was the fact that during the weeks after his meeting with Xi, he appears to have caved on his entire China policy.

The U.S. President started by backing away from his election promise to label China a “currency manipulator.”

Trump also failed to use the momentum during his “first 100 days” to enact the trade measures that he had promised against the Chinese.

Finally and most important, Trump retreated from his initial “tough-guy” challenge to the “One China,” policy by ruling out further phone calls with Tsai Ing-wen, Taiwan’s President.

On the surface, all of this is good news for China. However, at this point, Xi can’t even be sure if a weak and vacillating Trump won’t reverse his positions again.

Chinese strategist: the US will go to war to back the dollar

That said, in a sense it really does not matter. Because (as economist Alasdair Mcleod recently reminded us) Chinese policy regarding the U.S. dollar was spelled out two years ago, in a paper that Qiao Liang, a general, delivered to the University of Defence, China’s top military academy.

Liang posited that America’s key foreign policy objective is to enforce the U.S. dollar’s role as the global reserve currency, which it can then print at will whenever it needs to buy stuff.

The U.S. will even go to war to maintain the dollar’s dominance, he concludes.

“America has become an “empty” state,” Liang writes. “Today’s U.S. Gross Domestic Product (2015) has reached U.S. $18 trillion, but only $5 trillion is from the real economy. America’s real opponent is itself. America has shown a surprising slowness in realizing this point.”

Liang also provides broad hints about where China comes out on the monetary policy front, suggesting that “the most important thing in the 20th century was not World War I, World War II, or the disintegration of the USSR, but rather the August 15, 1971 disconnection between the U.S. dollar and gold.”

That is some statement.

While Liang is just one of many People’s Liberation Army generals, for his paper to be published, it would have had to have been approved by the highest levels of leadership.

Will China’s strategy be correct?

Investors who want to understand China would do well to remember Chou En-lai, the former communist leader, who when asked in the 1970s about the Paris Commune’s impact (which had taken place 100 years earlier), said it was “too soon to tell.”

The same applies to Xi’s assessment of Trump. While we have clues, it’s really too soon to tell.

However Donald Trump and The Apprentice’s wisdom contrast poorly with that of Xi Jinping and Sun Tsu.