A System of Confidence 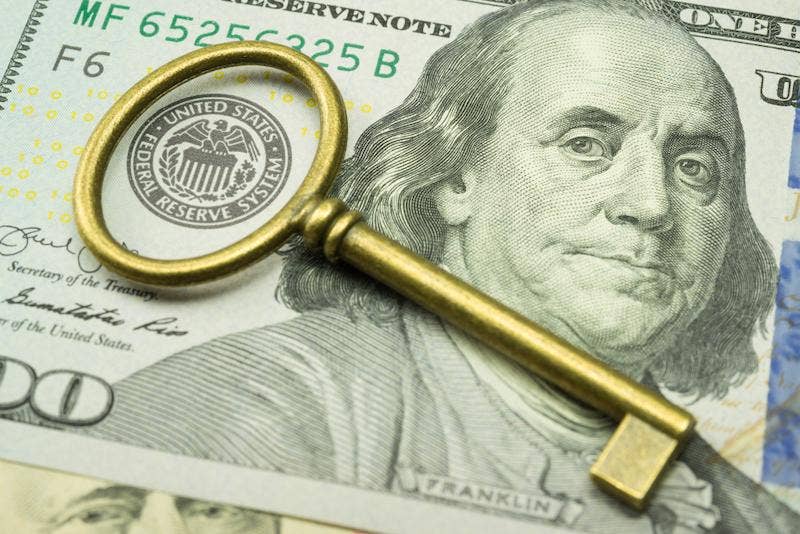 On Twitter earlier this week, someone sent me a note asking if this weekend's events represented "Peak America". I responded that "Peak America" actually came a long time ago. The fall of Afghanistan is just the latest milepost on the way down.

Never forget that the current monetary system—the one that has been in place now for 50 years—exists solely upon CONFIDENCE. Remove confidence and you're left with nothing. So, as just one small recent example, what about the events in Afghanistan inspire confidence in American leadership in the world? To that point...

After the disaster of WWII, the global economy was in shambles. Countries were devastated and their financial conditions were in ruins. So, how do you go about rebuilding global trade and growth when there are no trustworthy and reliable means of facilitating trade? The answer: you decide to take the currency of the only remaining healthy economy and back it with a convertibility into gold. This is what took place at Bretton Woods in 1944, and if you're unfamiliar with the details, you can learn more here:

In backing the U.S. dollar with U.S. gold reserves, the rebuilding world found a currency in which they had the confidence to trade and save. All was fine with this system until the world economy had rebuilt to the point where countries decided they'd prefer to hold their foreign currency reserves in gold than dollars. To avoid a complete drain of the U.S. gold reserves, President Nixon "suspended" the dollar's convertibility to gold on August 15, 1971, and the rest is—as they say—history.

Since then, the entire global financial system has been running on an untethered and unbacked fiat currency regime. With gold now out of the picture, what props up this monetary system? Confidence! And nothing more.

The only thing backing dollars, euros, pounds, yen, and the rest is the confidence of the users of the currency. Stated another way, without confidence in the future value of a fiat currency, what does the user have left. Nothing. Consequently, the value of the currency falls to nothing, as well.

Further, in the years since WWII, the U.S. has positioned itself as the center of the global monetary system. Having control of the world's reserve currency grants you these exorbitant privileges:

As such, a high level of confidence in U.S. political leadership, military leadership, and financial leadership is an absolute MUST if the current global monetary system is to be maintained.

And this is where recent events hit hardest in the big picture. What about this scene screams CONFIDENCE in U.S. policy, U.S. leadership, and U.S. trustworthiness?

Insane. Don’t have any other words.

When I say leadership, I do NOT mean the current Biden administration—though they are certainly not helping. What I mean is big picture: a bellwether country that can be relied upon for stability and...confidence. This is what America once was, and it's WHY the U.S. enjoys all of those "global reserve" privileges. Remove confidence in America and you remove all need, reliance, and trust in the current system. This is why this past weekend's events are so important. Perhaps not so much in a fundamental sense but instead in a sense of imagery and confidence (there's that word again).

Recency and Normalcy Bias constrain the minds of many. If you've never lived in a time when the U.S. dollar was NOT the reserve currency of the world, it's difficult to imagine a day in the future when suddenly that privilege evaporates. However, that moment is most assuredly coming, and one of your preparatory steps for this eventuality is the continual acquisition of physical precious metal.

If anything, the tragic recent events we've witnessed in Afghanistan are just another step in that slow decline, and now that day of the final loss of confidence has grown even closer.