Ahead of December COMEX Deliveries 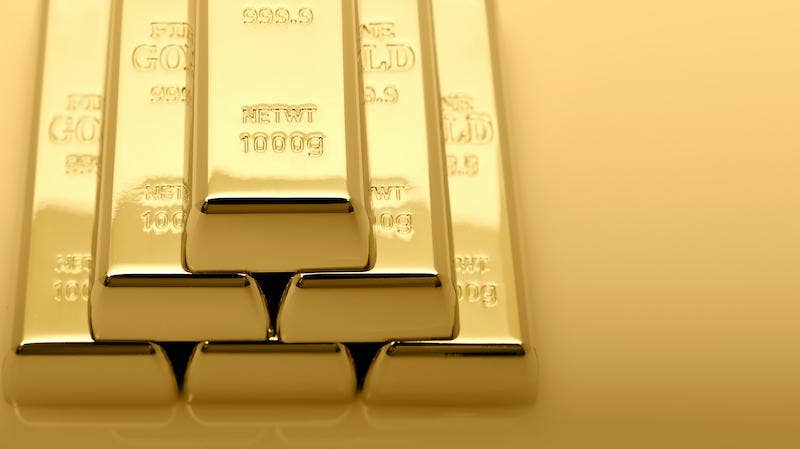 The year 2020 will be remembered for many things, not many of them good. However, we will also recall 2020 as the year the LBMA/COMEX consortium nearly failed, and then since that event in late March, it has also been the year when the CME Group, in a desperate attempt to maintain the legitimacy of their price discovery scheme, was forced to convert their COMEX into a physical delivery vehicle.

It seems that we've written about this almost monthly since all the changes began back in April. Here's just one link with details, but I encourage you to search the Sprott Money site for more articles on the subject from some of their other authors, as well.

This year's surging and record amount of what is alleged to be "physical delivery" off of the COMEX has been well-documented, too. So as we head into the final (and typically busiest) "delivery month" of the year, I thought you might find it helpful to have some historical data to which you can compare the December numbers as we go through the month.

First, let's look back at the last five years of COMEX delivery data so that you can appreciate the size and scope of the deliveries thus far in 2020.

Next, let's total all of that and also compute a five-year average.

So now let's look at the consequential year of 2020 on a month-by-month basis. Below are the total monthly deliveries as posted to the CME Group website. Note that the spreadsheet begins with December 2019 and then lists the totals for every month since. As you can see, the year began with deliveries of just 13,864 contracts in the first quarter...pretty much right in line with the 2015-2019 average. But then take a look at what has happened since April:

Your key takeaway? A year-to-date total of 215,114 deliveries means that the depositories of the COMEX have been forced to deliver more gold in the first eleven months of 2020 than they had in the entire five-year period 2015-2019.

And now the final delivery month of December looms, and it is typically the busiest "delivery month" of the calendar year.

As I type this on November 18, there are still 247,965 Dec20 contracts still open. Of course, the vast majority of these will be closed and/or rolled into Feb21 or Apr21 before the contract goes off the board and into delivery next Friday. However, there will very likely again be a significant number of contracts remaining open as December begins, ostensibly "standing for delivery". But how many?

With just seven trading days left before First Notice Day, the amount of Dec20 contracts still open is close to the amount of Aug20 contracts left open on the same date in July and about 20,000 contracts higher than the amount of Jun20s remaining open on this same date in May. So, will we see another 50,000+ contracts being delivered in December? That certainty seems likely. If so, another 50,000 deliveries next month will bring the year-end total to near 265,000 contracts or a whopping 825 metric tonnes. That's more than the entire official gold holdings of Japan (765.22 mts), the Netherlands (612.45 mts) or India (557.79 mts)!

Oh, and by the way, how much gold does the CME claim that their official depositories hold in their combined registered, pledged, and eligible vaults? If you can read the sheet below, it's 37,312,164 troy ounces or about 1160.54 metric tonnes...though the total registered and allegedly marked as available for delivery gold is less than half that amount. 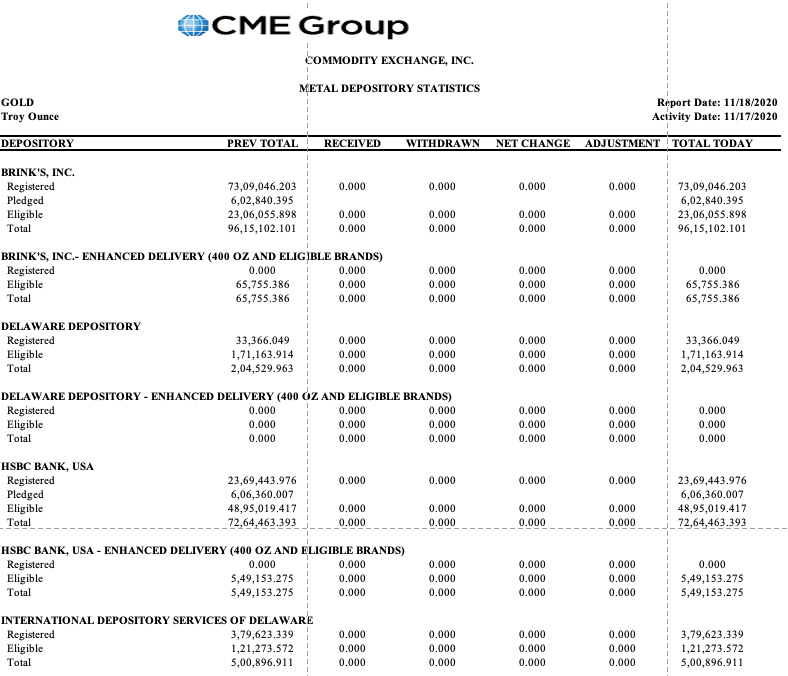 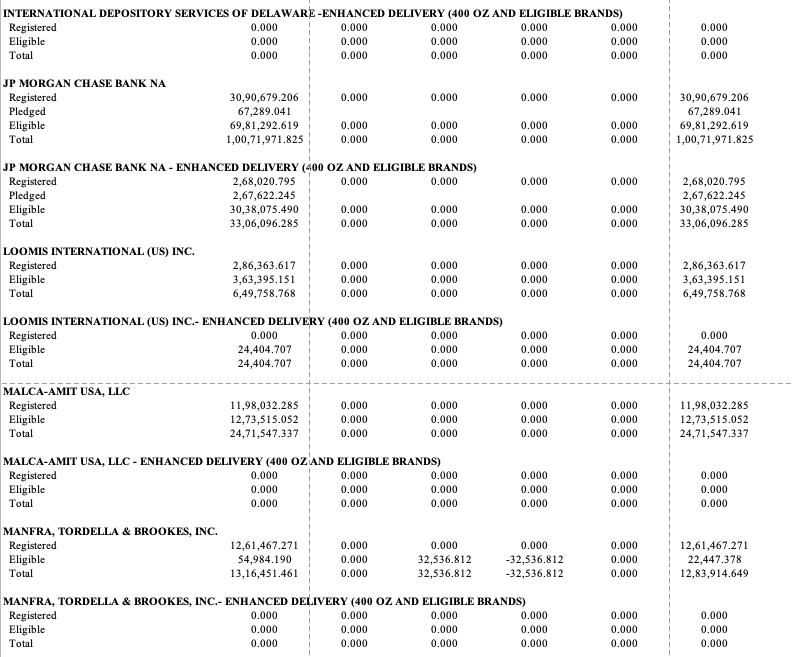 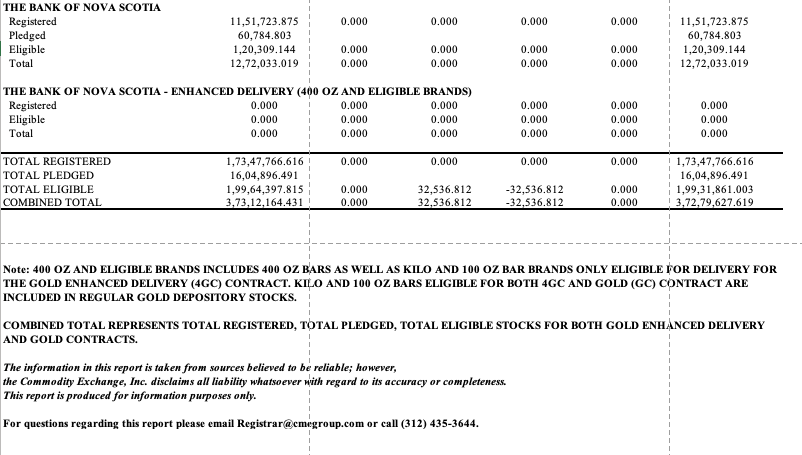 However, how long can they keep this up? The COMEX futures market was never intended to be utilized as a physical delivery platform, but after the crisis and near collapse of late March, it has been converted into such.Another year of extreme delivery off-take is likely to cause extreme stress for the LBMA/CME Fractional Reserve and Digital Derivative Pricing scheme. How much additional stress? Let's watch to see just how many contracts stand for delivery in December, and then we'll take another look at it in January.