Are You Prepared For The Next Big Move In Gold And Silver? 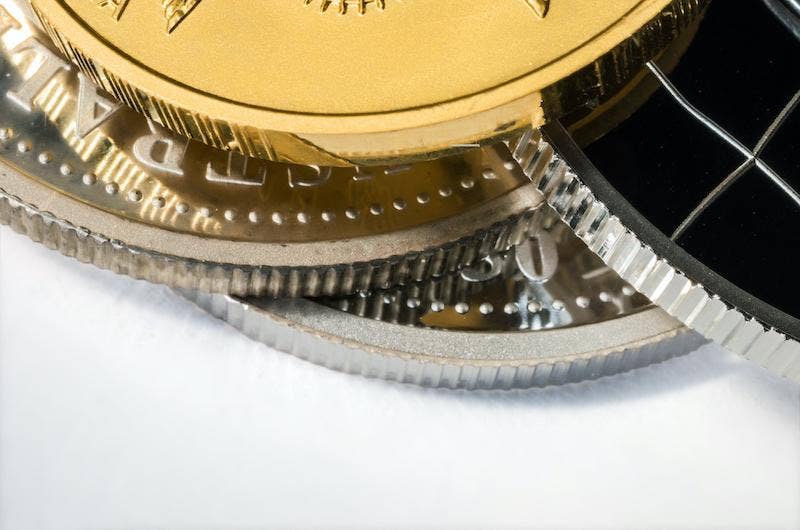 The precious metals sector has been in a downtrend since August 2020:

The chart above is a 52-week daily of GLD. The GDX chart looks almost identical. The silver chart shows a high closing price last August. But the silver price has traded in a sideways trading channel since the end of last August. And actually, silver has been in a gentle uptrend since late October 2020:

I’m willing to bet that many market participants would be surprised to see that silver has not been hammered lower like gold and the mining stocks.  While the entire precious metals sector is starting to convey bullish signs, silver in particular is potentially explosive. Not surprising because silver functions both as a monetary metal – in fact the world’s oldest form of civilized money – and a commodity.

The rampant price inflation that has engulfed commodities in general has not affected gold and silver – yet. But that’s because the western Central Banks make every effort to control the price of gold and silver using unallocated forms of the metal (see below) in order to protect the U.S. dollar’s reserve status and, in general, the fiat monetary system. However they have failed to push down the price of silver along with gold.

This reflects the underlying structural supply/demand imbalance of physical silver,  which has been an issue since at least early 2021. Evidence of this is the U.S. Mint’s unwillingness, along with several other sovereign mints, to supply enough minted silver bullion products to meet demand. This is why the premiums for minted retail bullion products is running close to 40% of the “spot” silver price.

With regard to Basel Three, while many precious metals market participants were banking on the implementation of the Basel Three Accord’s Net Stability Funding Ratio to smash the London/Comex unallocated, paper derivative gold/silver fraud,  I have been skeptical at best. To be sure, at the end of the day, if the B3 Accord provisions were properly administered and diligently enforced, the big banks that are short all flavors of derivative gold (leasing, futures, forwards, OTC derivatives, hypothecation, etc) would be in trouble.

I am doubtful that the provisions will be enforced and will be pleasantly surprised if I’m proved wrong.  But my rationale for a big move in the precious metals sector does not rely on a short squeeze that would be caused by a bona fide application of B3.

Make no mistake, the downtrend in the gold price has not been accompanied by the selling of actual physical gold. The observed price decline is fully a function of price manipulation in the paper market. I will bet my full chest of 1 oz silver Chinese pandas the only gold (and silver) that has been sold since August 2020 is the physical gold/silver sold and delivered to large eastern hemisphere buyers, industrial users and coin dealers selling to retail buyers.

Western bullion banks have been bombarding the unallocated gold market with paper derivative products, aiming at hedge funds (and CTAs) that loaded up on paper gold and silver when the sector exploded higher starting in March 2020. But you can’t sell what you don’t have and the hedge funds don’t have physical gold or silver to sell. The price observed in the electronic trading markets (including the Kitco derived “spot” price) is 100% a function of supply and demand in the gold and silver paper derivatives market.

The COT report, largely useless most of the time, is suggesting to me that the current downtrend in the precious metals sector is close to or has run its course. I’ve been dissecting the COT report for 18 years – not so religiously over the last 10 because I just don’t trust the numbers and consider it a waste of time except when the market reaches technical extremes, like now.

The only inference that can be made is that this is just another COT open interest liquidation and price takedown operation in which the banks use paper bombs to “dislodge” hedge fund longs in order to harvest short position profits and to keep the gold price in check. At some point, the hedge funds will be drained of enough paper gold to the point at which the banks can no longer get them to stick their fingers down their throats and puke paper.

The ONLY aspect of the COT report that is notable for me is the “Other Reportables” category, which has been steadfast in maintaining a sizable net long position. Last week, when the hedge funds puked longs, the OR’s actually added to their net longs.  The ORs consist of non-fund pools of capital including family offices, large-wealth individuals via their proxies and maybe sovereign entities standing behind offshore LLC’s.  The  “deliveries” for July silver, which appear poised to set a record, are being made primarily to the ORs (Other Reportables) and commercial users, as well as very high net worth individuals.

Finally, India is one of the world’s most voracious physical gold accumulators.  But Indian imports have been absent for the last 8-12 weeks while the country went back into virus “crisis” lockdown mode. As of last night, data from India’s gold import/distribution hubs began to show life again. While India’s absence helped facilitate the price-takedown of gold in the paper gold market, its re-emergence will make western bullion bank price control considerably more difficult. Per its historical pattern of buying, I expect India to begin buying physical metal with a vengeance after the recent period of dormancy. This will be “make-up” buying for the lost time. Compounding this, India’s biggest seasonal gold buying begins in September.

With highly manipulated markets, you can never predict with reasonable accuracy future prices. But eventually market manipulations inevitably fail. The London Gold Pool in the 1960’s was a bullion bank scheme to use physical gold in an effort to keep the gold price pegged at the official $35 per ounce price. But for a large portion of the 1960’s,  the actual transactional price of gold was above $35 (note: this was before gold and silver derivatives existed). But the London Gold Pool was smashed when it ran short of physical gold that could be used to bombard the market. Shortly thereafter Nixon closed the gold window in 1971.

I’ve learned over the last 20 years to refrain from putting out price projections over specific timelines. But eventually the markets in general will shed the denial that inflation is anything other than “transitory” and the precious metals will experience massive capital inflows as an investment mechanism to preserve wealth as fiat currency devalues toward zero.  As such, I am highly confident that six months to a year from now gold, silver and the mining stocks will be significantly higher.  Moreover, some mining stocks have the to potential to provide lifestyle-changing wealth appreciation.