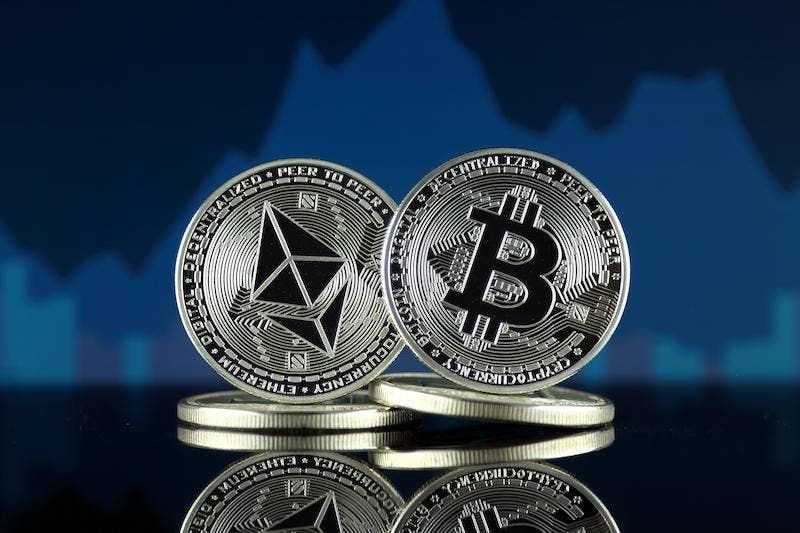 Over the course of the past month, many precious metals investors may not have been aware of the wild roller coaster of a ride occurring once again in the world of Bitcoin.

With all of the circus-like atmosphere around the U.S. presidential election, you cannot be faulted, as much of the media attention has been fully and wholeheartedly invested in covering that event.

This is for good reason, as the ramifications of the 2020 U.S. presidential election will have a rippling effect across the globe, not just in the short term but for years to come.

However, one market that has been on fire, skyrocketing to near all-time highs, is Bitcoin, which had a completely stunning month of gains…well, at least until this week, that is.

The Extreme Volatility of Bitcoin

In the early days of Bitcoin, in which I was an active participant, the Bitcoin community was truly a community dedicated to transacting in Bitcoin, spreading its message about the tremendous value that it offered as an alternative currency to the government-issued fiat that we find ourselves living under.

However, as the years went by, the focus shifted rapidly from transacting in Bitcoin and building businesses built around Bitcoin to holding Bitcoin as a speculative play. HODLERS took over and it became all about increasing Bitcoin to higher highs.

This is fine, even though it is very different from the vision that many had for Bitcoin in those early days, and unarguably, many have become fabulously wealthy by "investing" in Bitcoin.

Sadly, there are many more stories about those who came late to the Bitcoin party, jumping aboard the "hype" train and getting decimated in the process as their emotions got the best of them. They invested everything they had into Bitcoin only to then sell at much lower prices, as they could not stomach the extreme volatility that exists within the Crypto space.

Those with strong hands—who have dollar cost averaged into the Bitcoin world—have fared much better, similar to those who have done so for years within the precious metals space, dollar cost averaging month after month regardless of the highs or lows, mitigating their risks in the process. 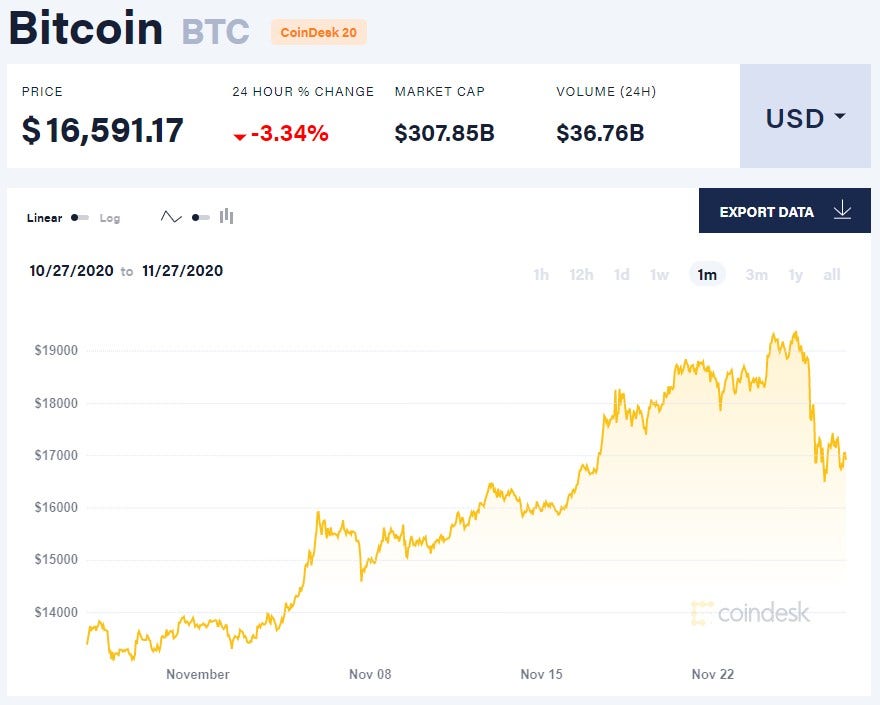 However, the volatility within the Bitcoin marketplace is unlike anything else we have seen.

At the start of November, less than 30 days ago, Bitcoin was trading within a range that saw it testing the $14,000 USD level but not breaking through. Yet after the U.S. election results began to trickle in and it became more and more obvious that Joe Biden would be the next President of the United States, the shackles on the price of Bitcoin were not only discarded but catapulted towards the moon.

Speculators went ham wild, diving head first into Bitcoin once again, sending the price from $14,000 USD to near its all-time high seen during the last Bitcoin mania in 2017.

This resulted in a high of $19,374.84 USD per Bitcoin earlier in the week before the Bitcoin bubble once again popped, sending it crashing lower to $16,285.74 USD overnight!

How's that for volatility?

This is Not the End of Bitcoin

Just as I have said so many times before, this is far from the end of Bitcoin. It may be overbought and it may be in for a correction, as it has countless times before. However, it is here to stay. Competition to the government-controlled fiat currency monopoly is never a bad thing. However, for anyone thinking that Bitcoin can only and will only go higher, you are sadly mistaken.

Big money has clearly made it known that they are dabbling within the crypto markets and have the ability to rapidly send it higher, then dump it lower, profiting each time they do so. For those who cannot stomach the Bitcoin roller coaster ride, I suggest you stay as far as away as possible, as your emotions can decimate you in a market such as this, causing you to both buy and sell at extremely inopportune times.

Yet there are those out there that do believe Bitcoin is nothing but a pure speculative bubble, such as the highly regarded Peter Schiff, who has been a constant critic of Bitcoin as an asset: 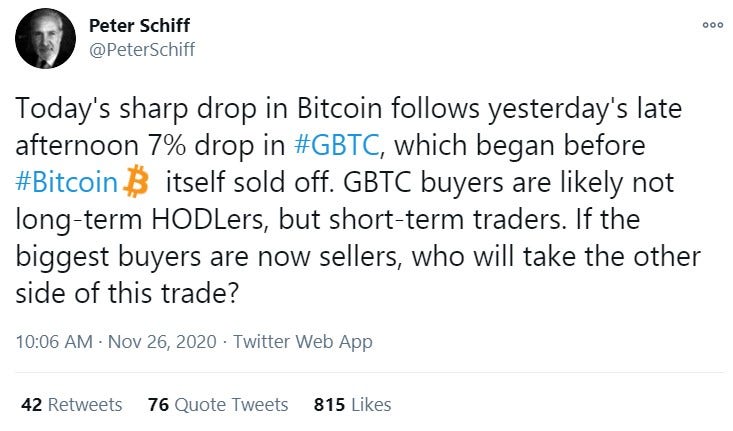 Peter Schiff regularly spars with Bitcoin enthusiasts on his Twitter timeline, which makes for some rather comical reading, as both sides regularly consider themselves proven "correct" due to the extreme wild swings within Bitcoin’s price.

However, there is one point on which I wholeheartedly agree with Peter Schiff, and that is the fact that Bitcoin is absolutely NOT a replacement for the safety that physical precious metals offer, even though there are many Bitcoin fan boys and girls who would argue that it is.

As previously mentioned, I would put Bitcoin much more in the camp of competing with traditional fiat currency. I believe it would be vastly superior if volatility eventually normalized and it was used primarily as a speculative vehicle.

The volatility that we are seeing in the Bitcoin marketplace may be some of the most extreme that the world is witnessing at this time, but it is far from the only space that is suffering from wild gyrations and uncertainty. The world is holding its breath regarding so many issues at the moment, and people are preparing to enter 2021 with COVID-19 still hanging heavily over their heads.

Will the markets be able to adapt? Will we be able to curb the spread and damage that COVID-19 is causing to the global economy?

What will become of the incredibly Divided States of America as we head into 2021? People appear to be more divided in their political views than ever before.

There is so much that is unknown, but one thing is certain: volatility will be a continuing trend that will only grow from this moment on and be constantly present as we navigate our way through 2021.

News
461
The Convicted Criminals of JP Morgan
By Craig Hemke
News
1944
Higher Highs Ahead but Running Out of Steam
By David Brady
News
1010
After The CPI, Watch the Bond Market
By Craig Hemke