Coiled Springs Are About to Explode 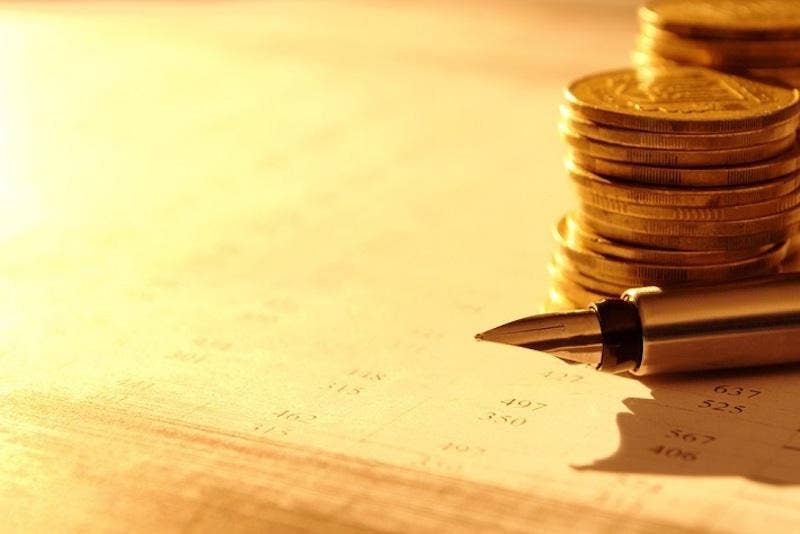 Seems like nothing material has happened for weeks now. Déjà vu will become muscle memory if this keeps up. But I doubt it. When market volatility drops and every sector coils into a compressed spring, ultimately there tends to be a violent move one way or the other. Stocks, the dollar, bonds, and precious metals are all poised for big moves—one way or the other. 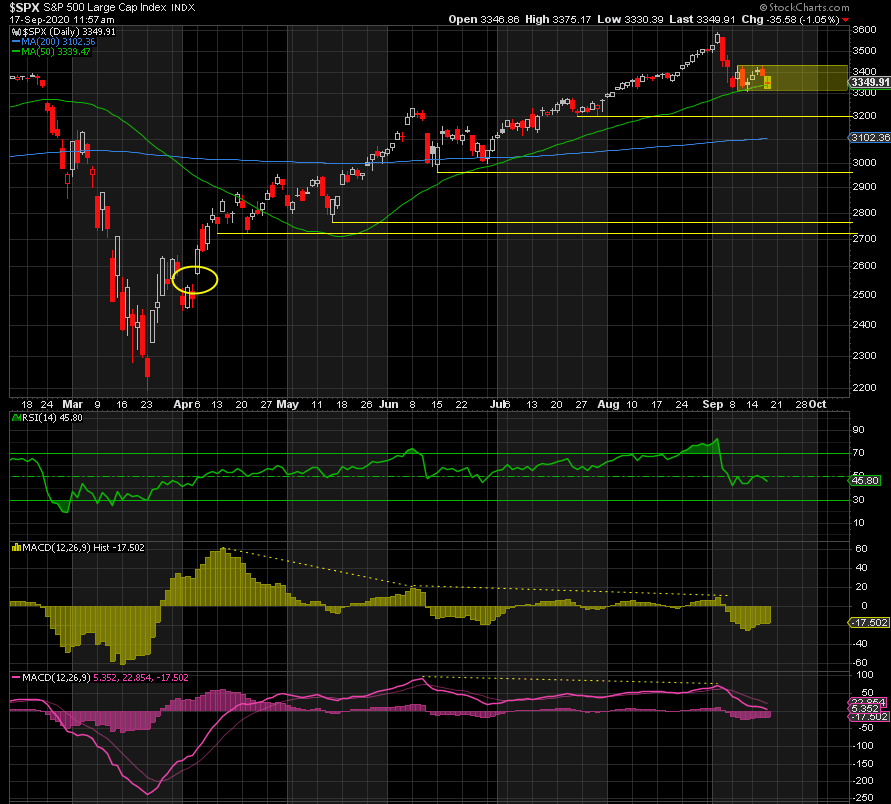 Since its dramatic $360 drop from its peak of September 2, the S&P has been going sideways between 3425-30 and 3310-30. Note how the RSI is right around the neutral level of 50. Either stocks are consolidating before going higher again or wearing out the patience of the bulls before they dump. We’ll know either way soon depending on which breaks first, support or resistance. Unless we get something new on the monetary or fiscal front, I’m leaning towards further downside. Watch that 50-day moving average for a close to the downside. 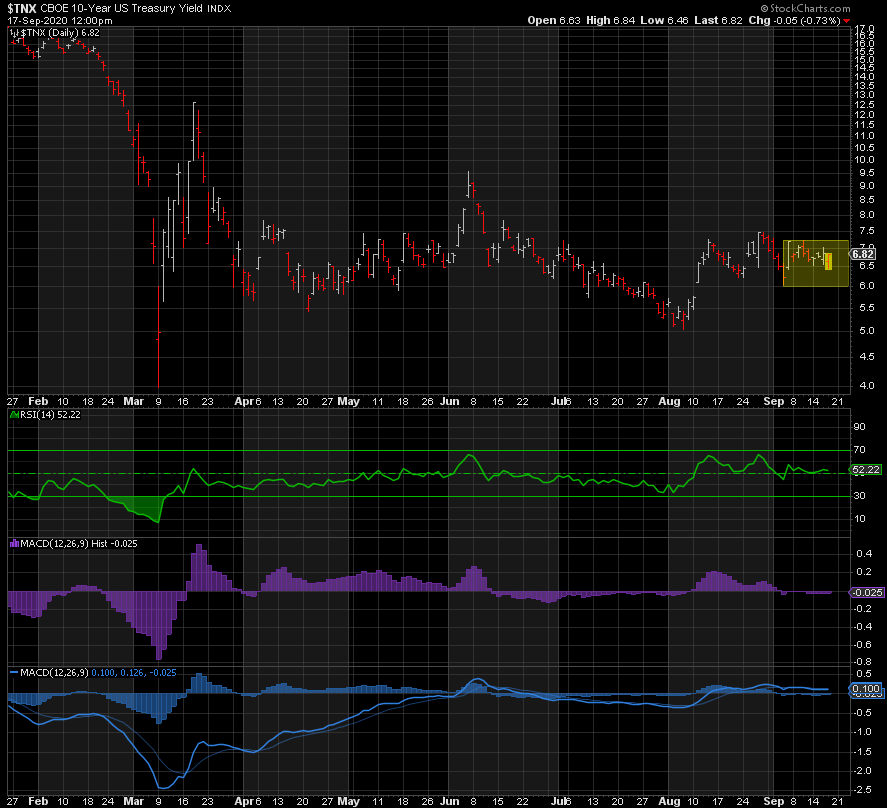 Treasury Inflation Protected Securities, i.e. TIPS, are also going nowhere after a massive rally since March. The RSI is also around 50. Are you sensing a theme here? Given the previous rally and the lack of any real retracement, I’m leaning to the downside in TIP and upside in real yields (inverse of TIP) in the very short term. In order for that to occur, we would need to see either bond yields rising faster than inflation expectations or inflation expectations falling faster than yields. But I’ll wait and watch to see whether we break out to the upside or downside. 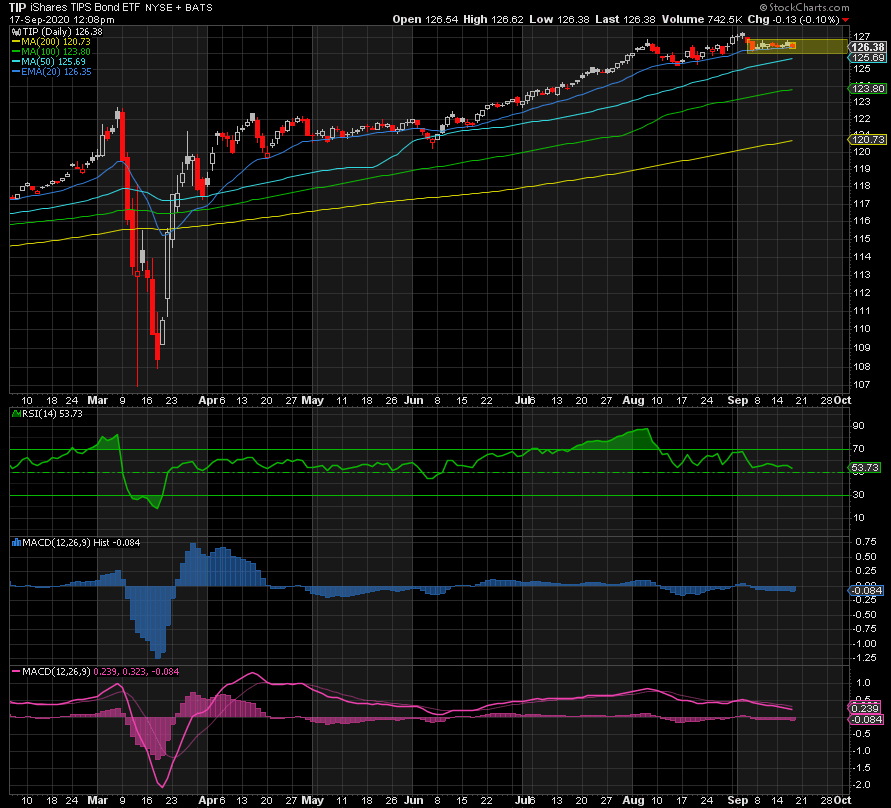 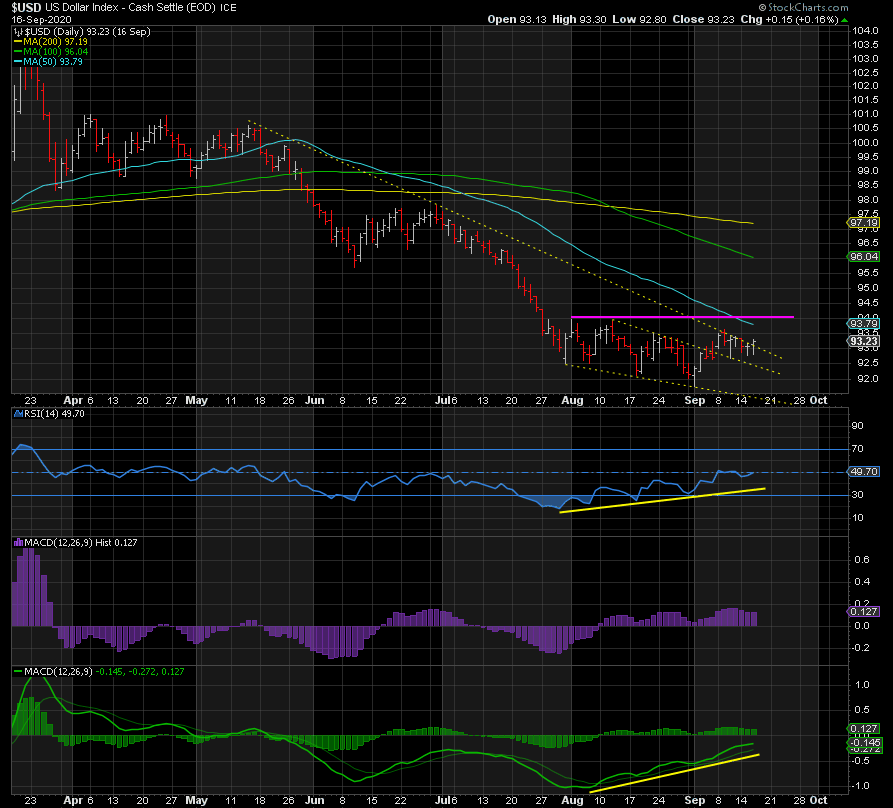 With the biggest markets stuck in neutral, it is no surprise that Gold is also trading around an RSI of 50. However, it has been flirting with the purple trendline support since March for weeks now and looks like it is on the brink of breaking down. This would be consistent with similar moves lower in stocks and TIP as well as higher levels for nominal and real yields and the dollar. 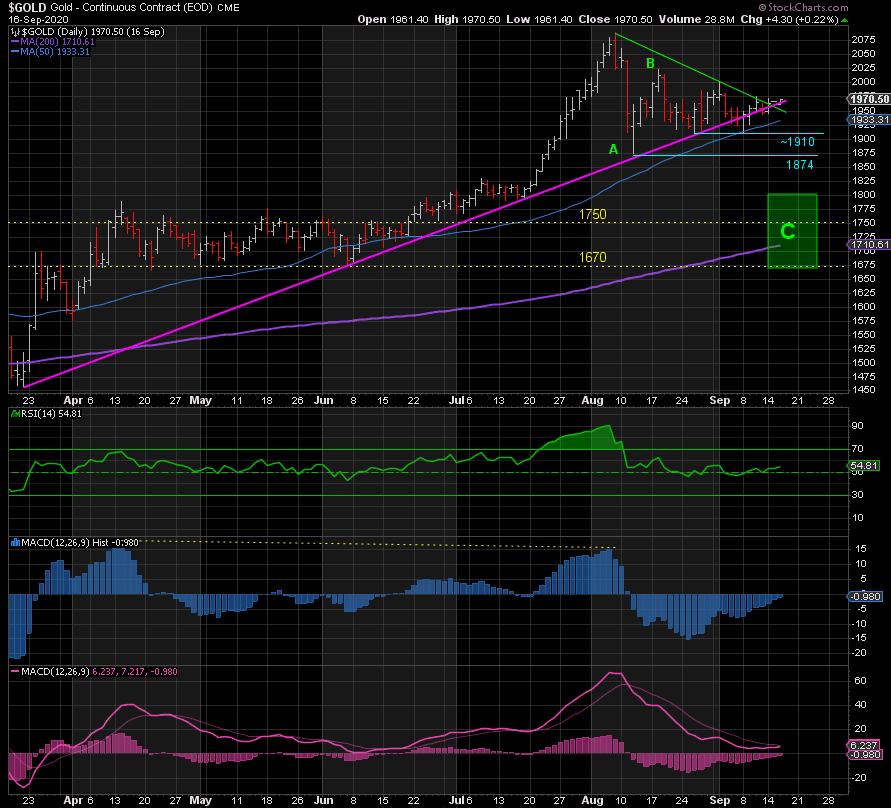 In order to avoid beating a proverbial dead horse, we see the exact same thing in Silver and the miners, especially the latter… 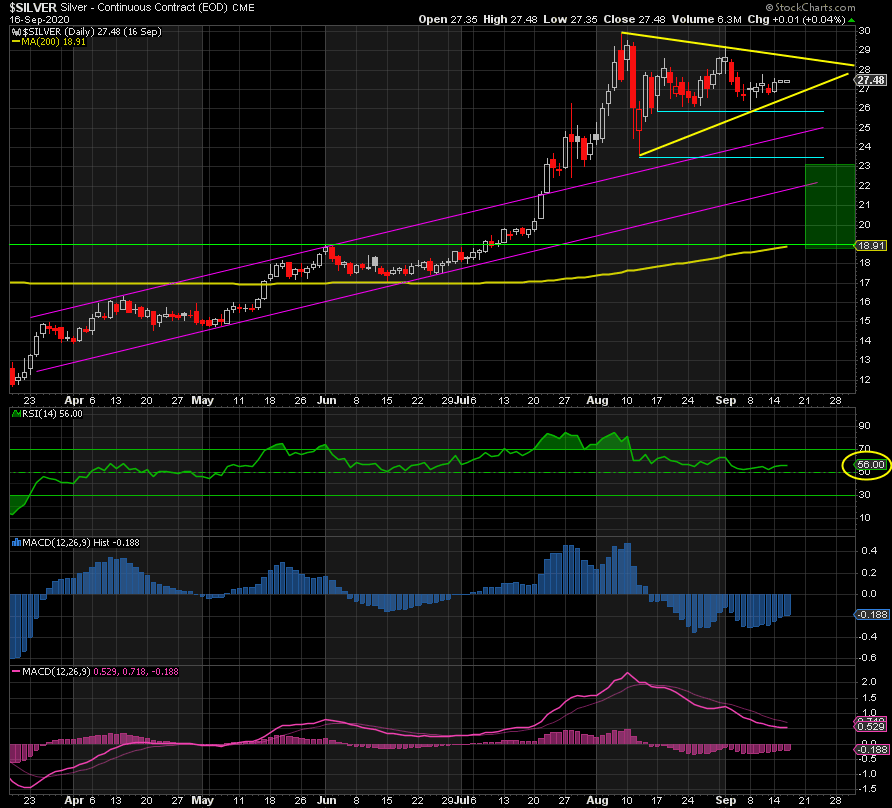 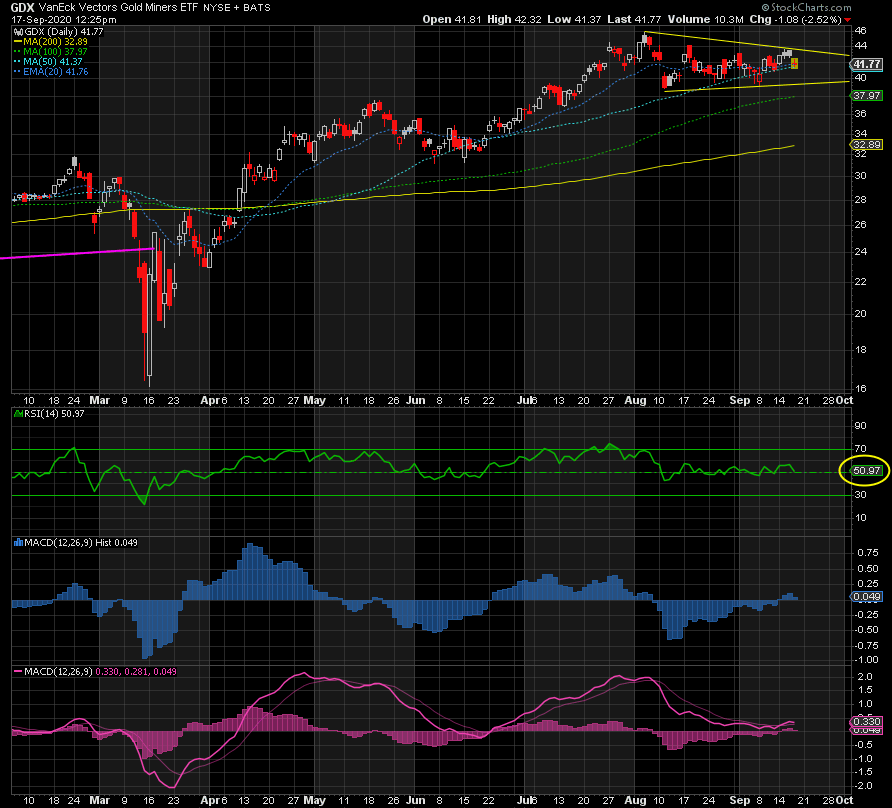 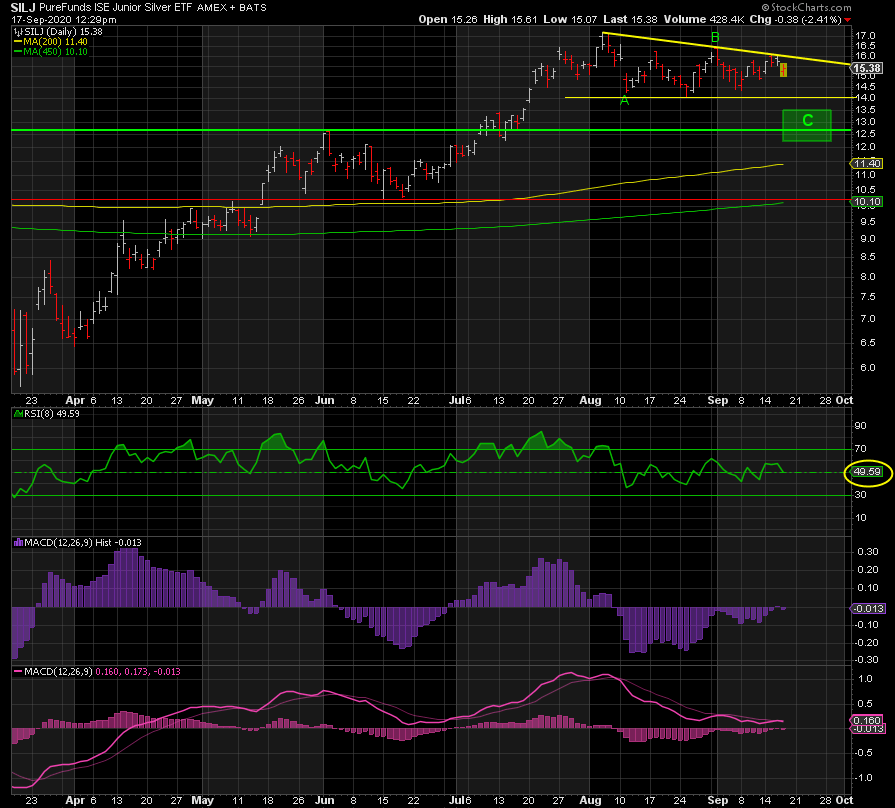 Again, with all of the major markets in wait-and-see mode—noticeably with the Fed and Congress on hold with regard to new monetary and fiscal stimulus—typically we get a spike in volatility to follow. The problem is that the Fed and Congress probably won’t act until they have a reason to, and the most logical reason would be a sharp move lower in stocks, which, if correlations hold, would mean a higher dollar, higher real yields, and lower metals and miners.

The last time all of these sectors were trading around 50 at the same time was in May. Stocks, TIP, precious metals and miners had all soared off their lows in March and were taking a breather. The dollar, too, but in the opposite direction after falling from its peak in May. What happened next was a spike in volatility, and they all moved sharply in the same direction as before: Stocks, TIPS, and metals and miners shot even higher, while the dollar continued to dump. This time around, the former are coming off peaks and the dollar off its lows. If history repeats but in the opposite direction, that would suggest stocks, TIP, and metals and miners will continue south to lower lows and the dollar to higher highs next.

Again, we’ll know soon enough, because such periods of near-perfect correlation combined with compressed volatility are rare and don’t tend to last very long. It’s already been a few weeks now—get ready for that coiled spring to explode.