Continuing the Trend: 2020 to End in Chaos 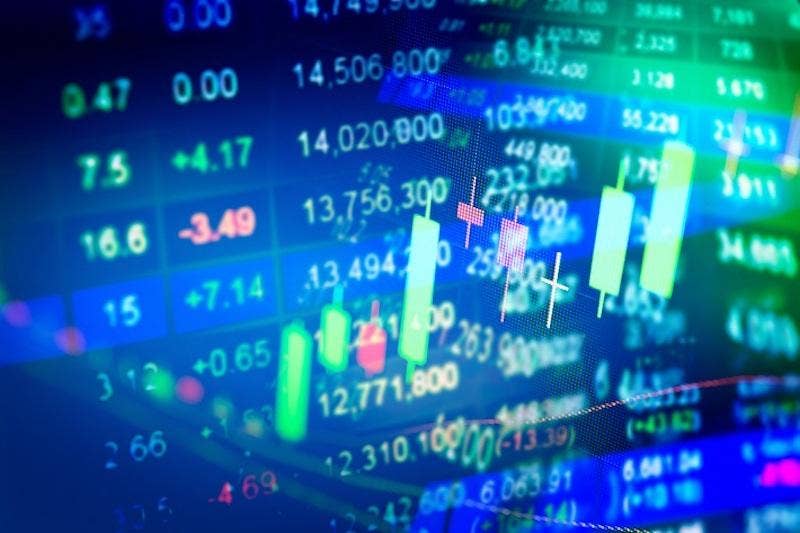 It should come as no surprise to anyone that 2020 has been a year of sheer chaos, madness, and worldwide change the likes of which we have not seen in most people's living memory—that is unless you have been living under a rock.

For those of you who were hoping this trend would change as the year progressed and headed towards closure, you are sadly going to be mistaken. The ending to this year of epic nonsense is only going to get worse. Much worse.

Possibly the Most Contested U.S. Elections of All Time

As the November 3rd presidential election rapidly approaches, people have finally begun to realize what I have stated since the end of last year, that this year's election will be dominated by violence and uncertainty, ending with literal blood in the streets.

Both the far right and the radical left will ensure that this will be how 2020 ends, regardless of who takes home the "perceived" victory after the dust finally settles.

The Democrats and the Republicans have begun uttering their talking points, with President Trump recently dominating the headlines with his statements about the probability of mail-in ballot voter fraud.

Mail-in voting has many concerned on the political right, as it has the possibility of being heavily abused.

Knowing this fact and how his base feels, President Trump alarmed many this week when he refused to acknowledge that there would be a "peaceful transfer of power" if he loses the 2020 presidential election to Joe Biden.

When asked directly whether he would commit to a "peaceful transition of power," Trump responded, "We're going to have to see what happens." He went on to suggest that authorities "get rid of the ballots," an apparent reference to the huge uptick in votes cast by mail amid the coronavirus pandemic, adding that, if they did, "there won't be a transfer [of power], frankly. There will be a continuation."

Meanwhile, the Democrats have also stated that they are going to dispute the election results if Joe Biden loses, already putting into motion various game plans that will tie up the final results for weeks, if not months, possibly leading to a hung election.

All of this uncertainty has begun to set in on the markets, sending them sharply lower as people see the grim future awaiting them this fall season. 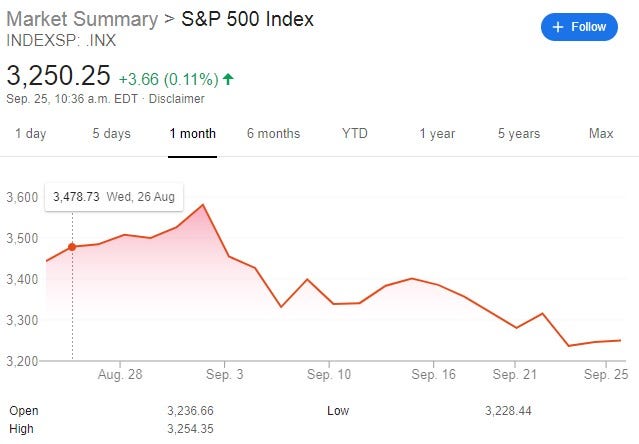 Regardless of who is declared victorious or who is the one contesting the results, the fact remains that the United States will be in an extreme state of anarchy and limbo for many months to come.

This is going to result in an ungodly number of riots, protests, violence, and destruction inside the world's largest economic and military power.

Despite the fact that the writing is now on the wall as to what will occur in the coming months, both gold and silver bullion have been trending lower over the last number of days, defying all common sense and showing many people’s complete lack of foresight.

The metals, as seen above, have suffered alongside the general markets, moving sharply lower and taking a vicious beating.

Gold is now well below the highs seen in the month of August, sitting at $1863.03 USD per oz. at the time of writing, while silver risks breaking through the $23.00 USD per oz. mark.

This recent pull back is great news for anyone looking to add to their positions and hedge against the coming risks—ones that I believe are a near certainty at this point.

As the election results begin to trickle in on November 3rd, I believe a true feeling of dread will set in with the masses.

It is then that you will see one side or the other in the streets, protesting and causing destruction on a near daily basis, with the Mainstream Media doing what they do best: exasperating the problems and pitting both sides against each other.

The writing is on the wall and, sadly, I believe there is no turning back at this point.

The divide between the far right and left within the United States has grown so vast that I believe we will have to hit a true boiling point before things ever return to normal again—if they even can.

The damage will be great and the risk to the system will be vast. However, gold and silver bullion have proven themselves to be the one true protection in times of great unrest and upheaval.

This has been true for over 10,000 years, and although 2020 is truly one for the history books, I have no doubt that precious metals will offer financial protection once again for those who are wise enough to take action before it is too late.

Until next time, stay safe and keep stacking.