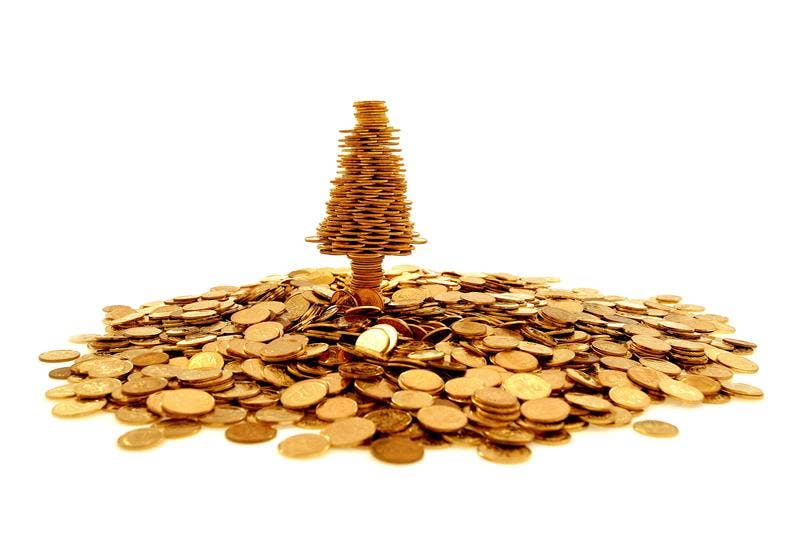 “We are witnessing the birth of Bretton Woods III – a new world (monetary) order centred around commodity-based currencies in the East that will likely weaken the Eurodollar system and also contribute to inflationary forces in the West.” – Zoltan Pozsar, Bretton Woods III

Fiat currency is a “promise” to repay a debt obligation and nothing more. A hard asset-backed currency is a guarantee that repayment will occur.

On March 7th Zoltan Pozsar, who formerly worked at the NY Fed, was an advisor at the U.S. Treasury and currently is a strategist as Credit Suisse, published a research report titled “Bretton Woods III.” Anyone familiar with the Bretton Woods agreement understands the reference. Nixon’s snipping of the final thread connecting currency to gold is considered to be Bretton Woods II. Pozsar makes the case that Bretton Woods III is a reversion back to a monetary system in which currency is backed by commodities as opposed to being backed by a sovereign issuer’s “full faith and credit.”

A crisis is unfolding.  A crisis of commodities. Commodities are collateral, and collateral is money, and this crisis is about the rising allure of outside money over inside money. Bretton Woods II was built on inside money, and its foundations crumbled a week ago when the G7 seized Russia’s FX reserves. – ibid

The post-1971 fiat currency reserve banking system enabled by the removal of gold from the monetary system is nothing more than a Ponzi scheme. “Inside money” refers to the interbank repo/lending mechanism from which the fractional bank reserve monetary system blossoms. Pozsar distinguishes “inside money” from “outside money.” “Inside money” is created by the Central Bank/inter-bank lending mechanism that can magically turn one dollar of reserve capital into nine dollars of “credit” capital. And the one dollar of reserve capital is backed by nothing tangible – just the “full faith and credit” of the issuing entity.

Think of this monetary system as an inverted pyramid – eg something like Exter’s Pyramid.  In bankruptcy law, “full faith and credit” would be considered, at best, an unsecured loan.  Get in line and pray that there’s value left over to be distributed to the unsecureds.

In contrast, Pozsar references Bretton Woods III as the “rising allure of outside money over inside money,” where “outside money” is “commodities collateral,” meaning tangible assets for which definitive value can be determined, as opposed to the sovereign promise of “full faith and credit.”  In periods of banking crises, banks are reluctant to participate in the “inside game” (see 2008 and September 2019, for instance) because, at that point in time, they don’t trust the fiat currency collateral on which the fractional reserve banking system is predicated and thus are reluctant to lend money to their banking peers. Every time this occurs, the Central Banks have to print more money to “lubricate” the system enough so that it functions. This in turn further devalues the “inside money” on which the system is predicated.

But if currency issued by Governments and printed by Central Banks is backed by hard assets, this problem is avoided. In this system, the counterparty to trade or financing transactions would have the option of demanding payment in the hard asset or assets backing the currency – most likely gold or possibly a pre-agreed upon commodity asset. Remember, fiat currency is nothing more than an unsecured debt instrument of the issuing entity.

In response, Russia is now demanding payment for energy in either rubles or gold from what it deems to be “unfriendly” countries. Whereas in the “inside money” banking system, settlement of trade is merely a matter of accounting ledger adjustments at the respective Central Banks, in this trade settlement arrangement, a country purchasing oil or gas from Russia in exchange for gold would need to 1) demonstrate that the gold being used for trade payment actually exists and 2) transfer the ownership rights to Russia. Russia ultimately would likely demand repatriation of the gold. The U.S./G7 made it crystal clear that possession of assets is 100% of the law.

The response by the west – led by the U.S. and its control of the global reserve currency – in all likelihood has triggered a reset of the global monetary system. I actually do not like the term “Bretton Woods III” because it references an agreement that, in its essence, destroyed the gold-backed global monetary system. Regardless, it appears for now that Russia – likely with China’s tacit support – has set in motion a global monetary system reset. In the new system countries which supply the world with goods that have price inelasticity of demand – oil, natural gas and food commodities, for instance – will have the power to enforce trade settlement in hard currencies – e.g. gold or other hard assets – rather than fiat currency Central Bank accounting ledger adjustments. This is the nature of the monetary system reset that has been triggered. Welcome to Galt’s Gulch…

“Money is the barometer of a society’s virtue. When you see that trading is done, not by consent, but by compulsion–when you see that in order to produce, you need to obtain permission from men who produce nothing–when you see that money is flowing to those who deal, not in goods, but in favours–when you see that men get richer by graft and by pull than by work, and your laws don’t protect you against them, but protect them against you–when you see corruption being rewarded and honesty becoming a self-sacrifice–you may know that your society is doomed. Money is so noble a medium that it does not compete with guns and it does not make terms with brutality. It will not permit a country to survive as half property, half-loot…

...Gold was an objective value, an equivalent of wealth produced. Paper is a mortgage on wealth that does not exist, backed by a gun aimed at those who are expected to produce it. Paper is a check drawn by legal looters upon an account which is not theirs: upon the virtue of the victims. Watch for the day when it bounces, marked, ‘Account overdrawn.'” – Francisco’s Money Speech, Atlas Shrugged