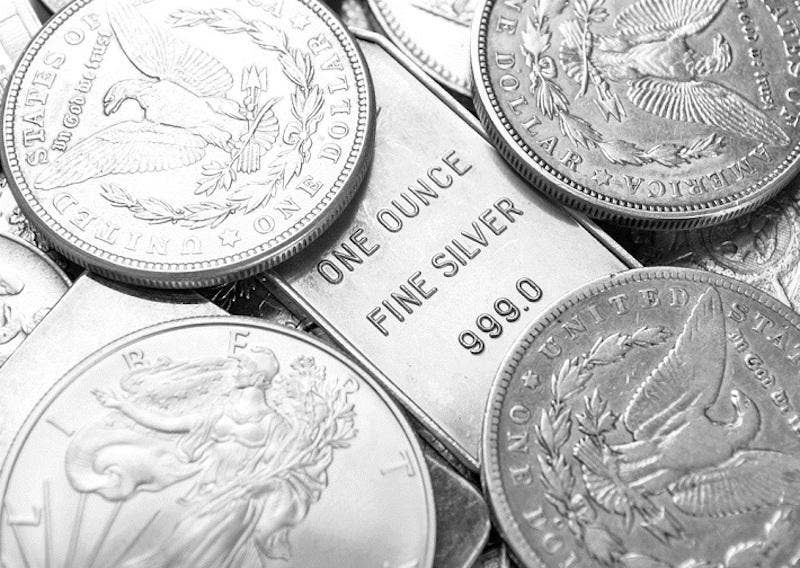 Let me start with an apology, because there is nothing really new to say this week. While we got the sharp move down in stocks with the expected bounce now under way and the opposite in the dollar, metals and miners have been basically going sideways. The best example of this is Gold: 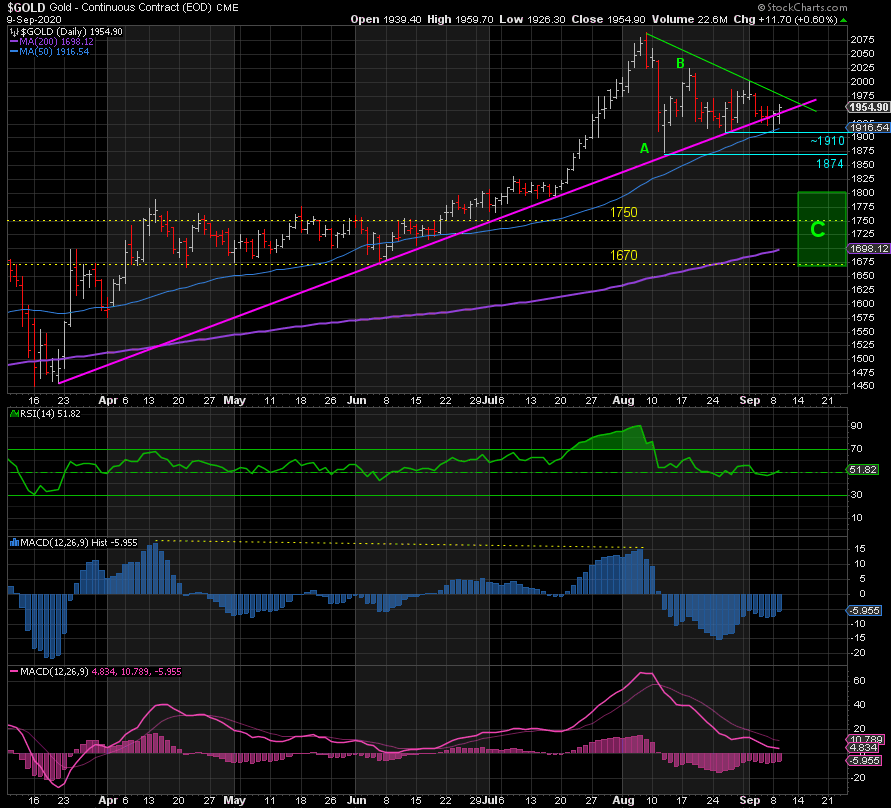 Lower highs and higher lows must come to some resolution one way or the other soon. The daily RSI says it all: it’s crawling along the neutral 50 mark. The MACD Line is almost back to zero too. Snoozeville!

The one warning sign is that Gold is desperately clinging to the purple trend line in place that represents support for the entire rally since the low in March. But it hasn’t “closed” below it yet. It also tested the 50-day moving average in blue on Tuesday and bounced from there. This also just happened to match the previous low ~1910 in late August. The risk is that the weak hands that were late to the party throw in the towel and we get one more final plunge down to 1800, 1750, or possibly 1670. In order for that to happen, though, we need to see a conclusive break below 1910 with follow-through below the August 12 low of 1874. Until then, it could go either way.

This sideways action could also be just consolidation before moving higher again. The extreme oversold and bullish conditions at the record high have been corrected. That said, for the bulls to take control, we need to see at least a break of 2000 again followed by the prior high of 2025. But ultimately it will take a new record high above 2089 to confirm that the bottom is in.

As for Silver, much like 1910 in Gold, ~26 is a big level that needs to hold. Below 26, there are several support levels that can be seen on the chart below, but my preference would be for at least a 23 handle should that occur. Above the recent high of 29.23, it’s much more likely that the bottom is in, especially if we get confirmation above 30. 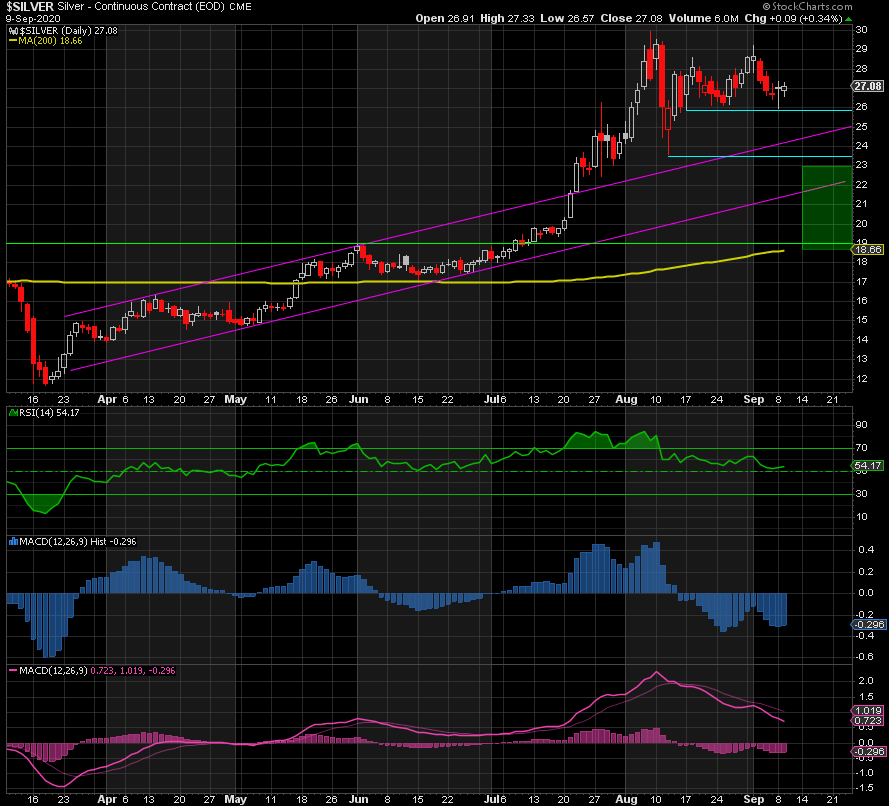 With respect to the miners, the previous support levels that I provided last week for GDX and SILJ remain intact. The initial support levels to watch in both are ~37 and ~13.40 respectively. A higher high above 43 in GDX and 16.50 in SILJ would suggest that the bulls are in control again.

Although I remain biased towards further downside ahead, I cannot provide any definitive view on the direction from here until we see either these support or resistance levels break. However, if stocks and precious metals continue to rise ahead of the FOMC meeting next week while the dollar drifts lower, the risk that the market is disappointed increases and those moves are reversed. What I can say with a far greater degree of confidence is that when the Fed, the U.S. Treasury, and/or Congress turns on the magic money machine again, Gold, Silver, and the miners are heading much higher. The destination is clear, in my opinion, but the route to get there remains in doubt.

We should get resolution one way or the other around the FOMC meeting next week. Until then, I’m playing the game of wait and see.