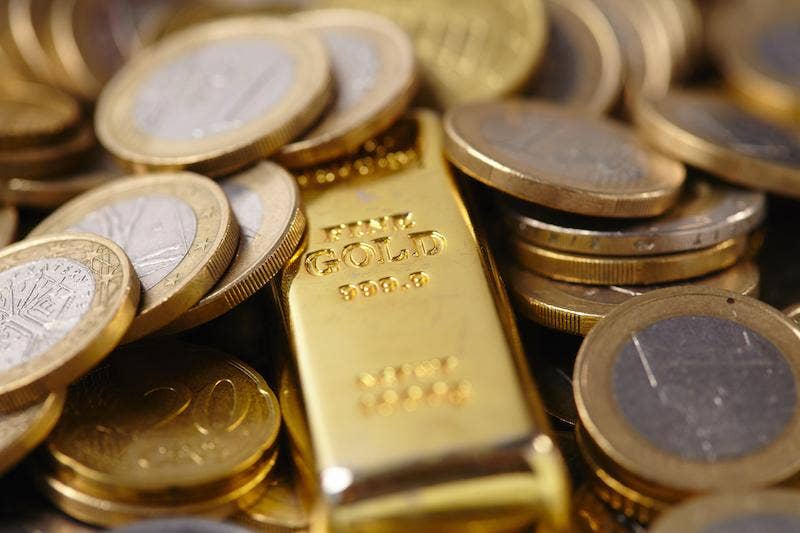 Back in June of 2018, I wrote an article for Sprott Money entitled “Manipulation of Gold & Silver by Bullion Banks” where I provided not only why I know it happens regularly, especially in precious metals, but more importantly, what to look for and when to expect it. Fast forward to today and these are the signals playing out that indicate manipulation of paper future prices is currently taking place. 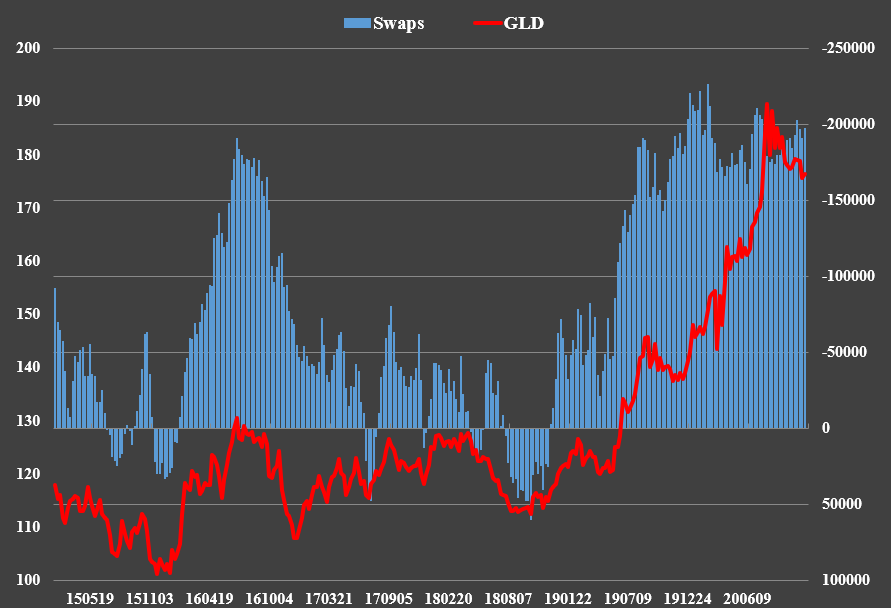 Banks initially drive the price lower by selling futures to force those who are long to cover their losses. Once price gets momentum on the downside, they begin to cover their shorts by buying from those selling. This enables them to reduce their short position, typically at a sizeable profit. 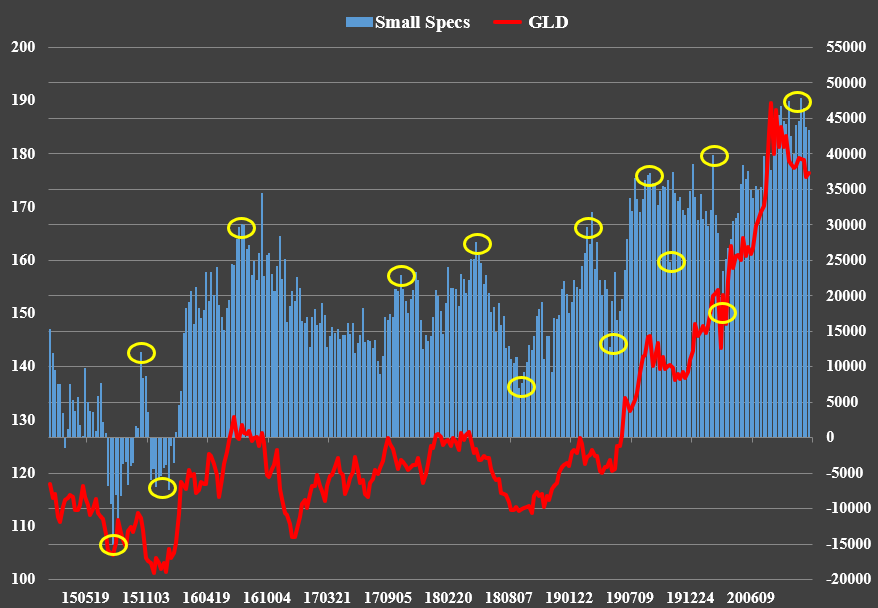 As I showed last week, Small Specs—i.e., Retail traders and investors—were still near record long. This represents plenty of fuel to squeeze longs out and drive prices lower. Small specs are called the dumbest money for a reason, because they tend to be wrong at both peaks and troughs in prices.

I also showed last week how Gold’s time-tested correlations to the dollar and real rates had broken down—i.e., atypical moves in Gold given what was happening in those other markets. 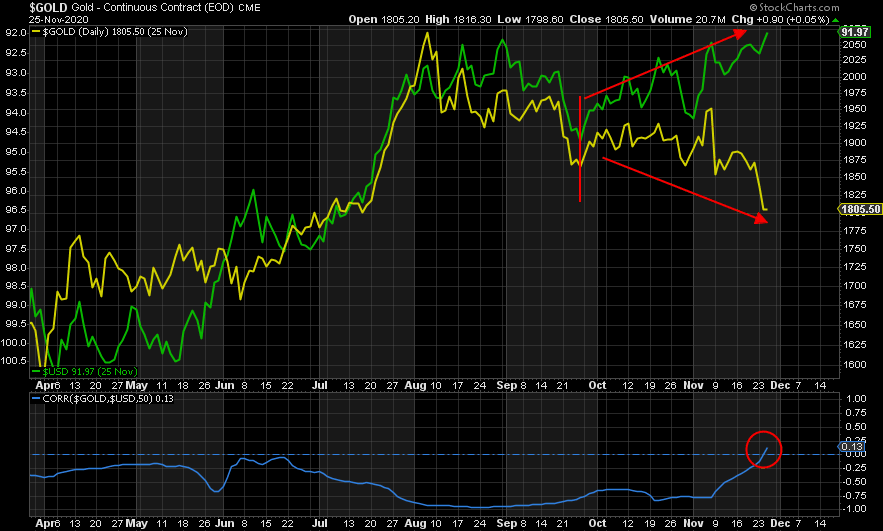 It is no secret that Gold tends to move in the opposite direction to the dollar index. Said differently, there is a consistent negative correlation between the two in the short-, medium-, and especially long-term with temporary breakdowns along the way. As you can see in the chart above, as the Fed printed massive amounts of dollars post March, Gold went up and the Dollar fell. This is what one would expect.

But since September, the correlation between the two began to break down and they both fell together (note that the DXY chart above is inverted, so it looks like it is going up, but it is falling). The correlation coefficient has actually turned positive as a result. On a standalone basis, this could be nothing but another temporary breakdown in a correlation that will ultimately correct itself. But it’s not the only correlation to Gold that has broken down. 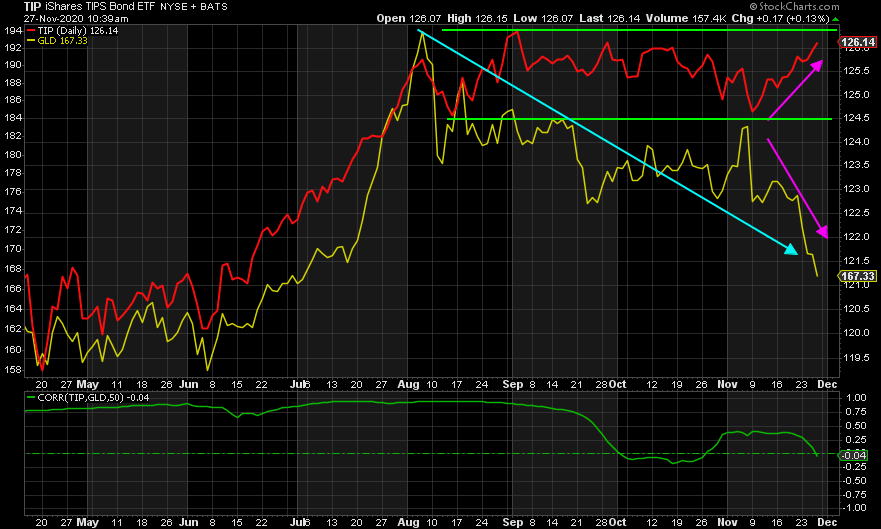 I could also show the breakdown in correlations to the S&P and Bitcoin, but you get the point. Consistent correlations between Gold and other classes have broken down dramatically recently. Why? Could it be the Bullion Banks manipulating Gold prices lower, hence the distortions in these markets? Sure it could, based on how short they are and their pattern of manipulation that typically occurs at its worst when markets are illiquid.

Many of the biggest drops in Gold that have occurred over the past thirty years tend to occur during illiquid periods. Why? Because the less liquid markets are, the less money and effort it takes to drive them lower. Therefore, manipulation of prices lower by selling futures for maximum effect typically occurs around major holidays when most traders are not at their desks: July 3rd or 5th, Thanksgiving week, and around the Christmas holidays. Curiously, these drops tend to occur on Fridays or Mondays.

Today is Friday, the day after Thanksgiving, and this is what is happening now: 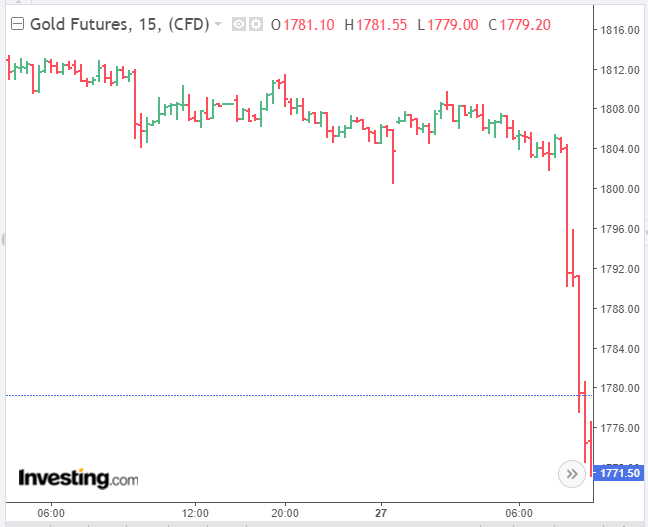 One final note on the timing of such manipulation: it often occurs post futures / options expirations also. The December futures contract expired this week.

As a former trader and money manager, I have had firsthand experience of central banks directly intervening in currency markets in massive size, repeatedly. You’ll hear a lot of people say market manipulation is a conspiracy theory, despite the fact that it has been proven in court several times in various assets classes and especially in precious metals. Books have been written about Gold and Silver manipulation for decades with ample evidence to prove it. Central Bankers have admitted it publicly. Now it has become so obvious that it’s predictable. I know I’ve made money predicting it and sharing my predictions in advance on Twitter. How could I know it’s coming if it weren’t so obvious? I couldn’t, I’m not that smart, and no, I don’t have a crystal ball. It’s because it’s obvious if you know manipulation.

So why bother buying Gold or Silver at all if this is the case? Manipulation has an expiration date, as demonstrated in the 2000s and 1970s in particular. They cannot stop metal prices going up forever, and you want to be around when Gold and Silver soar next—they are still the most undervalued assets out there today. The smart money (China, Russia, and JP Morgan) have been loading up on physical metals for years now. Central banks around the world have been buying and repatriating their Gold from the U.S. in preparation for some major event to come. I want to be long too when that event occurs.

Manipulation can only work for so long. Ultimately, supply and demand win out. We’re already seeing physical metals become scarce again and premiums explode higher, just as in March. I consider such artificial depression of prices a gift given the rally I expect to follow. It’s just another case of squeezing out as many weak longs before that rally begins. We saw such sell-offs before every single December since 2013.

Could I be wrong? Of course. Hence I am waiting for a break of 1860 in Gold—former support, now resistance—before buying Gold, Silver, and/or the miners. It makes little sense to try to catch a falling knife. Given the upside ahead, I don’t mind missing $100 of gains. I consider this the price of confidence in the forecast for far higher prices. On the contrary, a sustained break of 1670 support would make me far more cautious. 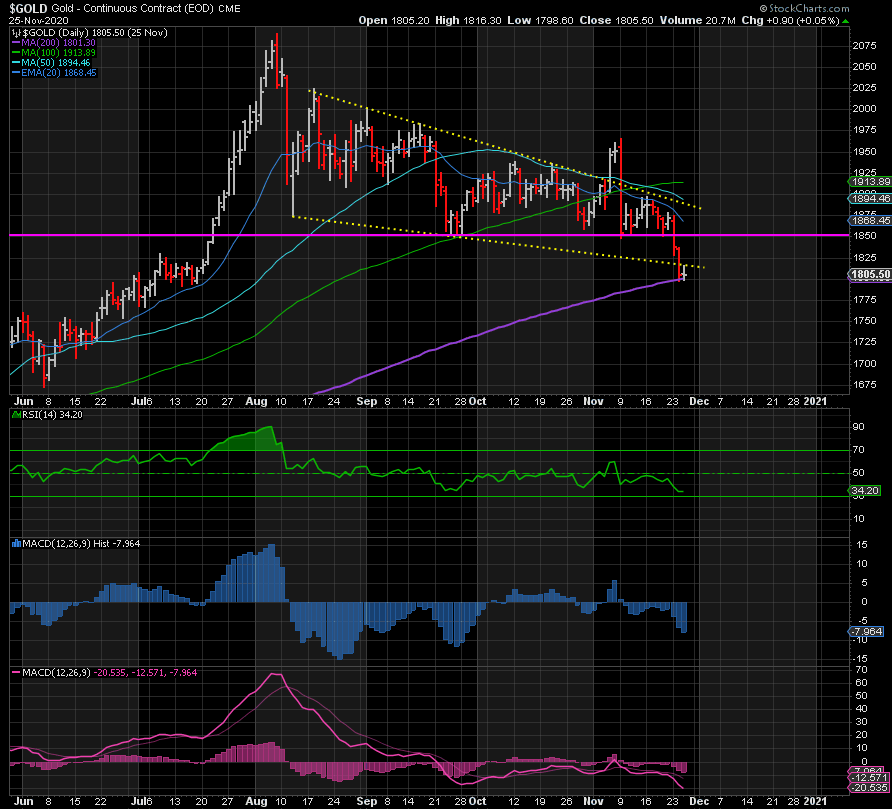 Why am I so confident in the long-term upside ahead? I’ll let this guy explain: