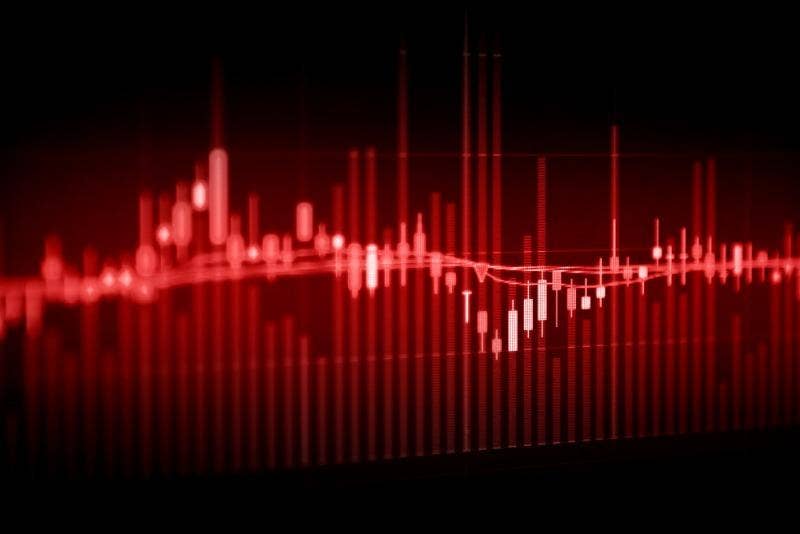 Wednesday brings the long-awaited conclusion of the May FOMC meeting. How will the statement read? More importantly, how will Chief Goon Powell respond in his "press conference"? But perhaps most important of all, does it even matter?

The fun and games begin with the 2:00 pm EDT release of the FOMC "fedlines". After that's parsed and digested, Chief Goon Powell will appear via Zoom at 2:30 pm EDT and pretend to host an unscripted "press conference". What he says and how he says it will drive bonds, forex, the S&P, and the precious metals through the remainder of the week and the balance of the month.

Let's begin with perception. Late last week it was revealed that, even by the U.S. government's accounting methods, the U.S. economy contracted in Q1 by 1.4%. This very likely eliminates any possibility of a 75 basis point fed funds rate hike, so there's a very strong likelihood that whatever Powell and his FOMC state on Wednesday, it will be greeted with a "buy the news" relief rally across most "risk assets".

Powell is also expected to announce some sort of "balance sheet run-off plan". What will this entail? Who knows? Again, though, any worst-case negative component of this plan has most likely already been priced in for sectors like equities and the precious metals. Only a QT plan that is wildly out of line with expectations could cause a problem in the short term.

So those are your "Fed perceptions". It is alleged that the Fed is about to embark on an aggressive plan of rising interest rates and balance sheet drawdown. Many eight-figure Wall Street economists expect at least 250 basis points of rate hikes and $2T in balance sheet reduction before the Fed eases off in 2023. Are these perceptions correct? Nope. As per usual in the post-GFC world, perceptions do not align with reality.

And what is reality? Powell Pivot Two. This is the reality, and we've been writing about it often in 2022. Here are just two links:

What is reality? The Fed's beloved stock market teeters on the edge of a 15% collapse down to S&P 3500 or so. A similar collapse in late 2018 led to Powell Pivot One.

What is reality? The Fed's rate hike jawboning has placed incredible pressure on their fellow central bankers in Japan and Europe. This has led to steep drops in the yen and euro and a concurrent rise in the U.S. dollar index...which has recently traded at the highest level since November of 2002!

What is reality? Fed jawboning and the March 6 decision by the U.S. to exclude Russia from SWIFT and freeze some $400B in Russian foreign currency reserves has led to an incredible selloff in the U.S. bond market. The yield on the benchmark 10-year treasury note has risen by 125 basis points or an incredible 71% in just the past eight weeks.

What is reality? The surge in nominal interest rates has crushed the U.S. housing market with home sales plunging on sharply higher mortgage rates. Credit card rates will soon follow.

I could continue, but for the sake of time and brevity, let's conclude with the ultimate reality. Through all the jawboning and "hawkish" pronouncements, the Fed has actually done NOTHING. You were told that QE∞ ended in March. You were told that balance sheet reduction would soon follow. Once again, and as per usual, it was all a lie. 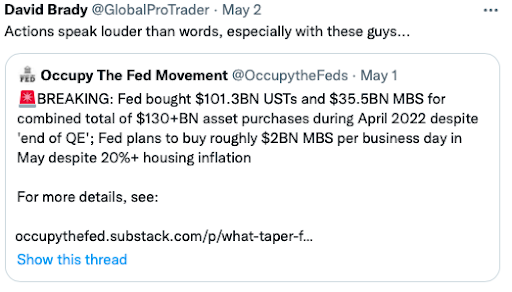 So, in the end, the issue is simply Fed perception versus Fed reality. Up to this moment, Fed perception has led to higher nominal interest rates, higher real interest rates, a surging dollar index and a sharp pullback in the COMEX precious metals. But, just as in 2018 and again in 2020, Fed reality will soon reassert itself. Your first signals of this may come as soon as Wednesday.