Gold Searching for the Bottom 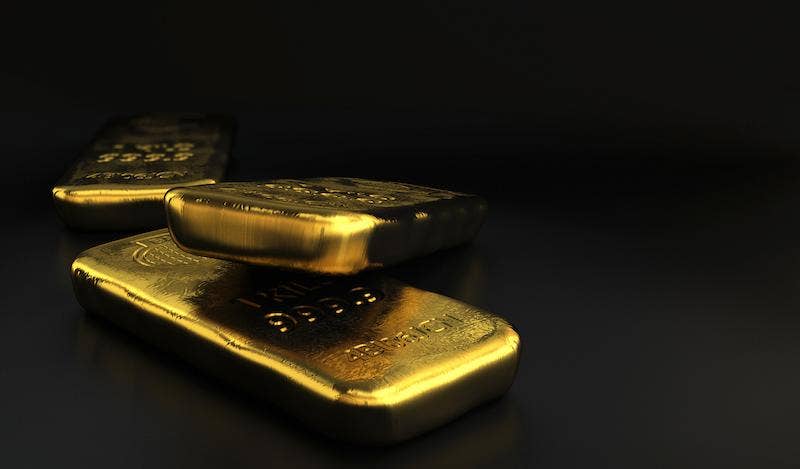 When Gold is stuck in a straight jacket, I find that the best thing to do is take a step back and look at the big picture and consider the various scenarios based on the current data. In doing so, I consider both the bearish and bullish cases below.

Fundamentals are focused on fiscal and monetary stimulus. Politicians on the left and right are still trying to find agreement on a $1 trillion infrastructure package ahead of the July 4 two-week break of Congress. Should they fail to do so, that could put further pressure on Gold in the short-term.

Meanwhile, the Fed continues to print dollars to buy $120 billion of treasury debt and mortgage-backed securities. Powell has made it clear that there are no plans to taper QE in the near future until the economy and employment pick up. But we’re hearing more noise from various speakers that inflation could be higher and more persistent than expected and that this may warrant a rate hike sooner rather than later. At the same time, Powell has also reaffirmed his belief that inflation is transitory, a position that is being hotly debated right now.

Given that greater fiscal and monetary stimulus were the primary triggers of Gold’s rally post the March 2020 lows, not knowing whether we are going to get more or less stimulus will, in isolation, make it difficult for Gold to move much higher. Agreement on more fiscal stimulus would likely change that.

The other variable to consider is inflation, which has soared in recent months. If it proves to be more than transitory that would benefit Gold, but only to the extent that the Fed just continues to be hawkish with respect to tapering QE and raising interest rates sooner rather than later and yet does nothing.

Real yields continue to move sideways for now and provide little information on the next direction for Gold.

As outlined above, should inflation continue to rise and the Fed does next to nothing in response, save perhaps cap bond yields, there is an asymmetric risk to the downside in real yields and upside in Gold. On the contrary, if inflation does subside, it’s a question of which falls faster, inflation expectations or bond yields to determine where real yields are headed next. In my opinion, the Fed cannot raise interest rates or allow bond yields to rise for very long unless they plan to crash the “Everything Bubble”. 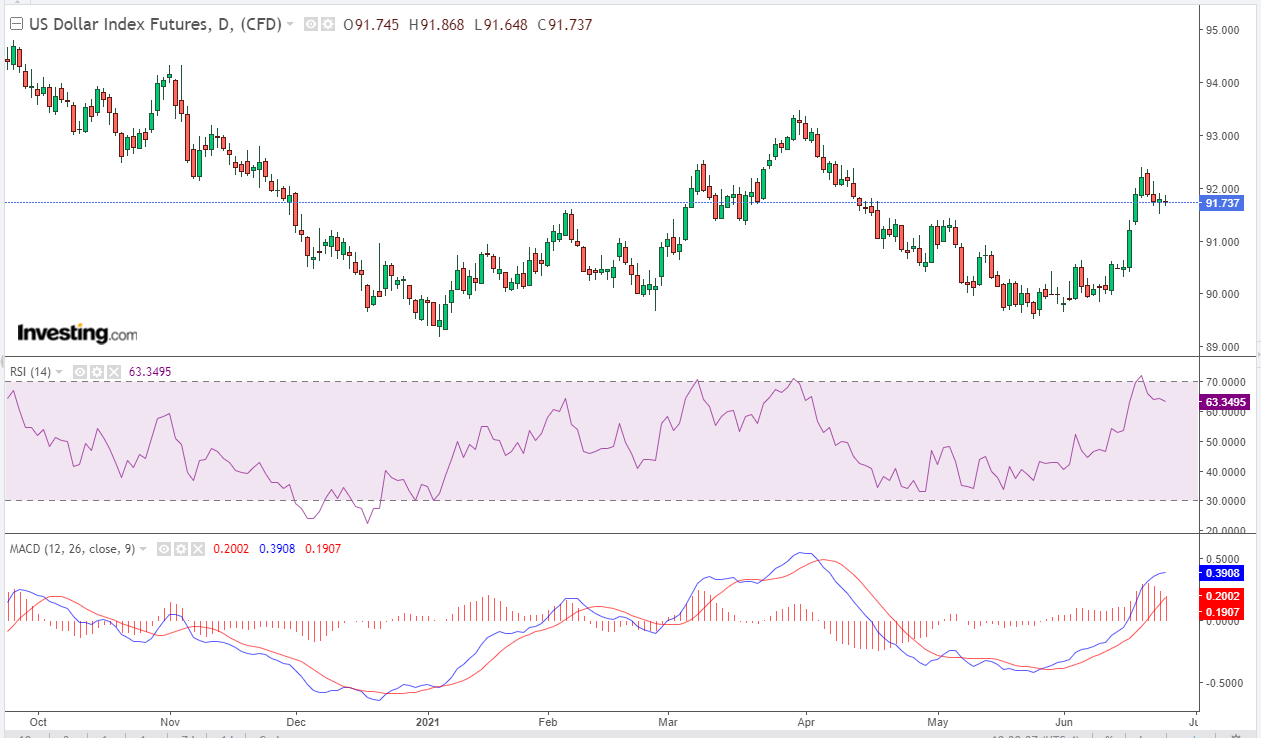 The USD has staged a rebound from its lows, but it has become overbought in the short-term. A negatively divergent higher high is possible before a deeper pullback occurs.

The rally in the dollar was primarily driven by hawkish talk from the Fed and a short squeeze in the massive short position on the dollar worldwide: 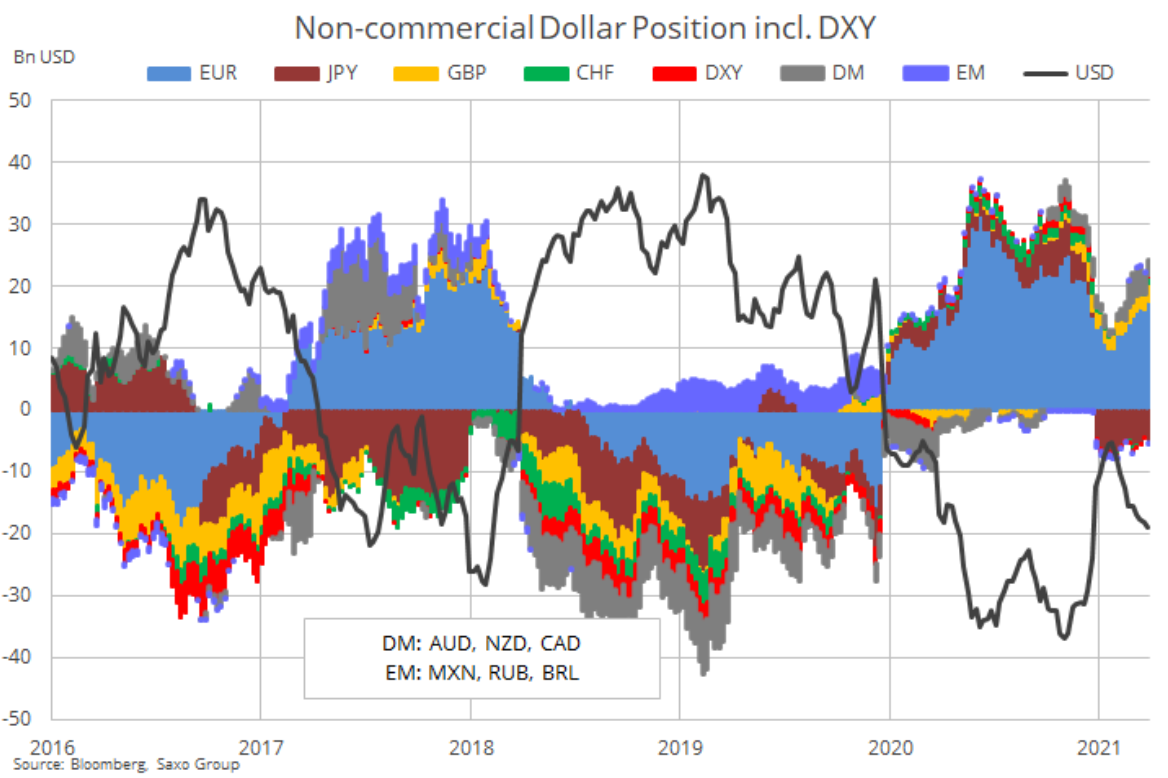 However, from a big picture perspective, there are still plenty of shorts out there which maintain the risk of a stronger rally to come once the pullback from overbought levels in done. I say this because dollar strength tends to weigh on Gold but not always. There have been instances where they rise together. Real yields are a far more reliable gauge of Gold’s direction than the dollar.

At this point, I have outlined some of the factors to be aware of that affect Gold, but given the level of uncertainty with respect to each, we need to turn to tools that focus on Gold itself. 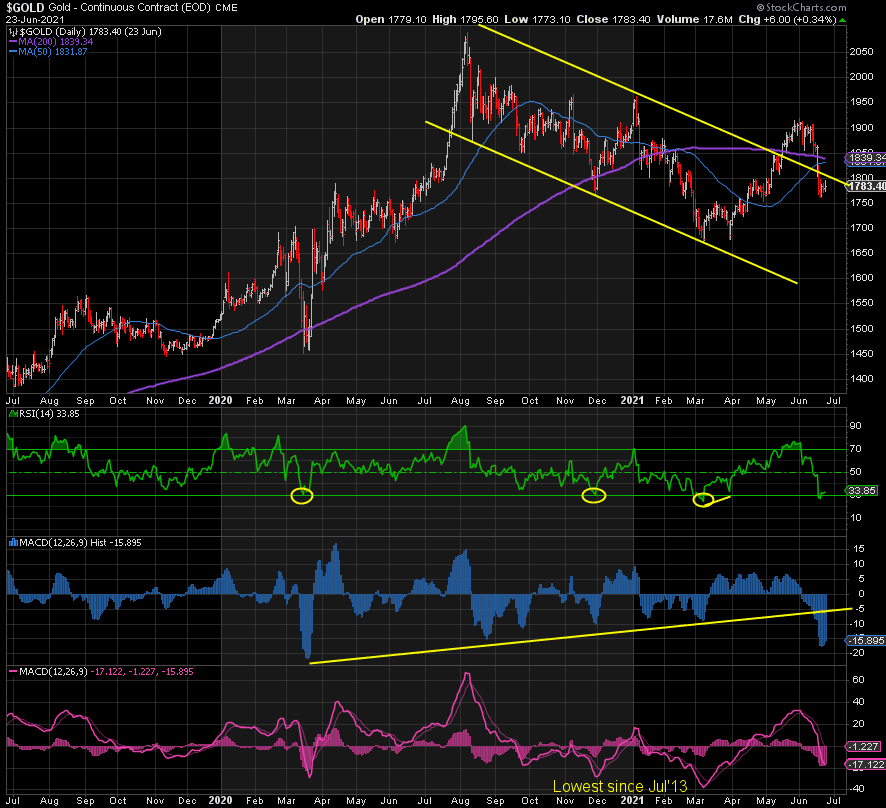 Gold is clearly deeply oversold, it reached its lowest level since March and every time it falls below 30, it tends to rally from there. The MACD Histogram also reached its lowest point since March 2020. However, my ideal scenario for a bottom would be a positively divergent lower low, whereby the price falls to a lower low but the RSI is higher.

Taken alone, this is all bullish. However, a break of 1673 opens up a deeper dive to 1500. Let’s cross that bridge if and when we come to it. I consider this a very low probability at this time. 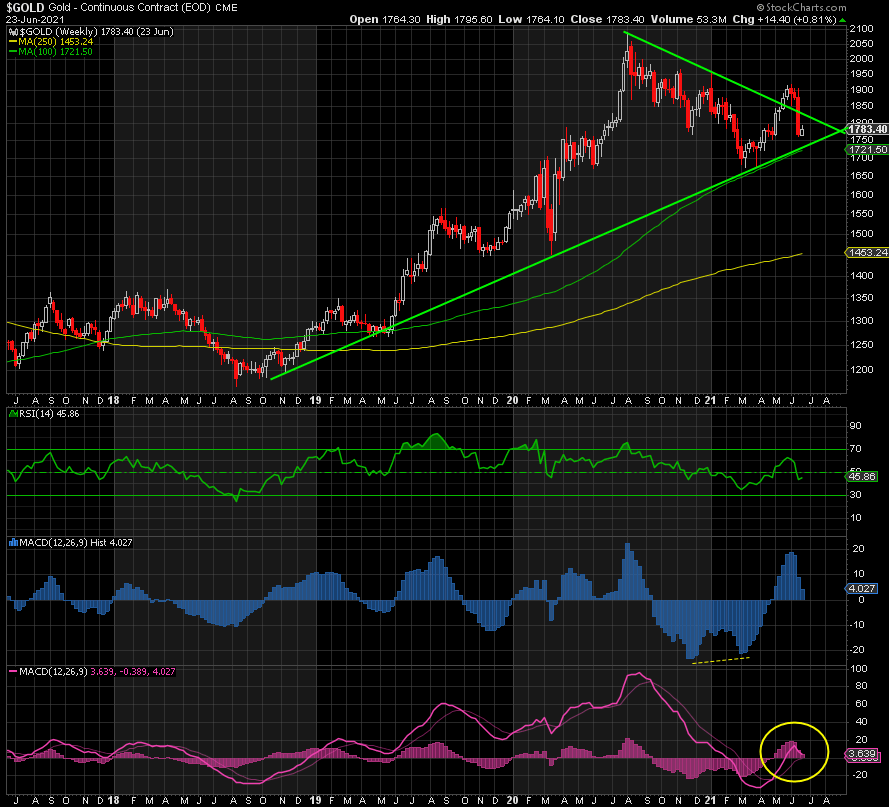 I’m closely watching the weekly MACDs. The MACD Histogram is back-testing support at 0 and the MACD Line is back-testing its signal. If they hold and turn up, this suggests “at least” a strong rebound next.

One of the best contrarian indicators, especially in precious metals, is showing increasingly pervasive bearish sentiment. I am seeing numerous calls for 1500 or lower now. This is no surprise given the hammering Gold has taken since 1920 and 1906 based on next to nothing from the Fed. However, the odds favor that this is just another case of price chasing, people talking from the heart instead of the head. Bearishness is bullish.

Anything is possible, Gold could go lower, much lower, but the balance of data and the associated probabilities strongly suggest that the risk-reward from here is weighted to the upside, especially if we get that positively divergent lower low. All that remains is the catalyst for such a move. Perhaps it is the advent of Basel III.