Powell Caps the Rally in Gold 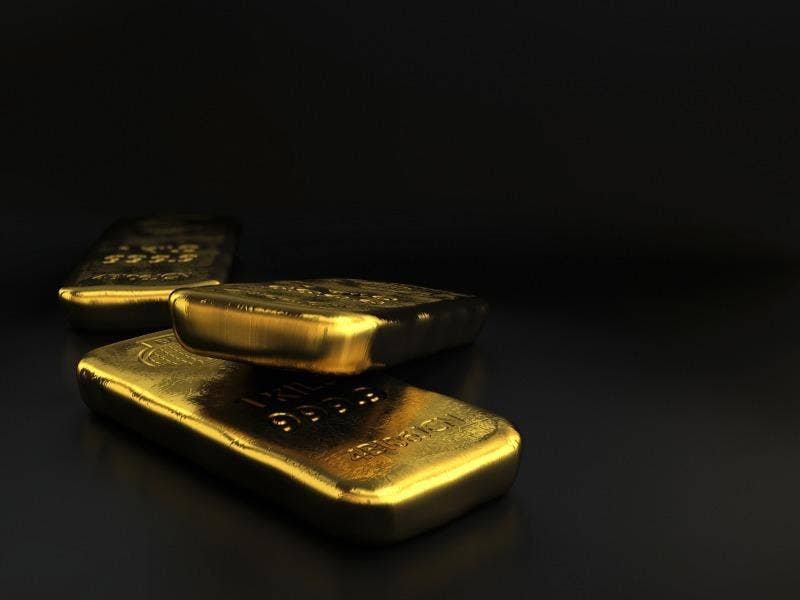 Gold began its rally on January 28, when news broke of rising tensions between Russia and Ukraine: 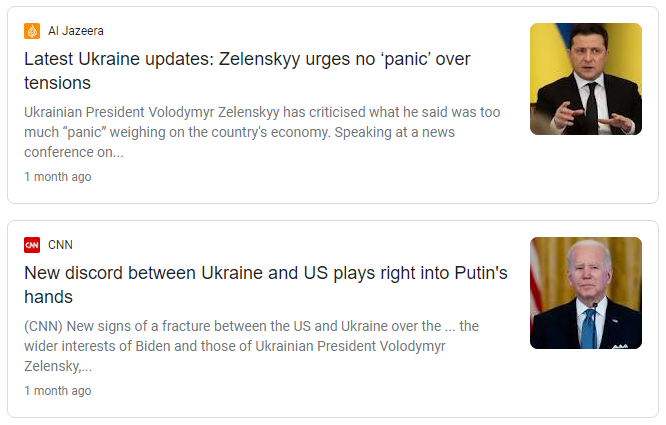 Why would this matter to Gold? Because the Fed historically doesn’t like to hike rates into geopolitical tensions. Said simply, the Ukrainian situation reduced the likelihood of rate hikes. Stocks confirmed this too. It was no coincidence that the S&P began its rally to 4600 on January 28 also. 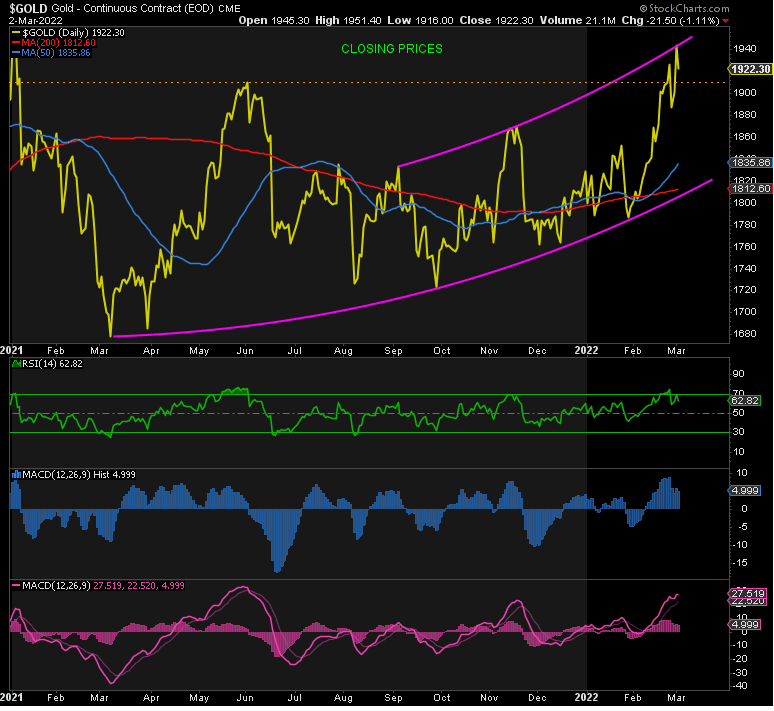 Fast forward to Tuesday and we got a negatively divergent higher high at 1944, and it followed through to the downside yesterday with some help from Fed Chair Powell:

He basically stated that rate hikes and the taper of the balance sheet were still planned despite the Ukrainian situation and forecast GDP of zero growth from the Atlanta Fed. Gold fell. It remains to be seen if this turns out to be just more talk and they proceed as planned. As I’ve said repeatedly since the August 2020 peak, when the Fed pulls another 180 to stimulus on steroids, that’s when Gold truly soars—or ahead of that, as in October 2008. We may have to wait a little longer, especially if stocks rally from here.

Despite Gold’s fall, it still managed to close above the pivotal 1920 level. It could go either way from here, but if the purple channel above holds, then the risk-reward is to the downside. A higher low anywhere above 1780 followed by a close above 1944 and 2300+ is next. A break below 1780 and another test of 1675 is more likely. Yes, that risk is still a possibility, but a remote one at this time.

I’ll go with the upward trend of higher lows and higher highs until proven otherwise by a lower low. Furthermore, even if we do go much lower prior to Gold’s launch, this would be a gift because the move up to new highs is inevitable, imho.

In the meantime, the move to end physical cash and transition to digital currency, the centralization of retail banking at the central bank, the end of the dollar’s reign as the global reserve currency, and, more imminently, the risk of global cyberattacks will all generate demand for physical Gold and Silver. People will run from paper money to precious metals. It’s all about confidence in fiat currencies, the banking system, and government policies. Trust is waning fast.