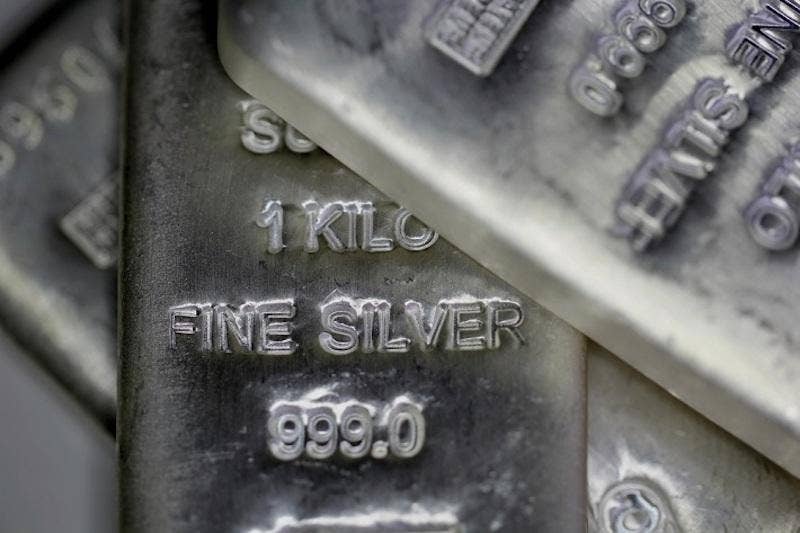 Recent news of settlements and convictions regarding Bullion Bank precious metal price manipulation has led some to believe that the era of price rigging is over. Ummmm.....no.

If you've missed some of the latest news, here's your chance to get caught up. Last week on these pages, we wrote a concise summary of the proven—and continuing—corruption. If you haven't read it yet, you should. Here's the link:

In the wake of these recent convictions and settlements, some analysts and observers have naively claimed that The Bullion Banks will now stand down and cease their very-profitable manipulation schemes due to a fear of further reprisals from the U.S. Department of Justice. Not only is this patently absurd, it denies the data that drives the need for price manipulation in the first place.

First of all, we know that JP Morgan has long since enjoyed "bona fide hedging exemptions" from the CFTC. It is through the abuse of these exemptions that JPM is consistently able to apply and remove up to 30,000 contracts of COMEX silver at any given time without fear of violating the CME's position limit rules. If you need more background on this, please see this column from 2018:

So, even if the tool of spoofing is taken away, you can expect The Banks to continue manipulating price the old-fashioned way: through the nearly unlimited creation of COMEX contracts, where The Bank initiates a new contract, taking the short side to an opposing Spec long.

Additionally, you can also expect the continuing menace of Bank HFT algorithms. These programs, which are often employed at the most illiquid and low-volume periods of the day, can be very effective at trimming daily gains late in an afternoon GLOBEX session or early in the U.S. evening.

Furthermore, you don't have to look very hard to see plain, simple evidence of continued manipulation. The latest Commitment of Traders report for both COMEX gold and silver reveals the same massive NET short positions that the Commercial/Bullion Banks have maintained for decades. Get The Banks out of the bullion business and we can talk about them no longer manipulating price. Until then... 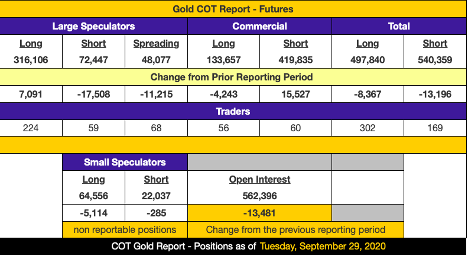 And the price action this week reveals the same old footprints. Any market observer or technical analyst should understand the significance of $1920 COMEX gold. This was the old all-time high reached on September 6, 2011, and it's a level many permabears thought would never be seen again.

This past summer, after price first crossed this barrier on July 23, COMEX gold spent the next three days building a base of support. Once this was accomplished, price moved to the new all-time high of $2082 in just seven days.

At present, after a 10% "correction" and a dip to $1850, price has begun to recover. Anyone aware of how the COMEX gold market operates should expect a wall of Bank resistance at that old all-time high of $1920. After putting themselves in a difficult squeeze two months ago, you must expect The Banks to be reticent regarding a new move about that key level.

And what have we seen this week? Exactly that! Price moved up again on Monday and on multiple occasions, it surged through $1920. What happened next should surprise no one. As you can see below, price was immediately walked back lower through the application of an automated Bank sell program. We recognize this when we see it as the uninterrupted, 45-degree down angle of price, and it is always a dead giveaway. Random price discovery NEVER moves in a straight line.

And now today, on Tuesday, October 6, we've seen the application of another tried-and-true Bank technique. After holding price near $1920 all day yesterday and into the early trade today, The Banks make their move when the buying pressure seems momentarily exhausted. The result of this is something we've seen hundreds of times over the past ten years: a sharp down move away from resistance that is helped along by sudden surges of down volume. Again, be sure to note that these surges continued onto the late afternoon GLOBEX, where volume and trading is usually the lightest of the day. 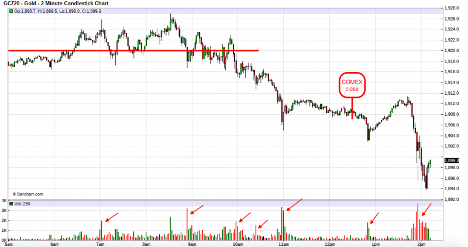 If you are a precious metals enthusiast, you simply must understand that price manipulation by The Bullion Banks is not a conspiracy theory. Instead, it is proven historical and current FACT. However, you must also understand that a few convictions and fines WILL NOT stop this Bank behavior. Ongoing price manipulation is too profitable for them, and their massive short positions on COMEX will always keep them interested in restraining any upside to price.

So, be glad that there have been some new convictions and fines, and be glad that the news of these events is slowly opening the eyes of the investing public to the ongoing criminality of The Banks, but DO NOT for a second think that this somehow removes The Banks from the business of bullion banking or otherwise places them "on our side". To believe so would be dangerously naive and would only set you up for further frustration and losses at the hands of The Banks and their fraudulent digital derivative and fractional reserve pricing scheme.