The Piper is Calling: A Sea of Debt, a World of Problems 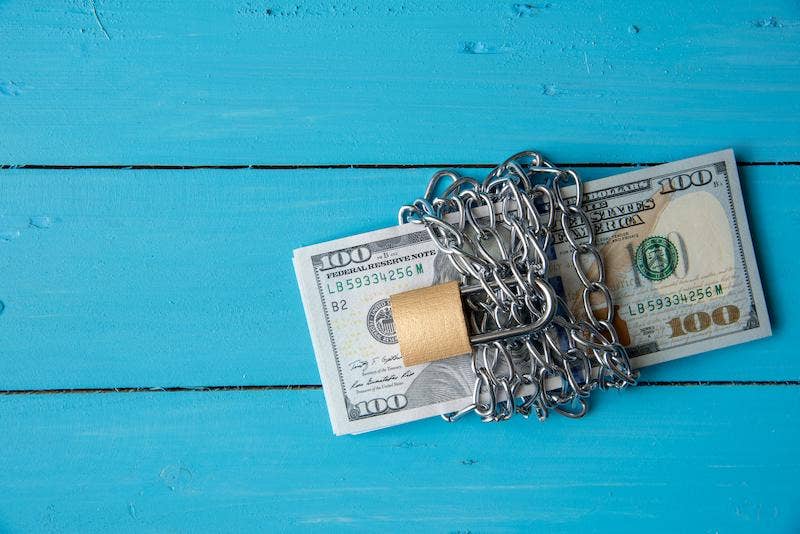 The world remains steadfast, tightly gripped in the midst of the COVID-19 pandemic. However, there is another calamity lying in wait, one that is sadly unavoidable at this point.

The debt bomb is primed, set, and ready to go off, not just in the United States, Canada, or the United Kingdom, but rather across the entire world.

There is no escaping it, but there is still time to prepare.

The dot com boom and bust, the housing collapse of 2008, and now the economic ruin caused by COVID-19 lockdowns have all systematically chipped away and destroyed the foundation of many economies across the world.

Led by Keynesian economists, Central Banks around the globe have avoided taking their medicine and letting the system collapse and correct itself naturally.

This has been done through their favorite tool of economic control: printing copious amounts of fiat money and throwing it at the problem.

The results of their actions are in the pudding, as the world continues to chug along.

They have done what many believed to be impossible time and time again, putting band-aids on the wounds and keeping the system afloat for just a little bit longer each and every time. 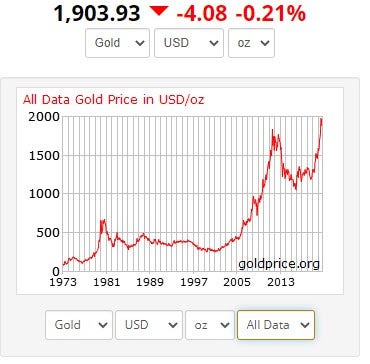 But at what cost?

There is a reason why the price of gold has continued to trend higher and higher since these unchecked bailouts began in earnest. The precious metal is accounting for the new level of fiat money injected into the global economy.

The problem with simply throwing artificial, printed-out-of-thin-air money at each and every economic calamity is the fact that you are just burying the problem and masking the gaping wound.

The rot still exists, and the structural, long term damage to the system still remains. You cannot dig yourself out of a "debt hole" by simply creating an ever-increasing amount of more debt.

Nothing has changed, nothing has been fixed, and the debt continues to grow and grow, reaching what is inarguably now unsustainable levels.

Are the COVID-19 Bailouts the Icing on the Cake?

The latest bailouts, which occurred in every established country around the world in response to the COVID-19 pandemic, is truly the icing on the cake.

In a record-breaking period of time, countries have printed ungodly amounts of fiat money, tossing it at their citizens, businesses, and whoever else would accept it, as people were forced out of work and made to stay home.

This brought the global economy to a halt, and although some new versions of "normality" are now returning in many areas of the world (others remain less well off), businesses on Main Street are still heavily impacted and feeling the pain.

However, the worst part of all of this, at least economically speaking, is the long-term damage that is coming thanks to these bailouts. 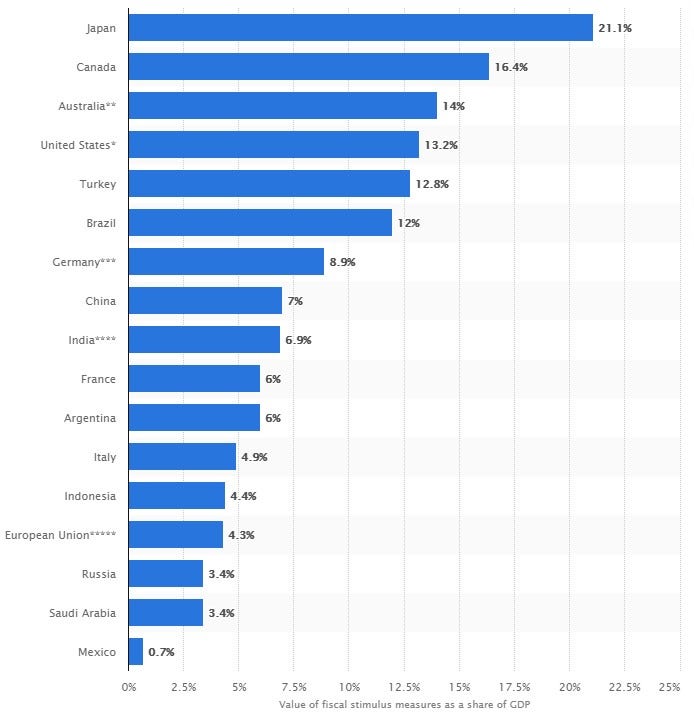 In true Keynesian fashion, countries increased debt levels the likes of which have rarely been seen outside of war times.

Japan, Canada, Australia, and the United States led the charge, injecting a stunning 21.1%, 16.4%, 14%, and 13.2% respectively of stimulus—when compared to their yearly GDP—directly into their economies.

The worst part of all of this is the fact that more stimulus is going to be needed before the COVID-19 pandemic is fully resolved, with many countries already working on fresh waves of bailout money, meaning that further significant increases in debt-to-GDP ratios are yet to come.

The world is now truly awash in debt, with many countries finding their debt-to-GDP ratios at unsustainable, non-recoverable levels. 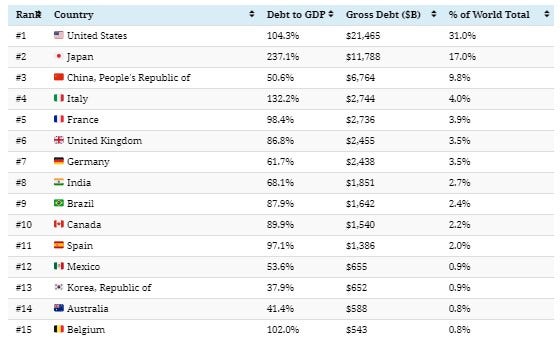 Debt-to-GDP ratios at this level are akin to "circling the drain", with the problem now compounding upon itself, as the best thing most countries can hope for is to make the interest payments on this debt.

This will only further exacerbate the problem, causing these highly indebted countries to go further and further in the hole to help finance the pre-existing debt and new obligations / bailouts that arise.

We are truly living in a sea of debt and a world of problems.

The debt bomb is primed and ready to go off— it only needs a spark to ignite it.

Don't be caught off guard when that day inevitably occurs and this "house of cards" comes crashing down upon our heads.

Get prepared and keep stacking.