Timeout Due After Big Gains 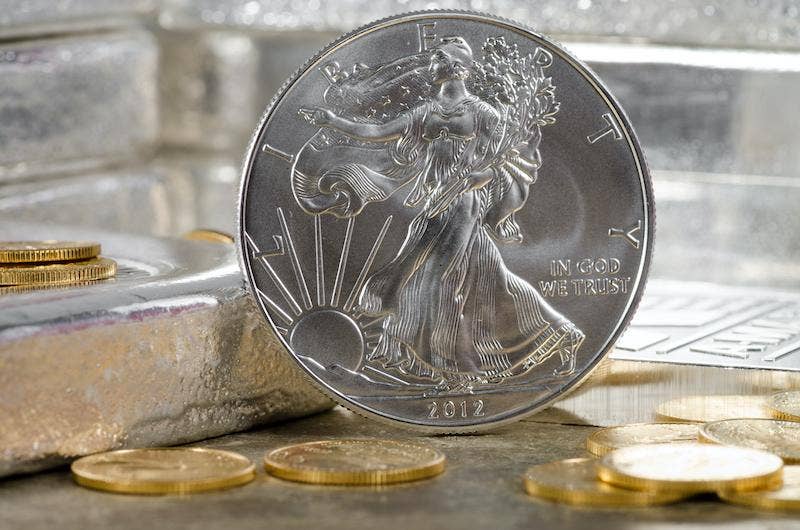 The weekly chart says it all. 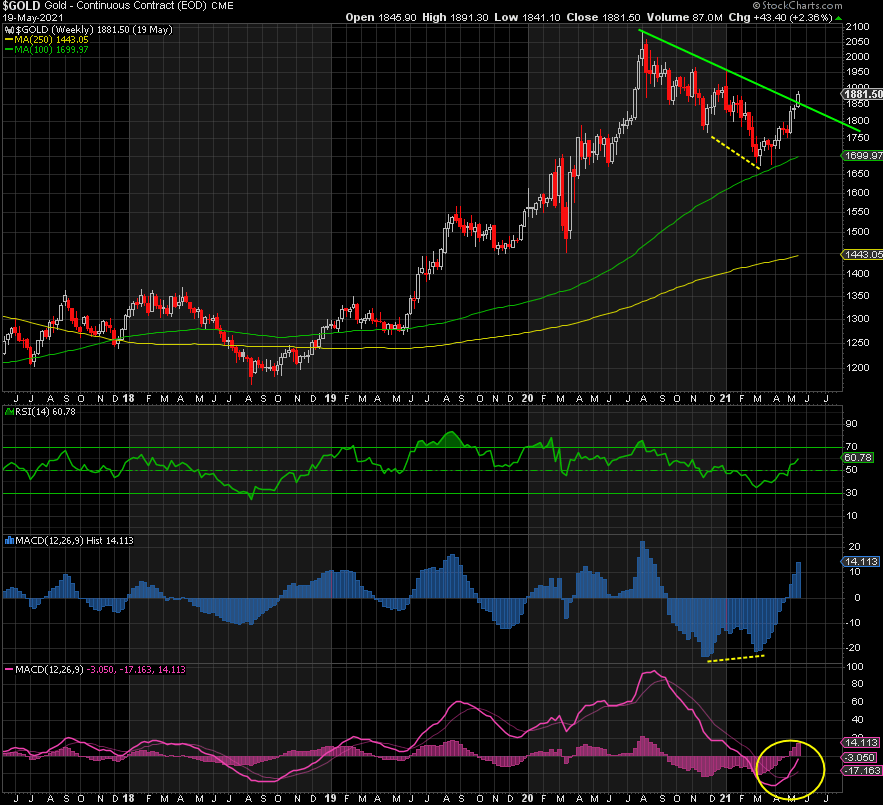 The bottom is in at 1673. The downtrend since August 2020 has been broken. The MACD Line has turned up and powered through its signal line. All looks good. Watch for a possible backtest of the MACD Line to its signal (thin line). The same goes for price and its former trendline resistance, now support. 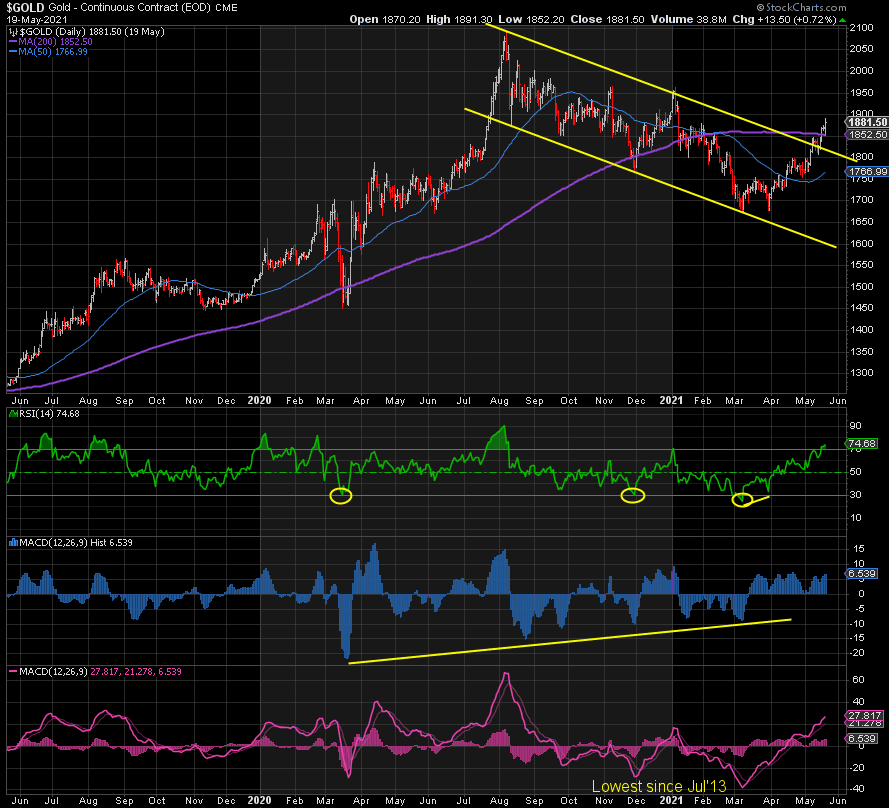 The daily chart clearly shows the breakout to the upside from its bullish flag pattern. It has also broken through the 200-day moving average. The MACD Line has soared off its lowest level since July 2013. The only caveats are that the RSI is extreme overbought at 75 and sentiment is becoming extremely bullish again. So, the risk of a short-term pullback to 1844, 1800, or even 1750-70 remains until the overbought condition is corrected somewhat. But if Gold has decided to put the pedal to the metal, there won’t be many opportunities to jump on board for new record highs later this year, imho. 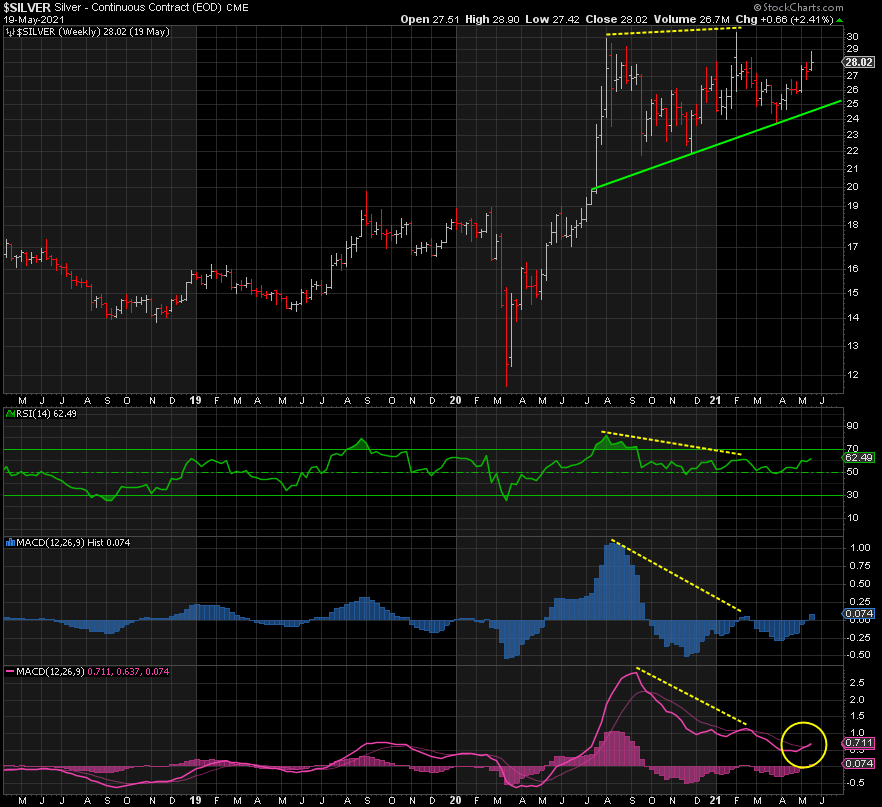 Silver’s weekly MACD has also broken through its signal line, which is bullish going forward. The extent of the drop from the peaks in the RSI and both MACDs in August provide plenty of room for a negatively divergent higher high, which could reach ~40 before the next big reversal. 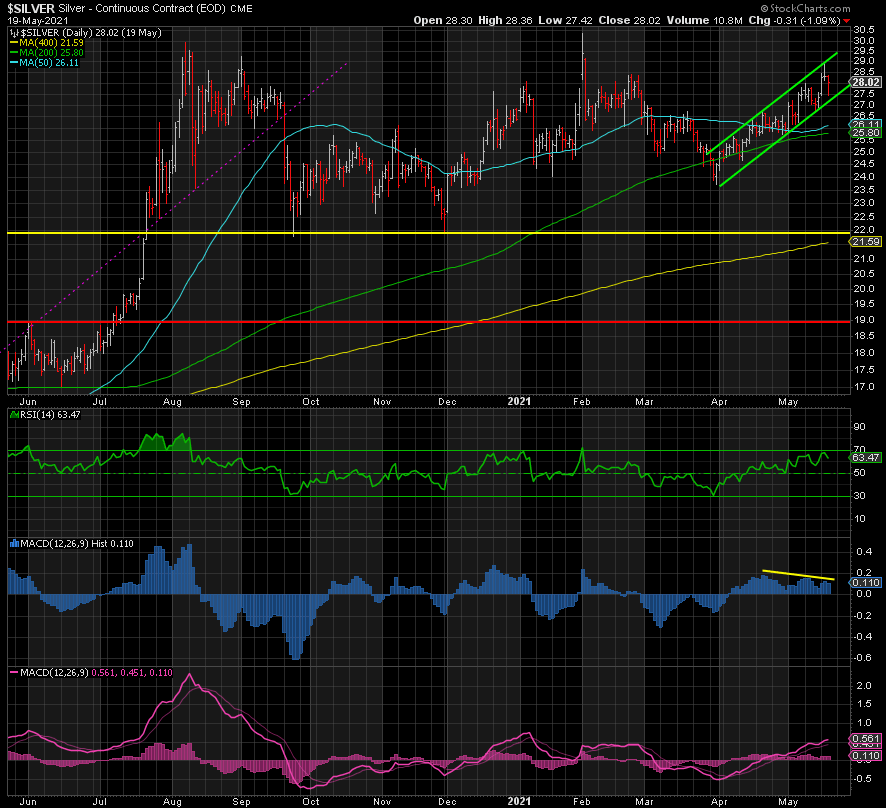 Like Gold, Silver’s MACD is trending higher. However, its MACD Histogram is showing persistent negative divergence as Silver rises in a bearish channel. This indicates the risk of a pullback to the 50 or 200-Day moving average should it break down. The fact that the RSI is coming off an extreme overbought 70 supports this thesis.

In conclusion, there is a clear pathway higher for Silver over the next few months, but we may see a decent pullback first. Another gift to buy. 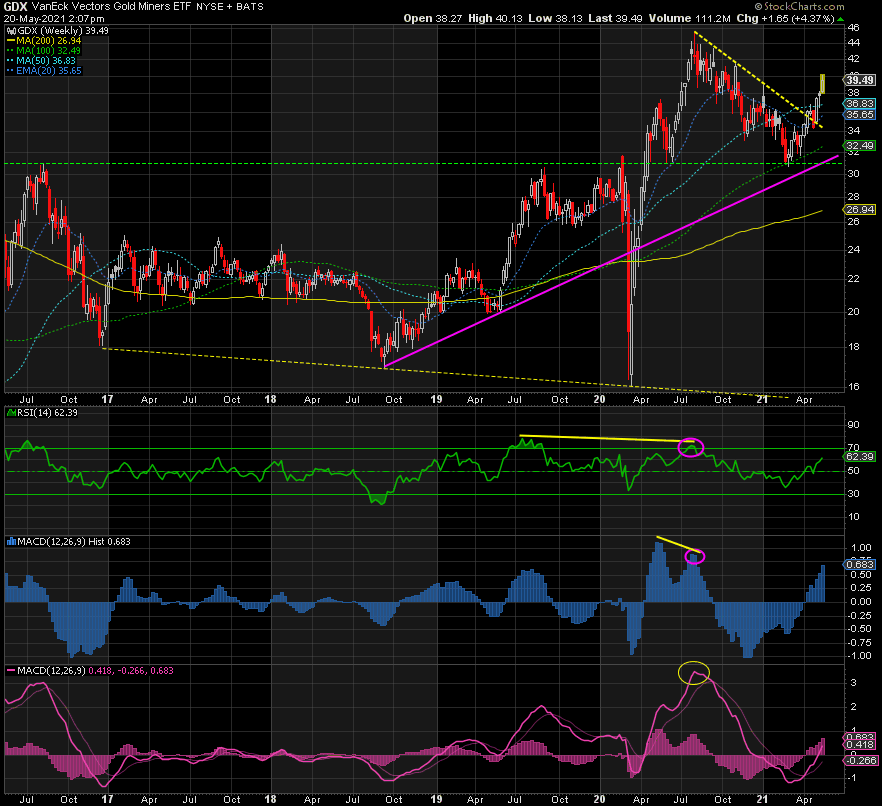 After getting hammered following its August peak, GDX’s MACD is also soaring now, perhaps too fast. Look for a possible backtest in the MACD to its signal first. 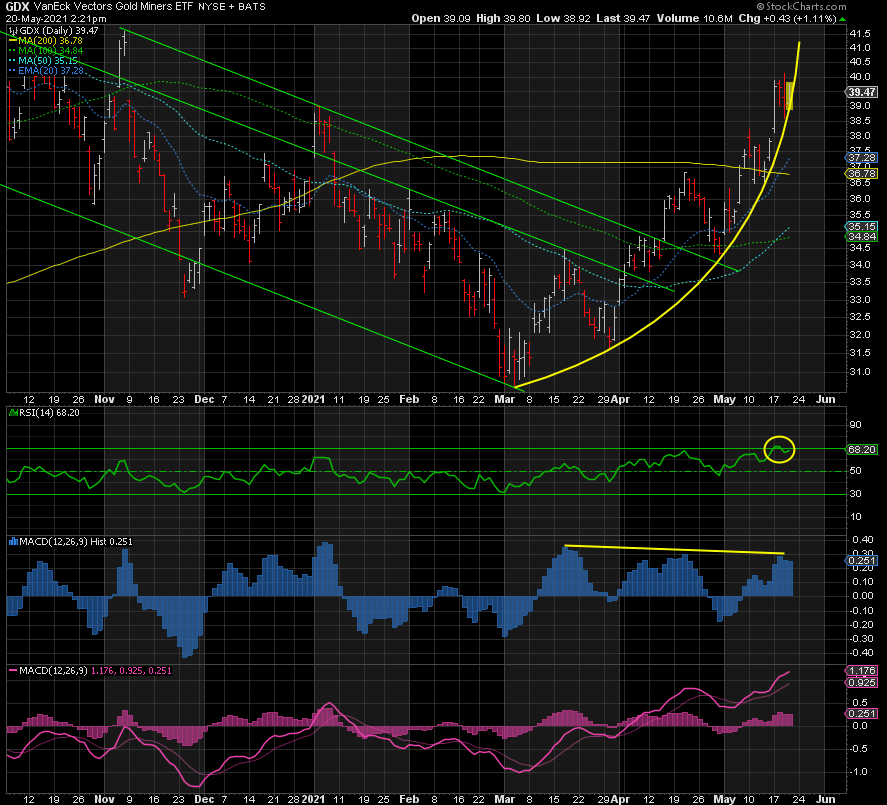 The daily chart supports the idea of a reversal, and it could be sharp given the parabolic nature of the move off the low in March. The RSI just tagged an extreme overbought 71. The MACD Histogram is negatively divergent. The MACD Line is at its highest since August last. The pullback could be as shallow as 37.70 or as much as 34.70 before turning up again. The latter is the 61.8% retracement of the entire move up from 30.64 to 40.13, a 30% increase in less than three months. The risk of renewed downside is high, but this is only in the short-term, imho. The weekly chart says we’re going higher thereafter. 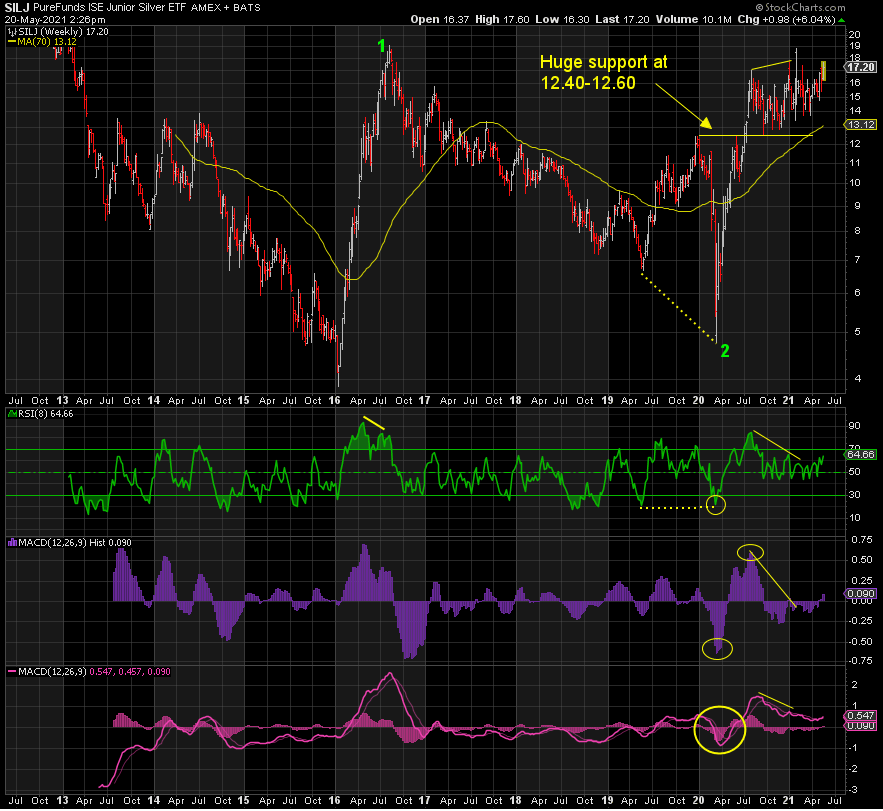 SILJ has taken a nice long breath after its stellar rally post-March. It has literally gone nowhere since then. But now it appears to be priming for a move much higher. The MACDs and the RSI have turned up again. 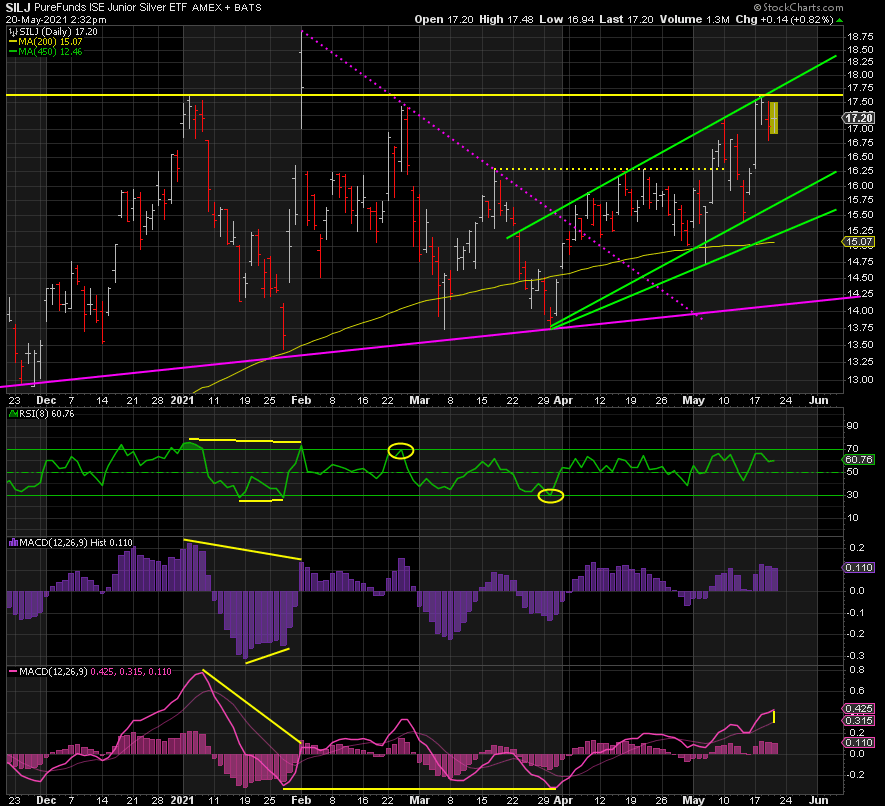 The daily chart has a similar channel to that of Silver—no surprise there. It also allows for pullback in the MACD to its signal before heading higher. Support on the downside is at 15.70 (50% Fib), 15.25 (61.8%), 14.30 (85.4%), which match all the major trendlines above, or we could even get a double bottom at 13.76. That said, we're in an uptrend of higher lows and higher highs, so any pullback would be another gift to buy.

Precious metals and miners have become extreme overbought and bullish recently and are likely due a short-term reversal. I’m focused on 1844, 1800, and 1750-70 in Gold for the next higher low. But the bigger picture signals far greater gains, and new record highs are ahead. The rally off the next low promises to be spectacular, imho.